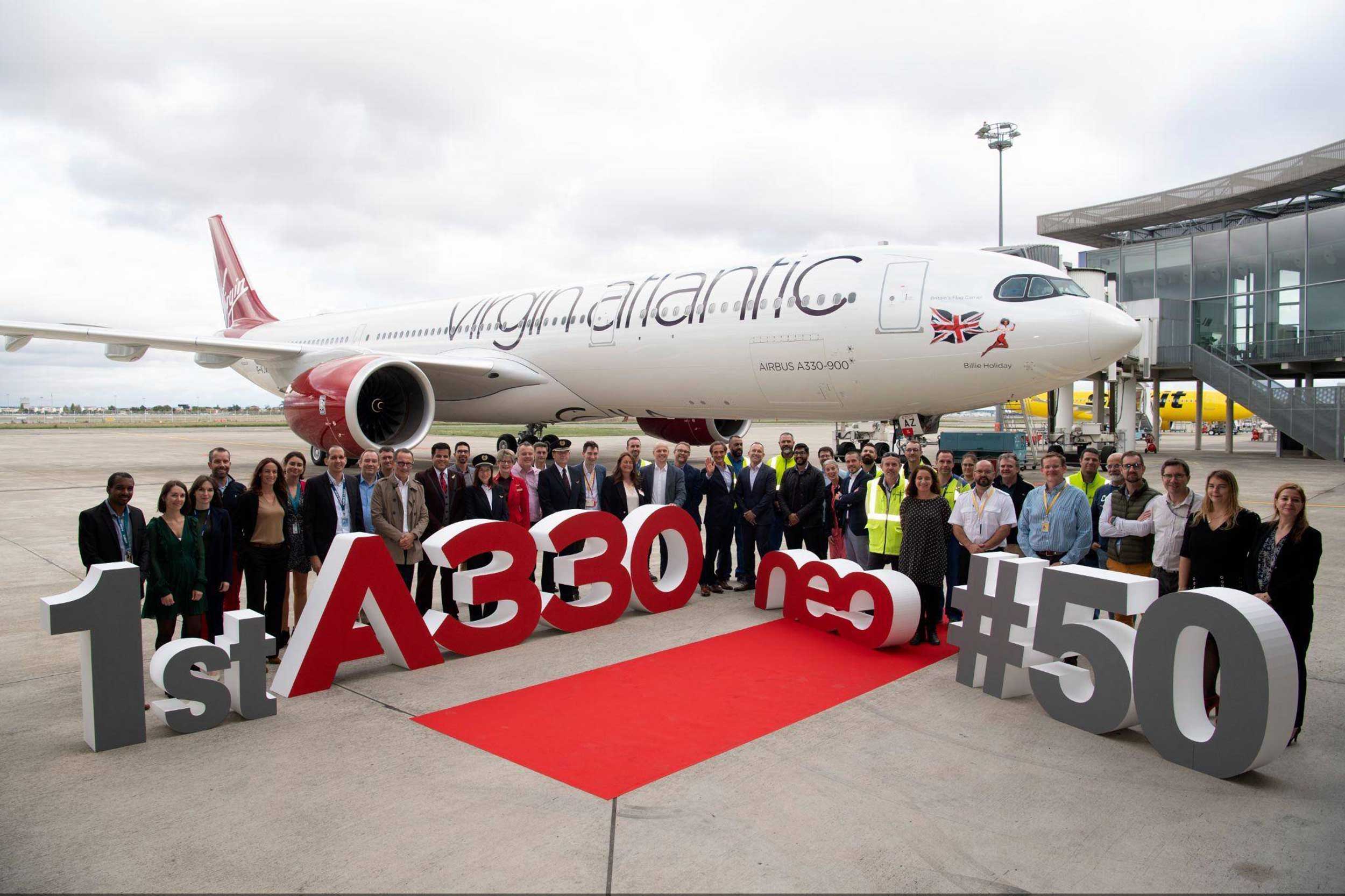 Virgin Atlantic has taken delivery of its first Airbus A330neo aircraft – the start of the airline’s fleet transformation. It’s also the 50th Airbus aircraft for the UK-based airline.

Virgin Atlantic will become the first operator of the type in the UK, and has ordered 13 A330neo aircraft with an intention to expand the fleet to 16 eventually.

The A330 Family is the most popular widebody aircraft ever in terms of customers and routes, mainly because of the A330neo’s flexibility in the mid-to-long-range market.

The aircraft is configured to accommodate 262 passengers in three classes including 32 upper-class seats featuring privacy doors and two of the carrier’s new Retreat Suites.

The Trent 7000 engine has the highest bypass ratio of any Trent engine, giving significant fuel-burn improvement per seat. It is certified to operate on a 50 percent blend of Sustainable Aviation Fuels (SAFs). The aircraft’s delivery flight from Toulouse to London Heathrow flew with a 35 percent SAF blend.