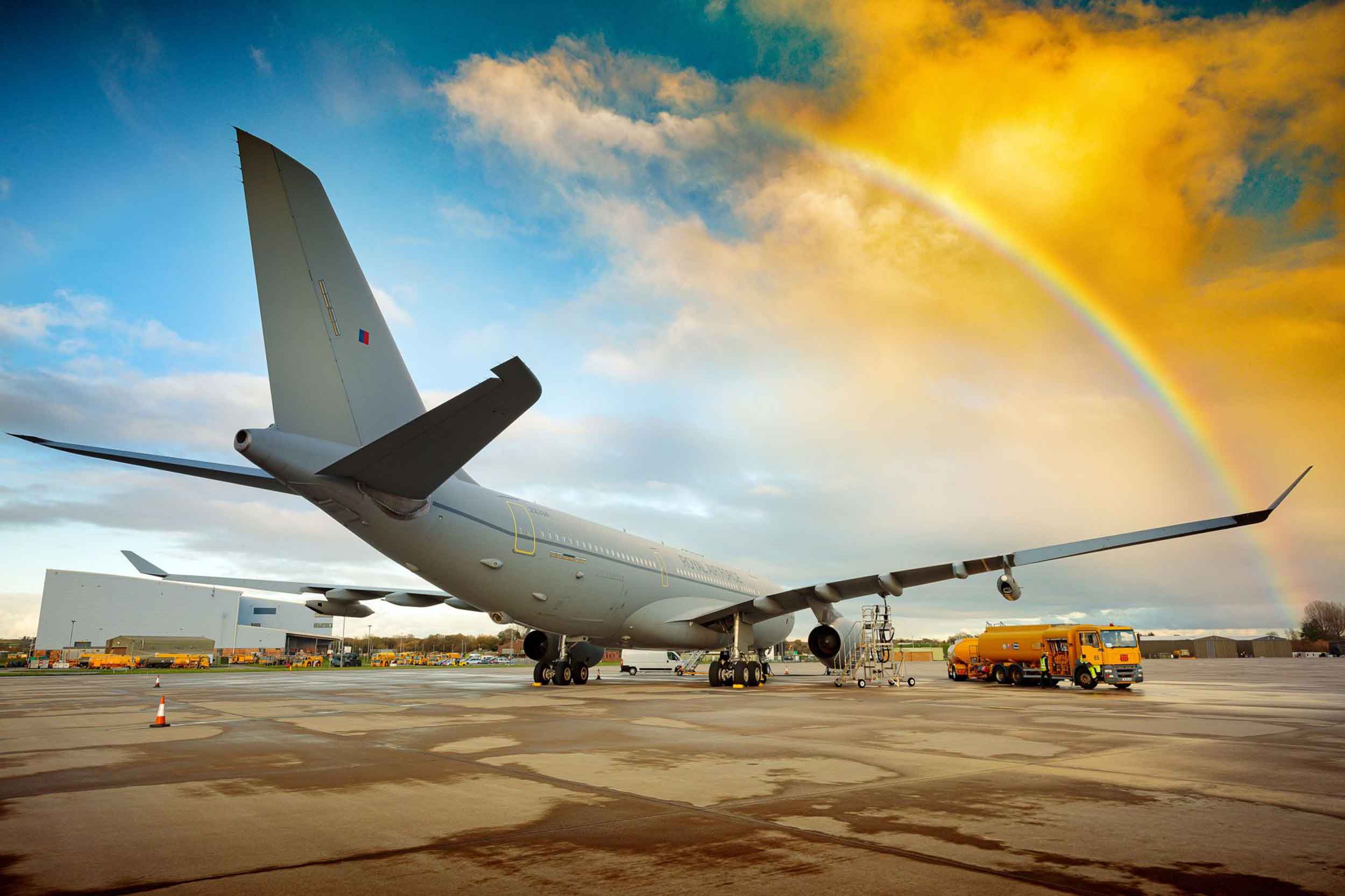 The RAF’s Voyager transporter, based on an Airbus A330, being refuelled with Sustainable Aviation Fuel. Photos: MoD

The UK’s Royal Air Force and industry partners have carried out a world-first flight in an RAF Voyager powered entirely by 100% sustainable aviation fuel (SAF).

It’s the first time such a flight has been made in an aircraft the size of the Voyager, a military version of an Airbus A330. The flight was a joint endeavour between the RAF, Defence Equipment & Support (DE&S) and industry partners Airbus, AirTanker and Rolls-Royce, with the fuel supplied by Air bp.

Sustainable aviation fuel – which is made from waste-based sustainable feedstocks, such as used cooking oil – reduces lifecycle carbon emissions on average by up to 80% compared to the conventional jet fuel it replaces.

The 90-minute flight from RAF Brize Norton, flown by a combined RAF, Rolls-Royce and Airbus flight test crew, replicated an air-to-air refuelling sortie and was witnessed by senior RAF and industry representatives.

The team behind the successful world-first flight

Chief of the Air Staff, Air Chief Marshal Sir Mike Wigston said, “Climate change is a transnational challenge that threatens our resilience, our security and our collective prosperity. That is why I have set the RAF the ambitious challenge of becoming the world’s first net-zero Air Force by 2040. The way we power our aircraft will be key to meeting that challenge and the RAF is already thinking about how we will operate beyond fossil fuels.”

Aviation Minister Baroness Vere added, “This is a win for the planet and a testament to British ingenuity. We have launched the £165 million Advanced Fuels Fund to kickstart a homegrown SAF industry, as well as challenging the sector to deliver the first net zero transatlantic flight next year.”