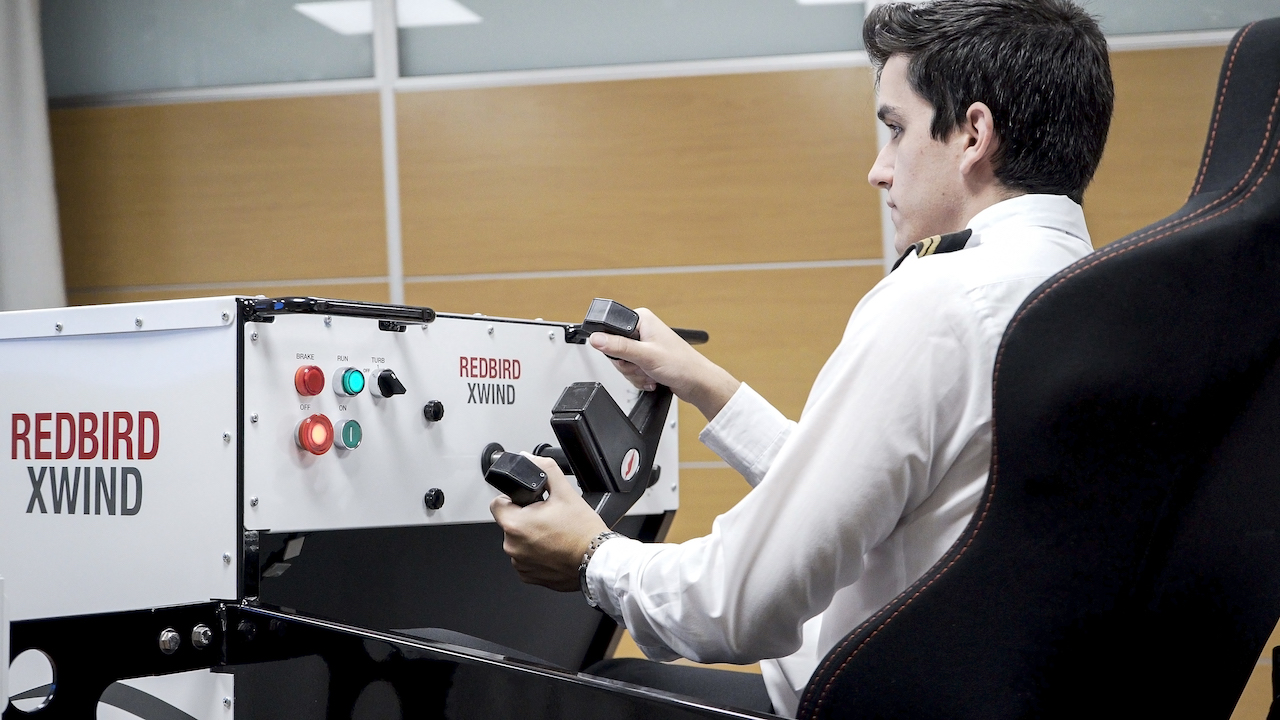 So how do you learn to land an aircraft with the wind blowing sideways across the runway – a crosswind?

As a commercial pilot you’ll have to deal with crosswinds – up to a point. You also have to recognise when the crosswind is beyond limits and divert elsewhere.

Spain’s One Air, an ATO based in Malaga, has installed a special crosswind simulator that is much more than just a screen. TheRedBird Xwind is a full motion simulator, meaning it moves around as you move the controls just as a real aircraft would.

What’s more, your instructor (torturer?) can also dial in changing wind conditions including gusts, just as can happen in the real world.

The RedBird Xwind can deliver:

And it can also do this up to 30 times in a hour, many more than you’d achieve doing circuits. 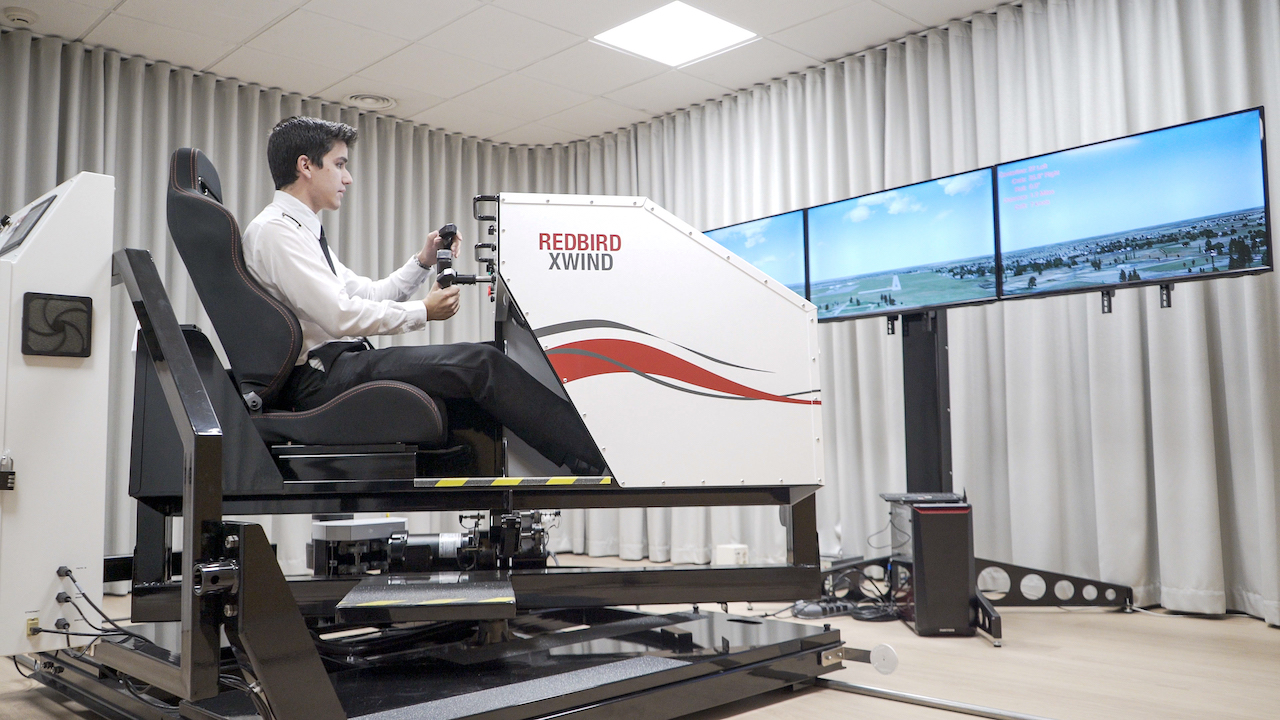 The Xwind achieves this with an electric full-motion platform. It also provides a grading system. After each landing, the students have a score based on how they landed and how much time they put into doing it. It permits them to see how they evolve with or without an instructor, thanks to instant feedback.

All the usual crosswind landing techniques can be simulated: crabs, side slips and front slips.

“All these elements allow us to train in the best conditions when the students want to train – they have free access to it,” says One Air.

“The simulator ‘polishes’ the pilot’s control capabilities under challenging conditions on approach and landing.”

Watch it in action here