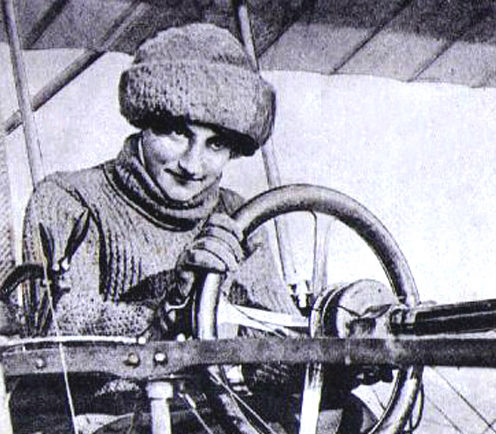 FTEJerez has announced that the pilot training academy will co-sponsor the Thomas Cook Airlines/FTEJerez Scholarship for Female Pilots, inspired by French pilot Raymonde de Laroche, the first woman in the world to receive an aeroplane pilot’s licence.

The scholarship is open for female applicants to be trained at FTEJerez as part of the Thomas Cook Airlines Mentored Cadet Pilot Training Programme. Each year for the next five years, one scholarship of 30,000 euros will be awarded to a successful applicant to be applied towards her training costs at FTEJerez.

“We share the airline’s goal of attracting more female pilots to the profession and we are therefore honoured to be associated with the Thomas Cook Airlines initiative by part-sponsoring this Scholarship,” said Oscar Sordo, FTEJerez CEO.

Paul Hutchings, UK Managing Director and Group Airline Director of Operations at Thomas Cook Airlines said, “As we celebrate International Women’s Day, there was no better time to raise awareness of the many opportunities to build a career and encourage more young girls and women into the aviation industry.

“This scholarship is further proof of our commitment to highlight that our industry is for men and women.”

We’re partnering with @_FTEJerez to announce a new scholarship for aspiring female pilots.

It’s in honour of Elise Raymonde de Laroche, a French pilot and the first woman ever to receive a pilot’s licence, 108 years ago on this day, 8 March, 1910 ?‍✈️#InternationalWomensDay

The first MPL licences (multi-pilot licence) have been issued in Spain to graduates of the Vueling cadet programme run by FTEJerez. The MPL licence is...

L3Harris is offering a part-scholarship for new pilot cadets who enrol before 31 December 2021.