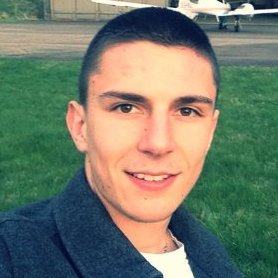 The next pilot cadet in our new series of profiles, aimed at showing the wide variety of people who train to become pilots, is Emil Avramov, 21, who’s attained a fATPL through the modular route and is currently studying for a BSc Aviation degree at the University of Leeds

How long have you wanted to become a pilot and why?

I was in high school, when I started to look for a career which would be rewarding and one which I would enjoy. Not having a specific job in mind, I started writing the characteristics of my dream job and so ended with the following list: be rewarding, involve travelling and meeting different people, be intellectually stimulating, offer challenges every day and last, but not least, working on an office desk, which was something which I wanted to avoid. At that point, I was 15 years old and the job of an airline pilot started to appeal very much to me. I was soon in a state where aviation captured me and I knew that flying aeroplanes to different destinations every day would be my ultimate career.

What type of training are you undertaking and towards which licence?

Modular ATPL and a BSc Aviation Technology and Management at University of Leeds, UK

What stage of pilot training are you currently in?

I am currently focusing on completing my Bachelor’s degree after I completed a Multi Crew Cooperation course in January 2016 and achieved a Commercial Pilot Licence and Instrument Rating in July 2015.

“I found myself faced with the recovery of an engine failure while en route at 6,000 feet in a mountainous area in the Republic of Bulgaria”

I have certainly learned a lot from when I found myself faced with the recovery of an engine failure while en route at 6,000 feet in a mountainous area in the Republic of Bulgaria! Nevertheless, it was the challenge to build a hundred hours, pass all 14 ATPL theoretical exams and achieve first class results at university, all at the same time over the period of a few months. It’s managing time, staying focused and building up motivation that leads a person to their dreams. In my case, if it were not for the challenges I’ve faced, I would not have developed as much as I have done so far.

What’s been your favourite part of training so far?

Flying the Diamond DA42 on international routes. It is probably the best aircraft for Instrument Flight Training as it’s equipped with the G1000 glass cockpit system and allows the pilot to fly very precisely when under instrument conditions. As part of the programme at Diamond Flight Academy Scandinavia we flew to Denmark, Poland and Norway. We did some exciting approaches, such as the one at Stockholm Bromma Airport, which required overflying the city and landing just five kilometres from its downtown. We also flew visually in the Norwegian Fjords, which was an experience that I will never forget.

What’s the next step for you once you have your licence?

Now that I have my fATPL, I am looking for opportunities to fly as a First Officer with an airline. There are a few months until I complete my higher education and I am focusing on that. Moreover, in order to share my experiences with others and pass my knowledge, I have developed PeakAviation with the aim to inspire and help future pilots reach qualification.

Your three words to describe a flying career?

What words of advice would you pass on to any aspiring pilot hoping to follow the same route as you?

Constantly think about your dream of becoming a pilot and often visualise yourself sitting behind the controls of the airliner you want to fly. Make a plan on how you are going to achieve that and think about how you could improve yourself every single day. Question yourself what you can do differently so you can stand out from the crowd at the end. And make the most of your time while in training! 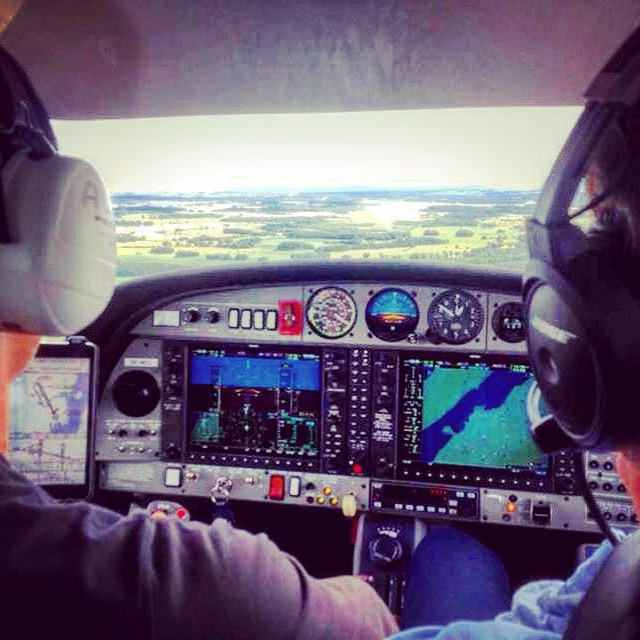