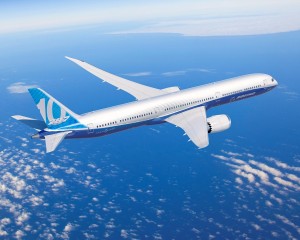 Boeing set a company record in 2013 for the most commercial aeroplanes delivered in a single year with 648.

“With solid execution on our numerous production rate increases, the Boeing team performed extremely well in 2013,” Boeing Commercial Airplanes President and CEO Ray Conner said. “We delivered more advanced, fuel-efficient aircraft to our customers than ever before, and it’s a great example of what our team can accomplish.”

In 2013, three programmes set records for deliveries in single year:

With the higher production rates achieved in 2013, all three Boeing Commercial Airplanes production sites in Everett and Renton, Wash., and North Charleston, S.C., delivered a record number of aeroplanes.

The demand for pilots shows no sign of easing according to the latest 20-year forecast. A total of 804,000 new commercial aviation pilots will be need...

Boeing is forecasting that the Asia Pacific region will have the greatest global demand for new civil aviation personnel over the next 20 years. The r...