The tribute marked the first time an all-female crew of four pilots had handled a long haul service for the national carrier. “We also had an all-female engineering crew meet the aircraft,” said an airline spokesperson, who added, “Overall across our fleet 7 per cent of our pilots are female. In our jet fleet the figure is 5 per cent, but in our regional fleet, where many pilots start out, it is 12 per cent – with 9 per cent of female pilots at Air Nelson and it’s as high as 16 per cent at Mt Cook.”

In October 1926, Jean Batten left from Lympne Aerodrome, near Folkestone, Kent, flying a Percival Gull, arriving in Auckland, New Zealand, after an arduous flight which took her 11 days 45 minutes; while Batten had installed two extra petrol tanks in her aircraft, to reach Australia she still had to land and refuel at numerous locations across Europe, the Middle East and Asia. En route she slept little, flying day and night, sometimes in bad weather. The final leg, from Sydney to Mangere Aerodrome, Auckland, was particularly daunting, given that the Tasman had only been crossed a handful of times by single-engined aircraft. However, Batten persevered, as not only did she want to be the first person to link England and New Zealand, she also hoped to show that aviation wasn’t ‘outstanding’, but ‘commonplace and safe’. More information on her flight here. 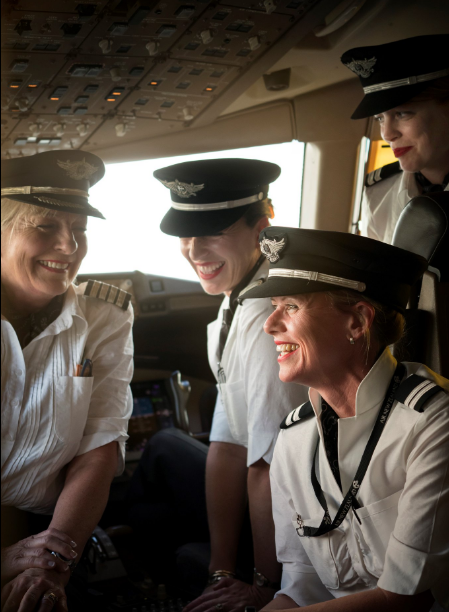