Air India is claiming to have set a new record with the first round-the-world flight by an all-female crew.

Last week, an Air India Boeing 777-200LR flew from Delhi, India to San Francisco, USA and back again with the all-female crew which not only comprised the pilots but also the cabin crew, check-in staff, baggage handlers and even Air Traffic Control in Delhi. 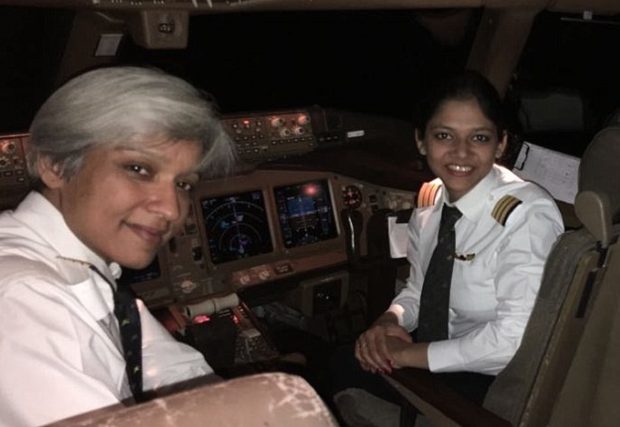 The B777 captain, Captain Kshamata Bajpayee, said, “The flight is a symbol of women empowerment and it will encourage women to step out of their comfort zone and succeed in male-dominated arenas too.

“The entire message is actually to encourage young girls who have dreams of getting into the skies and they feel it’s too technical or this is something only men do. Every single male-dominated function can be carried out by women safely and efficiently.