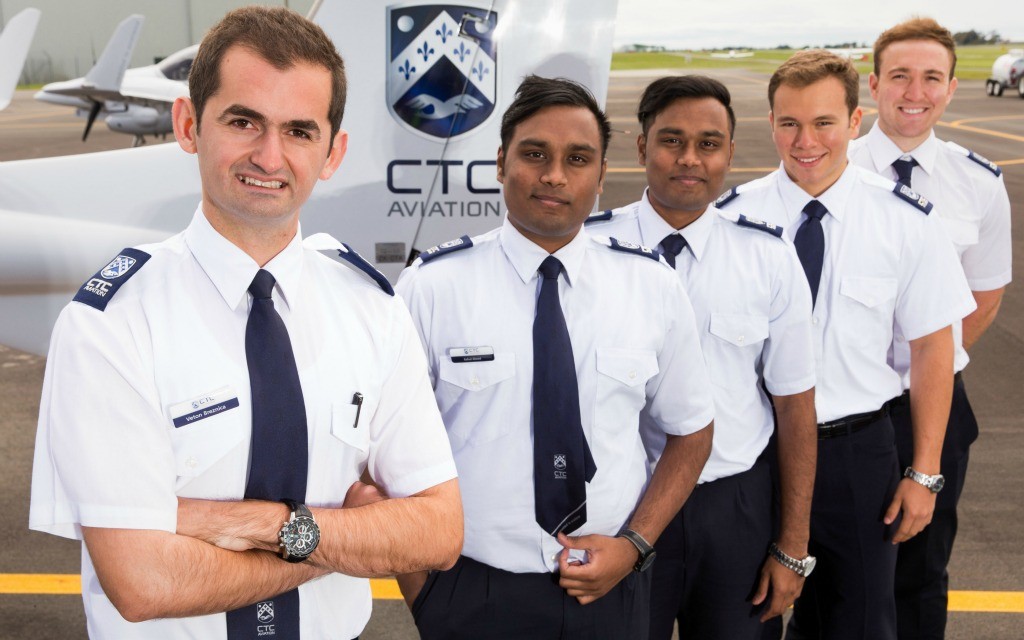 When airline pilot training company CTC Aviation opened its Hamilton Crew Training Centre in 2005, it trained primarily UK and European airline pilots. However, with the recent recruitment of its first-ever Kosovo citizen, the airline training organisation now has 25 nationalities in training in New Zealand.

“With those international partnerships come international recruits and, as of this month, we are fortunate to now have 25 different nationalities currently training with us from all four corners of the globe, including Bermuda, Ireland, India, Slovenia, Malaysia, Canada and Brunei to name just a few.”

With centres in the United Kingdom and United States as well as New Zealand, the organisation annually trains and recruits approximately 3,000 aircrew for more than 50 global airlines. When the Hamilton facility, located at Hamilton Airport, opened in April 2005, the trainee intake into its flagship airline pilot career programme CTC WINGS was 80 per year. Today, the number of aspiring pilots in training has reached around 400 per year.

The announcement comes as CTC Aviation held its largest ever annual airline pilot graduation ceremony on Thursday 10 December 2015 at its centre in Southampton.

CTC Aviation’s airline partnership with Qatar Airways, announced in February 2014, has contributed greatly to the number of international recruits training in New Zealand – with the latest, Veton Breznica of Kosovo, being a prime example.

27-year-old Breznica believes he is the first Kosovar citizen in history to train as a commercial pilot and has been recognised in his country for this feat. Although Europe’s youngest nation, Kosovo is not currently part of the EEA. After actively trying to find an airline training programme that would accept his citizenship status, Breznica is now able to fulfil a lifelong aspiration of training to become an airline pilot having been accepted by Qatar Airways and CTC Aviation as a trainee.

Breznica says he’s felt very welcomed by the staff and his fellow trainees, and has made himself at home at CTC Aviation’s facilities and in the Waikato since arriving several weeks ago.

“I was given a very nice reception. It is wonderful to be here and to be making my dream come true,” he said.

“I want to be an example to my fellow young people in Kosovo to dare to dream and will to win. Ground school and trainee life has been awesome so far, and I’m excited to continue with, and eventually complete, my training.”

Following 12 months of ground school and flight training here in New Zealand, Breznica will head to CTC Aviation’s UK facilities for six months of aircraft ‘type rating’ training in preparation for flying as an A320 co-pilot for Qatar Airways operating from Doha.
Breznica is somewhat of a celebrity in his home nation because of his flying achievements despite the seemingly huge barriers he has faced, so much so that he has been asked twice to speak at European TedX events. His talks can be watched here.