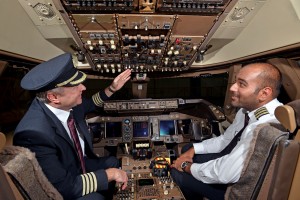 The fully-sponsored programme, run in partnership with CTC Aviation, is the only one in Europe that sees new recruits training on long-haul aircraft once they receive their license. The programme is fully-sponsored; cadets will be asked to lodge a security deposit of £109,000 at the beginning of their training and cadets’ investment will be repaid during employment with Virgin Atlantic (subject to qualification criteria) on completion of training. It may also be possible for Virgin Atlantic to act as bank loan guarantors for a small number of successful candidates if required. Virgin states that the programme offers an opportunity for everyone, including the most exceptional candidates with potentially limited financial resource. Applications are now open via www.ctcaviation.com/virginatlantic for two weeks.

David Kistruck, General Manager, Flight Operations at Virgin Atlantic, explained, “Our people have always been at the heart of Virgin Atlantic and we’re delighted to offer this opportunity to a whole new generation of flyers. They’ll be part of the Virgin family from day one and will enjoy an opportunity like no other, as the only trainee pilots in Europe to fly straight onto long-haul aircraft once qualified, building their career as an ambassador for one of the world’s most iconic brands.

“It’s an exciting chapter in our history to be able to offer a programme that closes the gap between the dream and the reality of piloting a long haul aircraft and we’re looking forward to finding our diverse and talented flight crew for the future.”

The 18 month programme comprises pre-flight training, full motion flight deck simulation at CTC Aviation’s Crew Training Centre Southampton, along with flight training in Phoenix, Arizona. The programme leads towards the CAAs latest Multi Pilot Licence (MPL) and a position as a Virgin Atlantic First Officer operating the Airbus A330-300. To ensure a smooth transition for all trainee pilots, a team of front-line Liaison Pilots will be on hand to answer questions, provide feedback and act as mentors for the recruits.

Applicants are required to have a minimum of five GCSEs or equivalent including Maths, Science and English. No flying experience is required and ground school accreditation should not exceed PPL (Private Pilot’s Licence) studies.

If potential applicants would like to find out more about the scheme, a team from the programme, including the Liaison Officers, will be attending The Professional Flight Training Exhibition, at Heathrow Airport, on the 1st November. 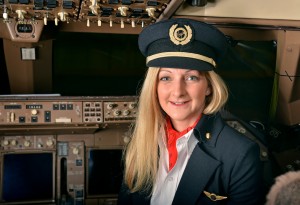 This pioneering MPL programme is the first to have been designed to enable graduates to enter directly into flying wide-body, Airbus A330 aircraft as co-pilots on Virgin Atlantic’s extensive long-haul network.

The initial course of 6 recruits will embark on a journey from trainee through to co-pilot at CTC Aviation’s new generation Crew Training Centres in both the UK and USA; training on brand new, Electronic Flight Instrument System (EFIS) and Traffic Advisory System (TAS)-equipped Diamond DA40 aircraft and Airbus full-flight simulators.

Upon returning to the UK trainees will complete an Upset Prevention and Recovery Training (UPRT) module and complete further training on both A320 and A330 full-flight simulators, culminating in A330 aircraft base training.  Upon MPL issue, they will then commence ‘flying the line’ as an A330 co-pilot for this most iconic of airlines.

The programme also offers the opportunity to elect to complete a BSc Honours Degree in Professional Aviation Pilot Practice in association with Middlesex University and the Aviation Skills Partnership.

CTC Aviation’s CEO, Rob Clarke added, “We are honoured that Virgin Atlantic has chosen us as a training partner to deliver their Future Flyers Programme.  A key focus for us has always been to enable talent to enter the flight deck and we have developed this CTC WINGS airline pilot career programme for Virgin Atlantic with just this sort of opportunity in mind; one that identifies potential irrespective of social and financial background and enables motivated individuals to pursue their airline pilot career goals and beyond.”

CTC Aviation is also hosting two Airline Pilot Career Events at their Crew Training Centre – Southampton on 8 and 9 November 2014 – with Virgin Atlantic providing the guest speaker to present the ‘Future Flyers’ programme at both events.  To register to attend, visit ctcaviation.com/wings

Both Virgin Atlantic and CTC Aviation will also be hosting a series of ‘chats’ through their social media channels during the application window.

Apply online through ctcaviation.com/virginatlantic until 16 November 2014.