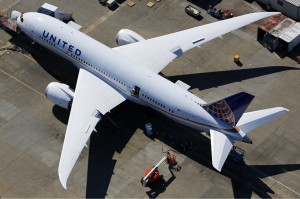 A Boeing 787 Dreamliner has landed safely after being diverted when pilots were made aware of a potential oil filter problem.

In the latest of a series of setbacks for the new model, United Airlines stated on 18 June that a Boeing Co 787 on its way to Tokyo from Denver was diverted to Seattle after an indication of a problem with an oil filter in an engine, but the plane landed without incident.

The unscheduled diversion is the latest hiccup for Boeing’s newest aeroplane, which has been beset by problems and only recently returned to the skies after regulators grounded it worldwide due to trouble with its batteries.

“United flight 139 from Denver to Tokyo-Narita diverted to Seattle due to an indication of a problem with an oil filter,” United said in an emailed statement. “The aircraft landed normally and without incident and we are working to re-accommodate customers.”

Boeing said it was aware of the issue and was working with United and General Electric Co on the problem. GE Aviation, the GE unit that made the jets installed on the 787 in question, did not immediately respond to a request for comment.

Regulators and investors are keenly following the progress of the 787 Dreamliner, Boeing’s first predominantly carbon-fiber aircraft, which was more than three years late getting into service after a number of production setbacks.

Introduced by airlines in late 2011, the Dreamliner was grounded worldwide in January after its lithium-ion batteries overheated on two jets in about a week. It resumed commercial service in May after Boeing installed a redesigned battery system on the 50 jets in service.

There was no initial indication that any problem with the plane on Tuesday was related to the battery.

United Airlines is going supersonic! The US airline has ordered a fleet of the supersonic airliners being developed by Denver-based aerospace company ...

United Airlines to train 5,000 new pilots by 2030 and expand diversity

American airline United has surprised the aviation industry by launching a new pilot training and recruitment campaign in the midst of the pandemic. I...

Boeing’s troubled 737 MAX can restart passenger operations after both the European and US authorities gave the OK for the return to service of a mod...