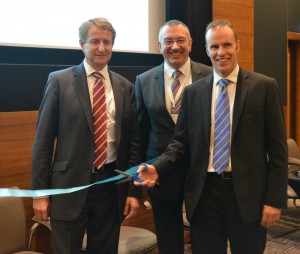 Trainee pilots are now eligible for government funding to support their training costs with the announcement of a BSc (Hons) Professional Aviation Pilot Practice Degree/Higher Apprenticeship. Enrolment for the degree is now open at Middlesex University and all training will currently take place through CTC Aviation.

The degree, which will be exactly the same as an integrated course at the training provider but with a different title, enables pilot trainees to access government student loans potentially to amounts of £42,000. The programme has been developed to meet the requirements of both a degree and a Higher Apprenticeship.

Importantly, the degree framework allows students to transfer credits between degrees, should a student lose their medical, or decide to pursue a different career, which significantly reduces the financial and personal risk for people training towards a pilot career.

It’s also planned that airlines will be able to employ these pilot cadets as apprentices during their training, although specific airline involvement is yet to be announced.

Simon Witts from the Aviation Skills Partnership, the company behind the framework, explained, “This is groundbreaking for pilot training, it’s transformational in terms of how the aviation industry is now working directly with the education system.” He added, “I can’t say too much about airline involvement yet, but we definitely have airlines interested in employing apprentices and we hope to announce more about this soon.”

Martin Hunt, Managing Director at CTC Training (UK) added,”The intake will be each month, it’s not tied to the academic year – all applicants will go through CTC’s regular selection process and we expect to be welcoming around 24 new cadets a month under the new scheme.”

Ray Elgy, UK Civil Aviation Authority, who chaired the Programme Board that helped bring the programme to the point of launch said, “This is a programme which makes a significant contribution to increasing accessibility to pilot training and I look forward to seeing airlines and individuals enrolling on this long-awaited initiative. I would like to thank everyone from the many organisations who have contributed to this development.”

The new degree was announced at the Professional Flight Training Exhibition which took place at Sofitel Hotel, Terminal 5, LHR on 26 October. You can find more information about the course here.