New project encourages women to take to the skies

Despite drives in recent years from a number of airlines, the percentage of female airline pilots globally still hovers around the 4% mark. One woman who is working to change this is Kanchana Gamage, pilot and founder of The Aviatrix Project, a recently-established project which hopes to raise aspirations of young girls and to promote aviation as an exciting and accessible career choice.

Kanchana explained why she believes there’s such a need for this kind of project. “The number of female pilots in commercial aviation is typically around 4-5% and the worry for me has been the fact that it hasn’t changed for decades, despite various initiatives by airlines. Having been in education for more than ten years, as a teacher and head teacher, I’ve not seen young people, particularly girls, interested in a career in aviation or interested in STEM subjects. So there’s a need for us to go in and encourage young people that these careers are available for them. There’s also been work done to get lots of different organisations on board and supporting this process.”

Kanchana is pursuing a commercial pilot career of her own, after her initial career years were spent in the classroom. “I grew up in Sri Lanka, and always wanted to be a pilot. My dad was in the travel industry so we spent the majority of the time travelling or in Columbo Airport. I didn’t have the finances or any knowledge about the scholarships that might be available when I was 14 or 15, so it took me quite a long time to save up for a PPL (Private Pilots’ Licence). Of course once I was into a teaching career and quite successful in it, it made sense to save for a while and then do the Commercial Licence all in one go, making a later career change.” Her teaching background has clearly driven her passion to bring aviation back to school, making it an accessible option for young women. “For me, it’s really important to reach out to schools and communities which might not be aware of the grants and scholarships that are out there, so that young women who might have thought about it, but who may not have the means, are at least able to apply for the opportunities and meet role-models, through this non-profit company.”

When asked why she believes that, historically, women and girls haven’t necessarily been attracted to those STEM subjects, or a career in aviation, she said that the challenge of balancing a career with family could certainly be a factor. “A flying career is not one that’s conducive to nine-to-five working hours. Of course the training itself is long and can involve periods away from home, and obviously it’s very expensive. The expense element is obviously relevant to males entering the profession as well, but when you add it to the long days and the challenges of trying to marry the possibility of having a family, or already having a young family that might face women in particular, that’s all very difficult.”

For Kanchana, there’s a need to see role models front and centre. “For young people,” she says, “it’s about seeing someone at the front, seeing someone in an assembly or a workshop, or actually out there in the media, who allows them to imagine themselves in that position or job. If a person can’t see someone like themselves doing it already, it becomes very hard to get there. It’s great that, at the moment, we’re seeing many female pilots in advertising campaigns, on Twitter, on the social channels, where young people are able to see them and engage. Previously, this hasn’t been the case, we’ve always seen the male captain and often female cabin crew. So young women, particularly Year 9 upwards, haven’t had those role models, which I think is really important. That’s why I’m working to get bring female pilots and role models into schools, so young girls and women can see people like them up at the front.”

“Becoming a pilot changes your life”

The project is already gaining momentum; the BWPA (British Women Pilots’ Association) is a major partner of the project, while easyJet has also announced a joint initiative too. There’s also the Women’s Engineering Society, Mission Aviation Fellowship and Freedom in the Air to name a few, along with various flying schools who have given their support.

Her passion for the project is infectious. “Becoming a pilot changes your life,” Kanchana says. “It’s helped me to learn so much more about myself and find out that whatever obstacles might be ahead, you can overcome them; it really helps you to persevere. Even if young people complete a PPL and don’t follow the career commercially, it still gives them so many skills that make them more employable. And as for anyone out there who’s considering the career, I’d say keep going. Whatever challenges you come across, keeping working through, because you will get there, and meet and network with as many people as possible, because there’s a huge amount of support out there.”

Kanchana Gamage is a pilot and founder of The Aviatrix Project. You can find out more about the project here. 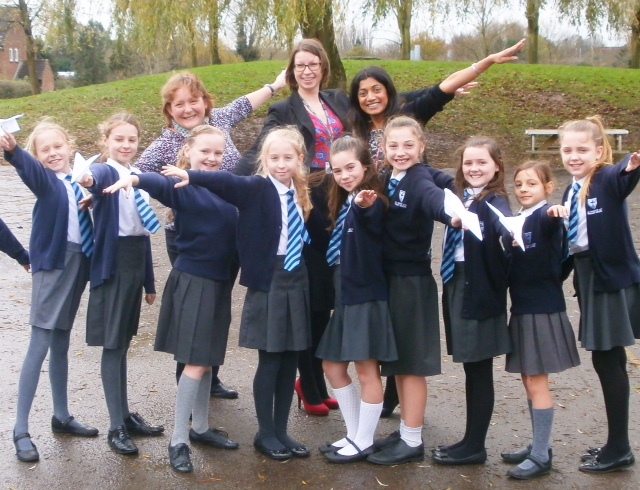 Be a pilot female pilots
see all articles