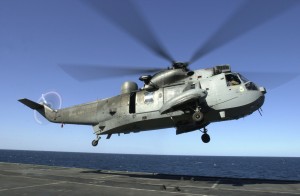 All three services offer the chance to fly some fantastic aircraft

As a pilot in the military, you might find yourself ferrying troops into combat, carrying out search and rescue missions, undertaking surveillance missions or flying vital humanitarian aid into remote areas. You might even find yourself as a fast jet pilot, where you’ll gain the flying and tactical skills needed for manoeuvres at speeds well over 1,000mph. While the type of flying you will be doing is varied, you can be sure that a pilot’s career in the military offers some of the most challenging, varied and exciting flying around.

A career with the RAF may be your first port of call, but all three arms of the military offer flying opportunities, each offering varied and exciting flying experiences. With RAF pilot recruitment currently on hold until at least July 2012, it’s certainly worth researching all the options. The Fleet Air Arm (Navy) and Army Air Corp (Army) both have pilot recruitment schemes and offer fantastic flight training programmes. All of these schemes have an immediate benefit as you don’t pay for your flight training; in fact, you earn as you train, with your salary after training starting at around £35,000. By going down the military route, you will live the military lifestyle with a possibility you will go to war, but for many people, this is part of the appeal.

Here’s a bit of information on each organisation, but make sure to visit their websites where there are videos, case studies and even live chat sessions where you can talk to servicemen and women who will share their advice and experience.

As a pilot in the Royal Navy, you’ll find yourself flying search and rescue missions, carrying troops and supplies between ships and the land, or supporting Royal Marine Commandos. Pilots flying the Lynx are trained to fire the Sea Skua anti-surface missile and the Sting Ray torpedo, an effective depth charge for blowing up submarines (showing that you don’t necessarily have to be a jet

pilot to fly in an attack role), while Sea King training will include Airborne Surveillance and Area Control.

School and college-leavers are also able to gain a Foundation Degree while training to become a pilot at the Fleet Air Arm’s Military Aviation Academy. This is a fully-funded, two-year, Open University validated degree programme.

If you like the fighting side of military aviation, then the Army Air Corps (AAC) is ideal for you. Pilots provide the security for ground units, moving troops and essential supplies. As the Army’s eye in the sky, the AAC is relied on to offer overhead support. Short Service Commissions of eight years in length are offered to Officer Cadets who make it through the Royal Military Academy Sandhurst but the real beauty of the AAC is that you can join the army as a regular soldier first. Provided you hold the rank of Lance Corporal and have been recommended and qualified for promotion to Corporal, you can apply for a four-year flying tour. At the end of the flying training and on the award of your Wings, soldiers are promoted to Sergeant and re-badged as AAC pilots.

Although it has seen drastic cuts in the number of aircraft, the force still requires pilots for a large mix of types in the years to come, with offensive fighter aircraft including squadrons of Tornado GR4s and Typhoons – plus the F-35 Joint Strike Fighter to look forward to in the near future. Tanker and transport aircraft include the VC10, Tristar, Hercules and the huge C-17A Globemaster. Other exciting aircraft on the horizon include the A400M and the Future Strategic Tanker Aircraft. There are also many helicopter pilot roles in the RAF as well as some light jets available to fly too, operated by No 32

(The Royal) Squadron based at RAF Northolt. Positions as ‘remote pilots’ for unmanned aerial vehicles (UAVs) may also appear in time, while the Hawk 128 is soon to be introduced as a training aircraft for Harrier, Tornado, Typhoon and the future Joint Combat Aircrafts.

As always, competition for places will be tough and due to the withdrawal of the Harrier and Nimrod aircraft from service, the RAF has temporarily placed new pilot recruitment on hold until at least July 2012, making pilot places in the military ever more competitive. The Fleet Air Arm aims to train between 20 and 30 new pilots this year, while the Army Air Corp is also hoping to recruit more pilots in 2012, although it cannot give an indication of how many. However, don’t let this competition put you off – put all your effort into a strong application, convince the selection boards and work hard, and it could be you flying a Tornado or an Apache in a few years time.

Candidates for a flying role will need to be in their late teens/early twenties, fit and healthy, with a good understanding of what’s happening in the world and where the armed services are deployed. Academic qualifications are needed for most pilot positions and requirements can be found on the websites; it goes without saying that the better your results are, the more competitive your application will be.

If you like the sound of the lifestyle, the missions and above all, the flying, here’s a few tips on the next step. First, do your research. Read about the pilot roles in each organisation – their websites contain a wealth of information and also have recruitment helplines to give advice and point you in the right direction, most likely to your local careers office. Always go to the official websites; they are your best starting point and will answer many of your initial questions.

The strongest applications will show a commitment to a career in aviation (perhaps with a background in the Cadets or flying experience), and also a history of extra-curricular activities with focus on team work, leadership skills and other qualities which will mark you out as ‘Officer’ material.

Your experiences may not be restricted to one section – in today’s armed forces, pilots will often transfer back and forth between flying roles. One thing is for sure, the military offers a type of flying distinct from any civilian experience; for many servicemen and women, a career with one of these organisations has given exciting flying, amazing travel opportunities and lifelong friends. 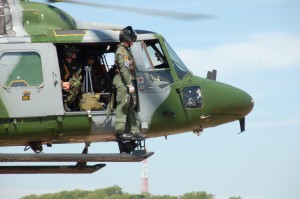 A woman who has become the first to command an RAF fast jet squadron is expected to lead bombing missions over Iraq this summer. ​Wing Commander Nik...