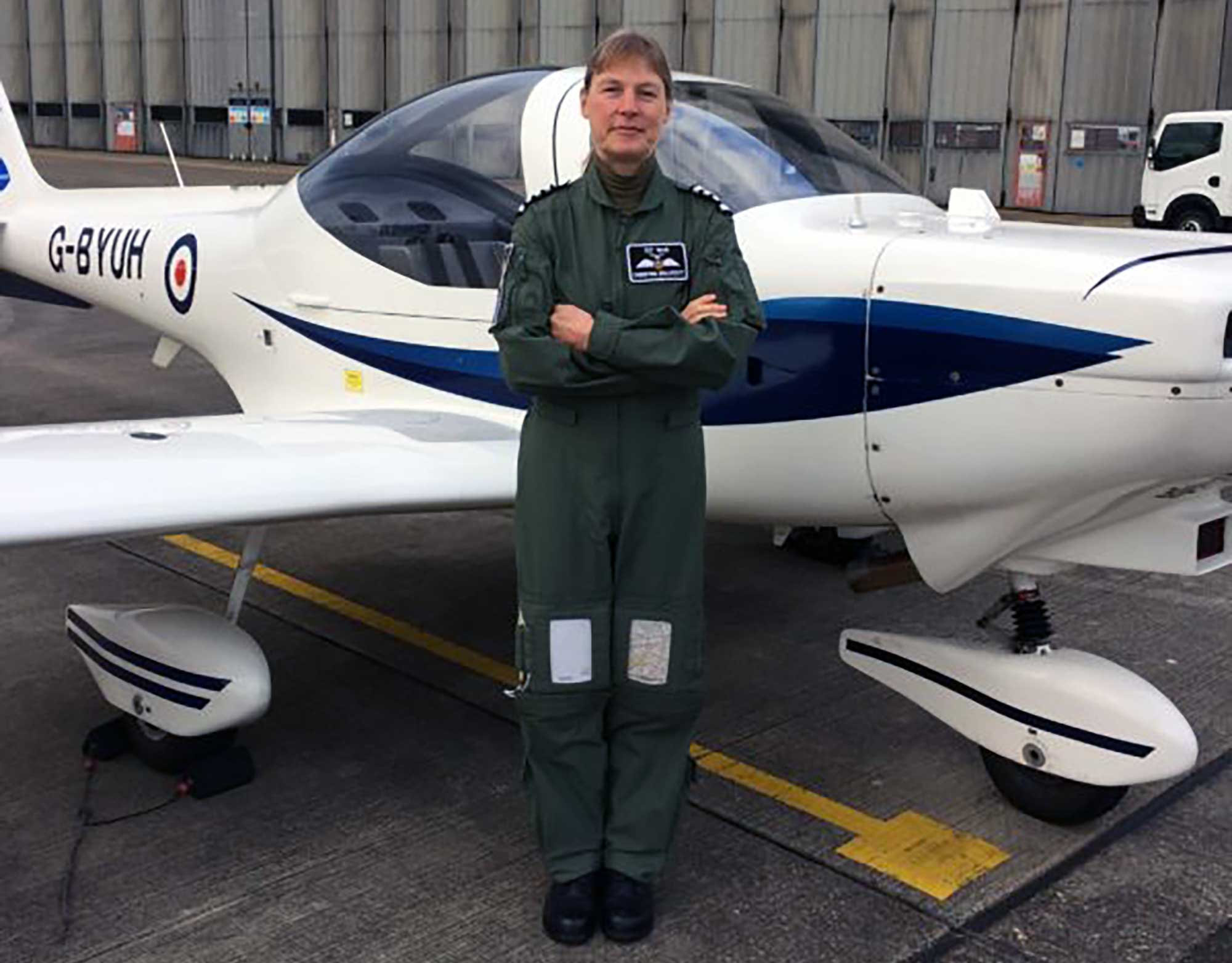 Flying instructor Christine Draycott is the first ever civilian pilot to become a Qualified Flying Instructor (QFI) for the military.

Christine, who has extensive experience as a commercial pilot but has never flown for the military, embarked on the specialist training course last year, run by Babcock.

Now, after seven months of intensive training and assessments, Christine has become the very first civilian pilot to ever graduate from the RAF’s Central Flying School ‘Main Course’ and qualify as a QFI.

“It was a monumental task and an unprecedented achievement,” said Babcock Chief Pilot Adrian Hands.

“Previously only pilots with extensive military experience have attempted this qualification, in fact it was always seen as a requirement. But Christine was undaunted and demonstrated exceptional commitment and dedication to learning new skills and techniques.

“It was a hugely demanding few months and Christine had to pass to the usual exacting military standard. But at the end of the course she had completed all the elements to the same standard as her peers, many of whom had 20 years, or more, of military flying experience.

“By completing the course Christine has blazed a trail for other future pilots and instructors to follow.”

Christine’s new qualification gives her the ability to deliver Elementary Flying Training for the RN, Army and RAF. She is currently teaching RAF students on the Grob Tutor aircraft.