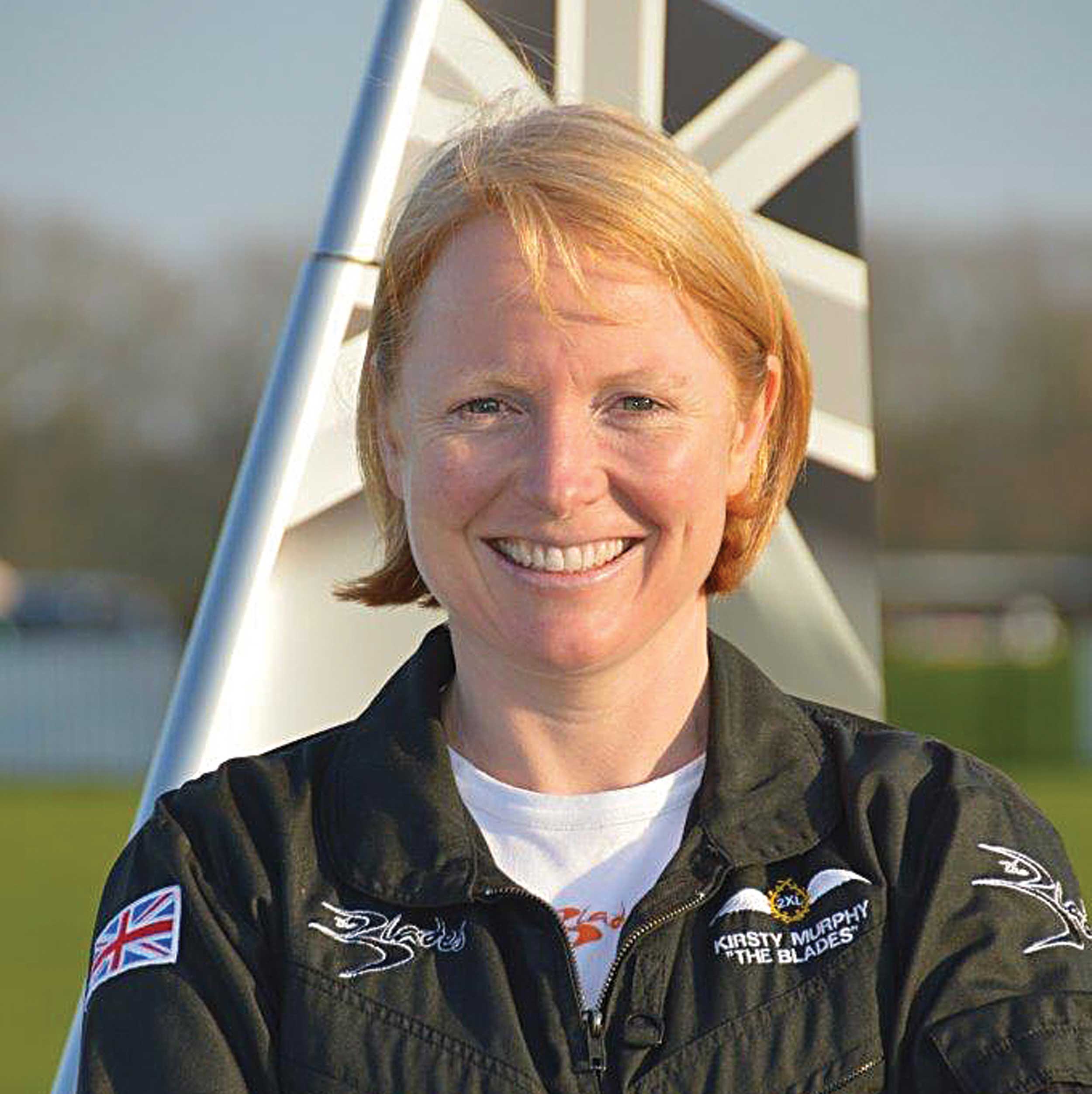 Kirsty Murphy: A member of The Blades display team who, in addition to performing at airshows, takes passengers for close-formation aerobatic flights in an Extra EA-300LP

I used to accompany my dad, an RAF navigator on the Tornado GR1, to work in the summer holidays – hanging around the squadron while he went flying. I loved the atmosphere, the banter and the guys pretending I was the new navigator.

I fly with The Blades, the only UK aerobatic formation display team licensed for passengers. At Sywell, we take people up for close-formation aerobatics, flying 12ft apart which, for me, feels like miles. However, when joining up in the box, most passengers say, ‘Oh, my God! I didn’t realise we were going to be this close!’

They’re often nervous about G-forces, so we build it up nice and slow, getting them back on the ground before they start feeling sick. I love sharing the joys of flying, and when we get to the inverted point of the first formation loop, I always tell my passengers to look over their right shoulder, to the other aircraft. Their reaction is instinctive – they scream, shout and laugh with pure happiness.

You can be the most amazing pilot, but still not be right for this job, as you also need really good personal skills. It isn’t about you showing off crazy manoeuvres, it’s about your passengers having fun. I once took up a French woman who didn’t want to do more aerobatics after the loop. Instead of returning to the ground, I stayed airborne so she could watch her husband and sons in the other aircraft – she had the best time.

The Blades also perform in air displays, usually in the UK, although last year we won the World Formation Aerobatics Championships in China. I love flying challenges, the Extra’s light, single-engined and designed for aerobatics so it allows you to show your skills, not only in formation but also in gyroscopic solo manoeuvres, which are brilliant fun. Seeing as my work is both professionally and personally challenging, and I’m part of a small, family-like team, I think it’s the world’s best job.

In the RAF I flew with the Red Arrows. Currently, all of The Blades are former RAF fast-jet pilots with a minimum of three years of experience with the Red Arrows. Aerobatic formation flying isn’t without risk, so being able to trust each other completely is very important. Due to our background with the Red Arrows, our training is engrained in us – each pilot knows immediately how the others will act in an emergency, which also inspires confidence in our passengers.

Probably the pinnacle of my tactical flying career was an RAF exercise in Scotland during 2008, flying the Tornado GR4. It was a training mission with enemy aircraft simulation and OLF (Operational Low Flying).

Flying at 100ft while leading the four other aircraft was amazing – it kept me on my toes, and afterwards I felt such a sense of achievement. My other favourite flight was a Red Arrows display in the Lake District in 2010, on a beautiful Sunday afternoon and with my parents watching – everything just felt perfect.

Sywell Aerodrome, where we’re based. Apart from a concrete runway, it also has some beautiful grass strips and in summer we see Spitfires and Tiger Moths flying from there. It’s such a lovely place to work.

No, not because I don’t want to, but I don’t have enough spare time. However, when my two-year-old son is a bit older, I’ll definitely take him flying. My husband and I sometimes dream of buying a Bonanza and touring with our kid in the back.

Never give up. There were difficult periods at the start of my flying career, such as when I didn’t get into the RAF the first time around. I’d been to an all-girls boarding school and they didn’t think that I’d
be able to deal with the RAF’s male-dominated environment. However, to prove that I was serious about joining, I did a Masters Degree in Aeronautical Engineering. If you really want something, you’ll think
of a different way to reach your goal.

Kirsty Murphy has flown 64 public displays since joining The Blades. She’s Blade 3 and flies to the left of the team’s leader, Ben Murphy.

David Montenegro, the leader of the Red Arrows sat down with The Red Bulletin to talk about why, with just metres separating you in the air, faith in ...