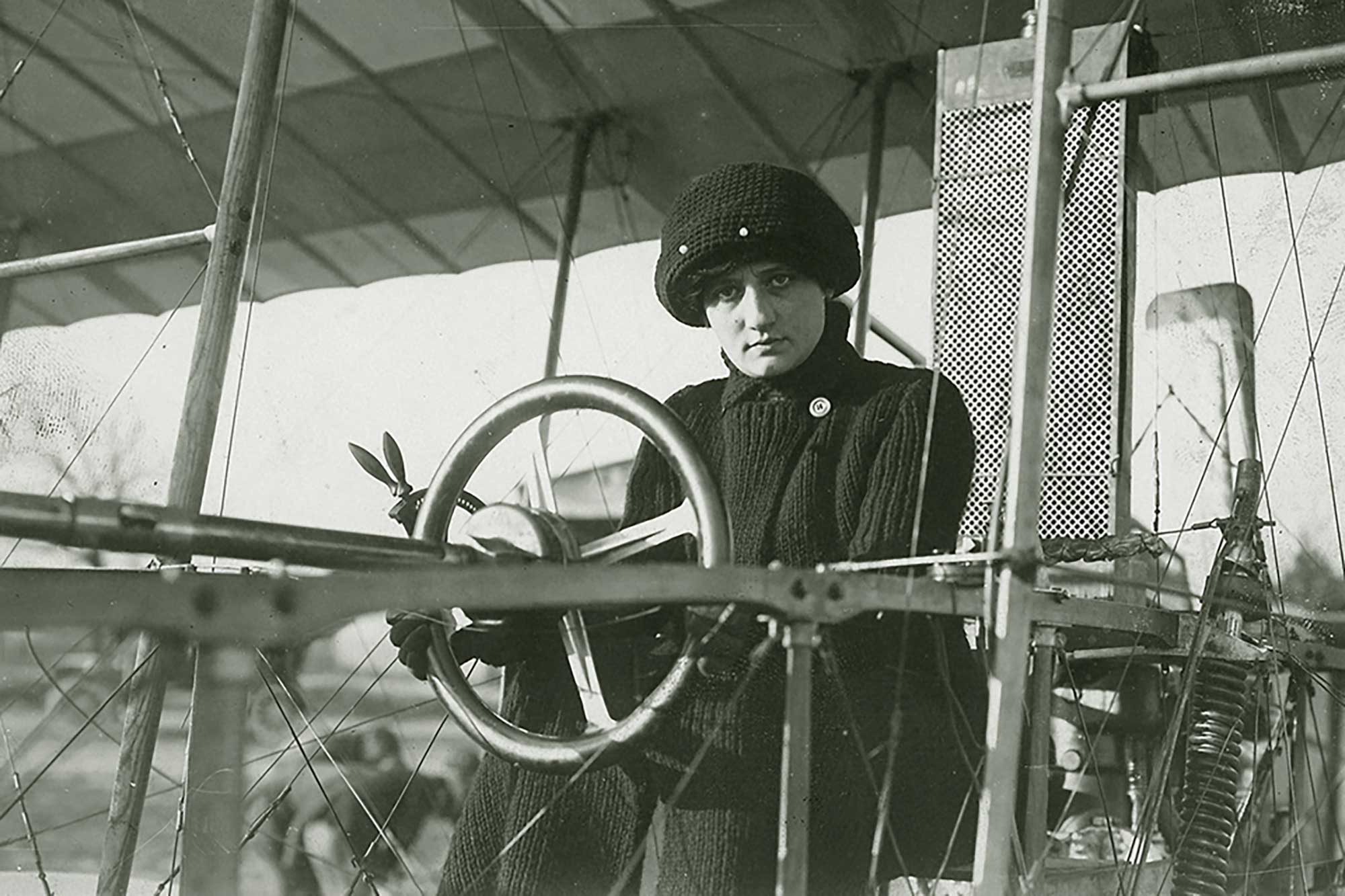 First, why this week?

It all comes down to one woman: Elise Raymonde Deroche who, on 8 March 1910, became the world’s first licensed female pilot. Better known as Raymonde de Laroche (her stage name during a brief period as an actress), she was ‘taught to fly’ by aircraft builder Charles Voisin.

In fact, the aircraft was a single-seater and she first learnt to taxy, then short hops and finally circuits, while Voisin stayed on the ground and gave instructions.

De Laroche went on to take part in various aviation meetings and displays, setting records for altitude and distance, but was killed while being trained as a test pilot.

Women Of Aviation Worldwide Week (WOAW) is a global aviation awareness week for girls of all ages observed to mark the anniversary de Laroche’s licence issue. The week serves as a call to address gender imbalance in the air and space industry. It is not country- or group-specific, and is run by the iWOAW. More info here.

International Women’s Day is different. It’s not just aviation (though there will be aviation celebrations) and covers all activities. This year, the theme is #BreakTheBias. The IWD22 campaign said:

A world free of bias, stereotypes, and discrimination.

A world that is diverse, equitable, and inclusive.

A world where difference is valued and celebrated.

Together we can forge women’s equality.

Collectively we can all #BreakTheBias.”