Opinion: How partnerships and women can solve aviation’s pilot crisis

Asia faces a severe shortage of well-trained pilots as the region’s demand for air travel skyrockets, Airbus president and CEO, Fabrice Bregier has warned. “We believe that we will require close to 200,000 pilots for the region, whereas there are only 65,000 right now, in the next 20 years,” he said.

So what can be done?

Since the summer of 2008, the health of the commercial aviation industry has at times looked bleak: during this period, crude oil reached just shy of $150 a barrel, airlines faced the beginning of a global lending squeeze and increasing competition hit profits. Aircraft production was also down, with the delivery of many new aircraft being deferred, while passenger growth numbers did not meet expectation.

Eight years later, and those market headwinds are finally abating. The rise of the middle classes in developing countries, coupled with wider global economic expansion, is driving renewed demand for commercial aviation. The increased market competition of the noughties has ultimately forced airlines to optimise and become more efficient. What’s more, monetary easing is stimulating lending, and banks not only have more capital to lend, but are lending to larger, more secure organisations – including airlines.

“The rise of the middle classes in developing countries, coupled with wider global economic expansion, is driving renewed demand for commercial aviation”

Meanwhile crude oil – which typically accounts for 35-50% of an airline’s costs – is languishing at under $40 a barrel. With the majority of the industry yet to pass these reductions onto consumers, the airlines are generating higher profits and are set for a golden period of booming growth

As we are seeing this year, this growth is already translating into ambitious new fleet acquisition projects. For example, Vietjet, Vietnam’s first private airline which is predicting a doubling of passenger numbers in 2016, has recently placed an order for 30 new A321s and now have in excess of 100 orders.

But barriers to industry growth remain – most notably a shortage of qualified commercial pilots. No longer are the greatest hurdles facing the commercial aviation sector global economic insecurity, oil prices or terrorism; rather, it is lack of aviators, with Boeing assessing that by 2034, 558,000 additional commercial pilots will be required worldwide to service expanding fleets.

Geographically, the greatest demand for new pilots (40%) will be in the Asia-Pacific region, where almost half of the world’s growth in air traffic will be located. By 2030, three billion people will have entered the middle classes, with much of that across the Asia-Pacific region. It is therefore especially pertinent to carriers across the region that they are equipped with the pilots they need to satisfy this demand.

Neither the government, private sector or the airlines will be able to solve the pilot shortage alone. While the gravitas of the problem is appreciated within the industry, the current pilot training infrastructure within major airlines is insufficient to offer a solution. Of increased importance therefore will be regional flight training schools. Arguably, private training academies across the region will provide the best solution to current and future pilot shortages.

In VietJet’s case, the carrier is working to ensure their expanding fleets are furnished with the pilots they require by accepting an ever growing large number of graduates from Asian pilot training provider, Alpha Aviation Group Philippines, which is a CAAV (Civil Aviation Authority of Vietnam) accredited training facility.

One of the main benefits of a partnership between an airline and an external pilot training provider is that it makes training more cost effective; experts are clear that economics of scale means aviation schools can offer pilot training at more competitive rates than should airlines companies undertake training in-house. Outsourcing training also means that training can be specifically tailored to an airline’s needs, and allows the two organisations to share their creativity and expertise.

Both Alpha Aviation Group and VietJet are also working to unlock the untapped potential of women within the commercial aviation sector. Of the 130,000 pilots across the globe, a mere 3% are estimated to be female. It is vital more women are encouraged to embrace the cockpit and become pilots – and this must be done by both countering the stereotype of flying as a ‘male’ profession and ensure more young young women undertake STEM subjects at school.

A collective effort from governments, regulators, airlines and training academies will be required to turn the tide on the lack of women within the industry, but progress is being made. Intake at some of Alpha Aviation Group’s training academies has been as high as 20% female in recent years, for example.

This is a pivotal point in the commercial aviation sector’s history. With a large number of baby-boomer generation pilots approach the age of retirement, there is concern that the pilot shortage situation will worsen before improving. Yet current economic climate and conditions could undoubtedly lead a new period of prosperity over the coming decades.

Now is the time, therefore, for both the airlines and pilot training academies to step up to ensure the industry’s potential is fully fulfilled. 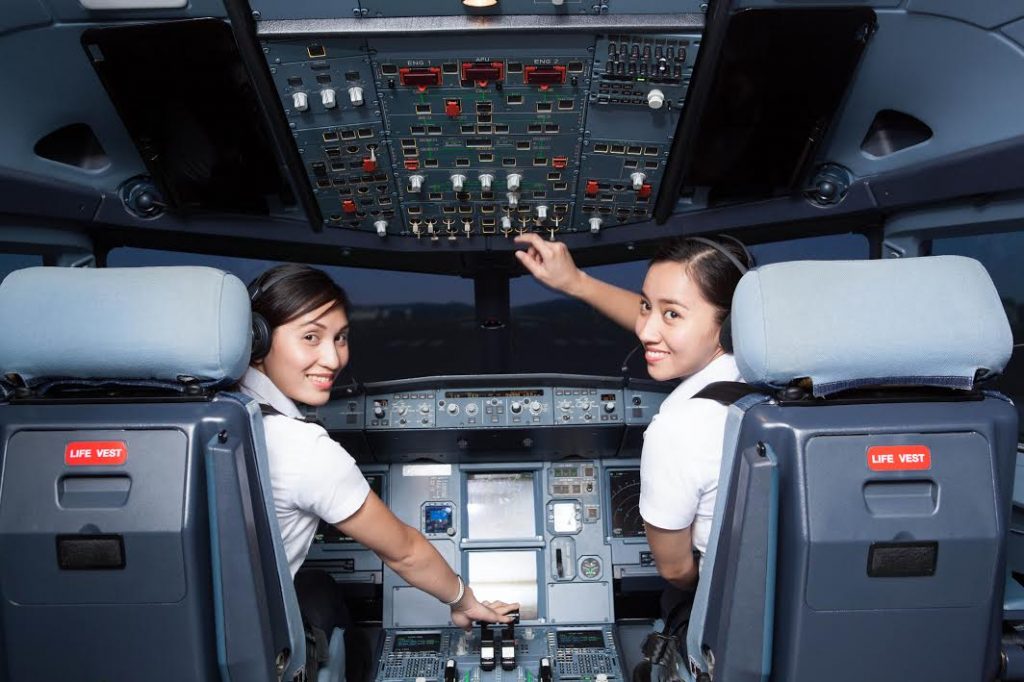