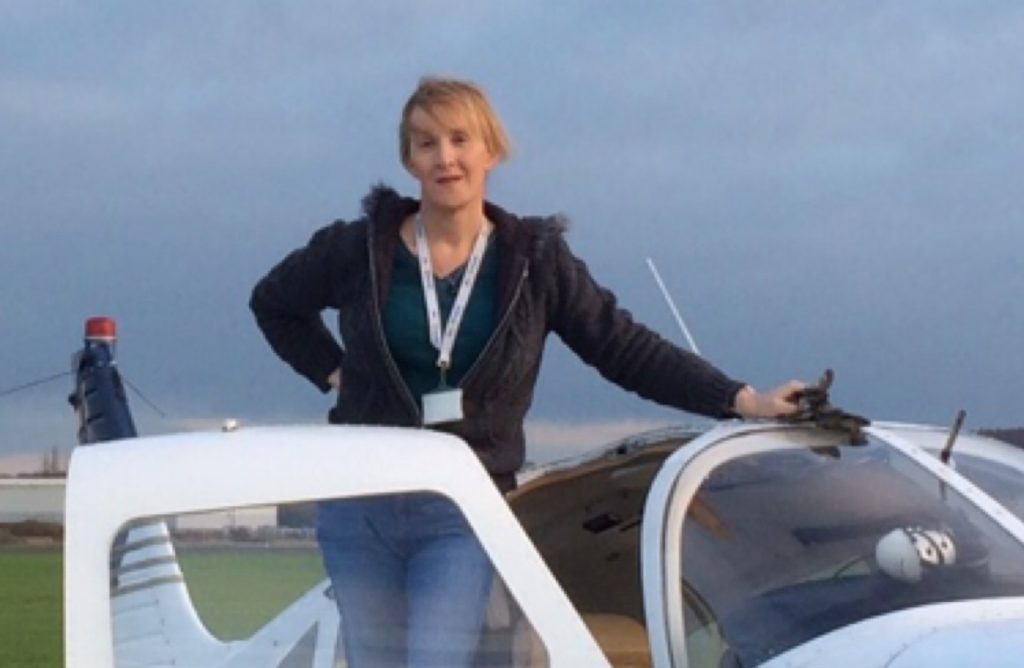 The British Women Pilots Association (BWPA) has announced the winners of its three 2016 Scholarships, which aim to help women gain further flying qualifications and kick start or continue careers in aviation.

Geraldine Hill (20), is awarded the BWPA Flying Start Scholarship 2016, worth £1,000 towards a first flying qualification. Geraldine will be using this award towards gaining a PPL(A). She lives in Bath and is undertaking her PPL at Cotswold Airport, whilst training as an aircraft engineer. She would like to combine the two areas professionally, and has a long term aim of working in air accident investigation.

Emily Collett (32) wins the BWPA Flying High Scholarship 2016, also worth £1,000 towards further qualifications, training or experience. Emily lives in Denham (Buckinghamshire) and flies from White Waltham (Berkshire).  She is already selected for the British Team attending the World Advanced Aerobatics Championships in Poland this year. She will be using the award towards further aerobatic training with the aim of securing a medal for the British Team at this competition. Emily also intends to complete her Class Instructor Rating, for which she has already finished the ground school, to teach and inspire more people to get in to the sport of aerobatics, especially young women.

Christina Carver from Bristol (pictured) will be assisted with a career change with the BWPA CATS CPL/ATPL Scholarship 2016, worth £1,499, kindly donated by CATS to cover the ground school element for a CPL or ATPL (A) or (H). Christina has been flying at Gloucestershire Airport since 1986, and has night and IMC (now IR(R)) ratings. Professionally, Christina is currently a police sergeant; her career has included a six-year posting to the Police Air Support Unit based at Filton, Bristol where, as Deputy Unit Executive Officer, her role involved managing the base and flying as air observer on the EC135 T2 helicopter.

Christina’s plans are now to become a Commercial Pilot either in the CAT or GA flight instructor environment. Having achieved this, she intends to promote flying as a female friendly career choice for women returning to work after a career break.

Marion Wooldridge, BWPA Scholarship Co-ordinator and Deputy Chair said, “With a total of 50 impressive applicants, the selectors had some very difficult decisions to make. We would very much like to thank all applicants, and encourage those who did not receive an award this year to look out for the BWPA Scholarship 2017 announcements and consider applying again next year.”

The first three young people to take part in The Prince’s Trust Flying Scholarship have completed their training with L3Harris Technologies. The Fly...

CAE is to award up to five full scholarships for a cadet pilot training course to women, the company announced at the Farnborough International Airsho...

Applications open on 4 November 2017 for next year’s flying scholarships from the Air League Trust. The scholarships provide funds for flying ho...