+VIDEO It’s no secret that the numbers of female pilots in commercial aviation are low, just reaching 5% of the total, despite several airlines doing their best to encourage more women in the industry… well, pre-pandemic anyway.

But imagine how few female pilots there are in Afghanistan where it’s rare for any women to be in a paid-for job, let alone train to become an airline pilot. Not only has the country been wracked by war but it’s still subject to ages-old thinking.

However, YouTuber Josh Cahill has just released a new video about a flight in Afghanistan where, for the first time, the entire KAM Air crew was female. The flight took place in February this year and was released to coincide with International Women’s Week in early March.

Josh was invited to join the 90 minute flight aboard a Boeing 737, which took off from Hamid Karzai International Airport in Kabul at 13:00 on 24 February 2021 for its 350nm flight to Herat in the west of Afghanistan,

One of the crew, First Officer Mohadese Mirzaee, aged 22, expressed her hopes that the flight will encourage more young Afghan women to chase their dreams and believe in themselves.

Josh said, “This truly was a historic moment, not only for the airline but for women in the region as a whole. It has been the honour of my life to be part of such a historical flight.

“It sends a strong message to the world that Afghanistan is more than just a war-torn country, given that during the Taliban occupation women had no rights.” 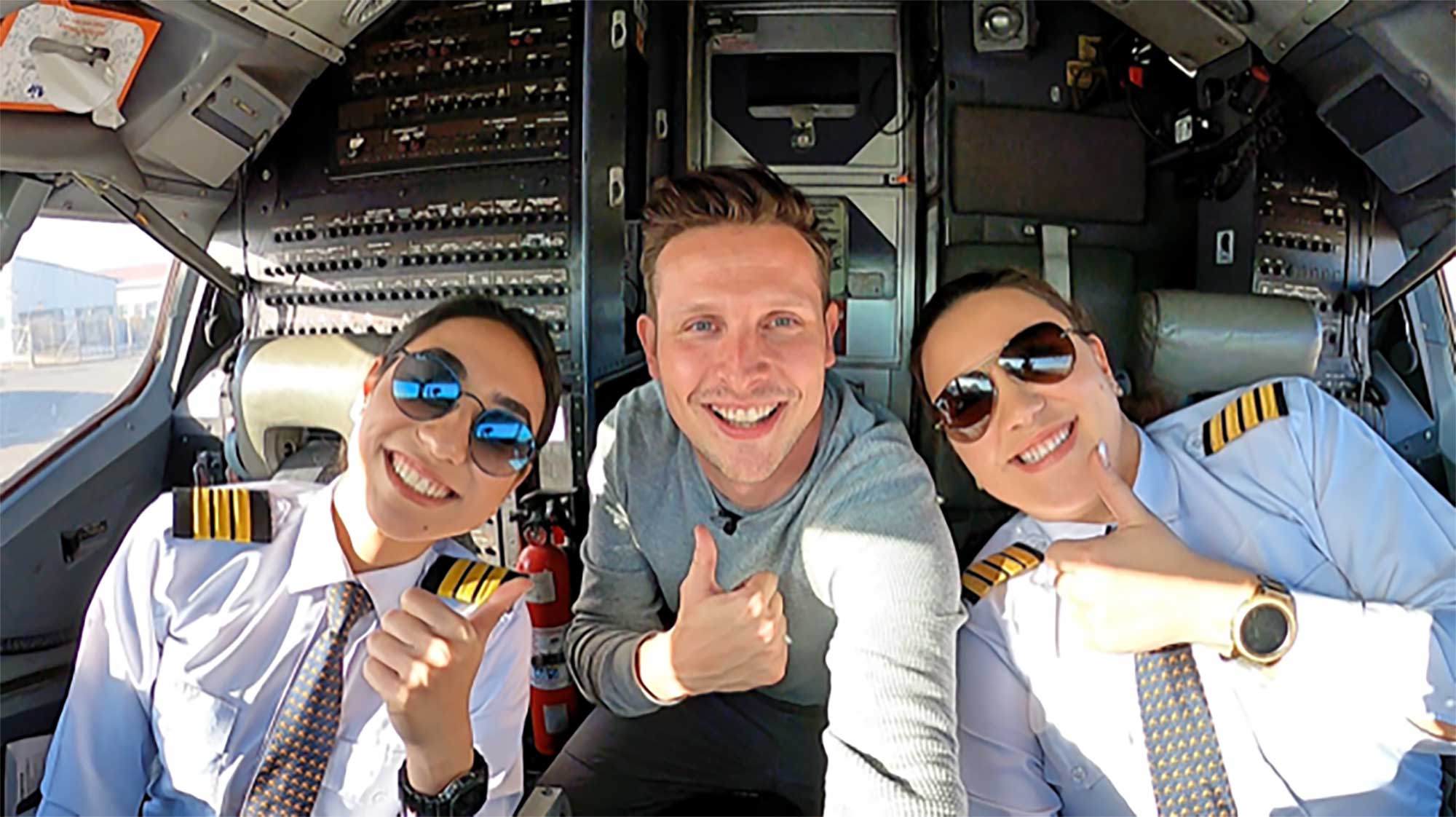 The current Afghan government is committed to women’s rights, although it is only able to enforce them for a small segment of Afghan women, principally for urban women whose male relatives allow access to education and jobs.

“In the years that I have been working in this industry, it is clear that the barriers that limit the growth of female pilots are so deeply entrenched,” said Josh. “I believe it will take a concerted effort of both aviation companies and the greater airline and education community as a whole to inspire women to soar in this field.”

Opinion: Why women now hold the key to the aviation sector

There has never been a better time to build a career in the aviation industry. Airlines are growing, with more flights and more routes than ever befor...

The BWPA has announced the winners of its three 2016 Scholarships, which aim to help women gain further flying qualifications and kick start or contin...

Airlines in Asia are being 'forced' to seek female pilots to combat the rapid escalation in air travel in Asia which may leave the industry 'desperate...