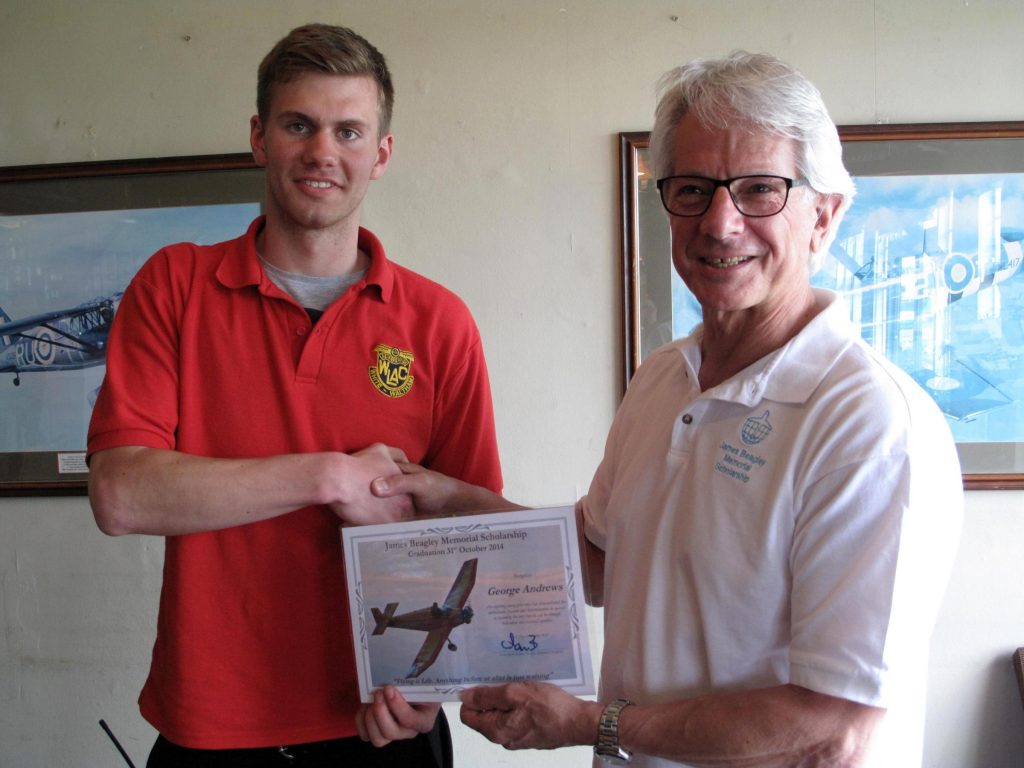 A pilot who received who earned his wings through a scholarship set up by a the father of a tragic young Marlow flying enthusiast has been accepted on to British Airway’s sponsored pilot scheme.

George Andrews (left), 19, from Henley, graduated from the ‘James Beagley Memorial Scholarship’ in October last year, set up by Alan Beagley to commemorate his son who was killed in a small aircraft collision near Coventry airport in 2009.

Mr Andrews was initially offered a sponsored training scheme by commercial airline Flybe, but the more favourable option of a place on British Airway’s future Pilot Programme came along soon after, which provides training towards getting a commercial pilot’s licence and a job at the end.