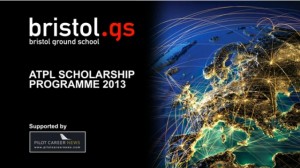 Bristol Groundschool has announced the names of the 21 applicants who have been shortlisted for the third and final round of the ATPL Scholarship Programme 2013. Over 750 students applied for BGS scholarships throughout the course of the year. In the first two rounds, in April and July, Bristol Groundschool awarded a total of 14 ATPL theory scholarships, each worth £2,140, to deserving candidates selected by a distinguished panel of judges. The shortlisted candidates for the final round are (in no particular order):

Final judging began on 3 December and the school anticipates announcing the names of the final seven winners in the second week of December. Best of luck to everyone!

Bristol Groundschool (BGS) the leading ATPL fixed wing and helicopter distance learning specialist has made some big changes to the delivery of its AT...