Boeing is expanding its flight training services at Crawley, near London’s Gatwick Airport, with the unveiling of a newly installed 737 MAX 8 simulator and the construction of a new annex to accommodate growing demand for pilot and technician training.

“Demand for Boeing’s leading products and services is strong from our customers in Europe and on into the Middle East and Africa,” said Sir Michael Arthur, president of Boeing Europe and managing director of Boeing UK and Ireland.

“It is crucial for our customers that we are able to meet this demand locally and we are delighted to grow further our pilot and technician training offering in Crawley as part of our new services business unit.”

Once the annex is built it will be the largest such Boeing site outside the United States. As part of the exclusive 787 training suite at Crawley, the campus features fully integrated desktop training systems (DTS) classrooms, and advanced flight training devices. 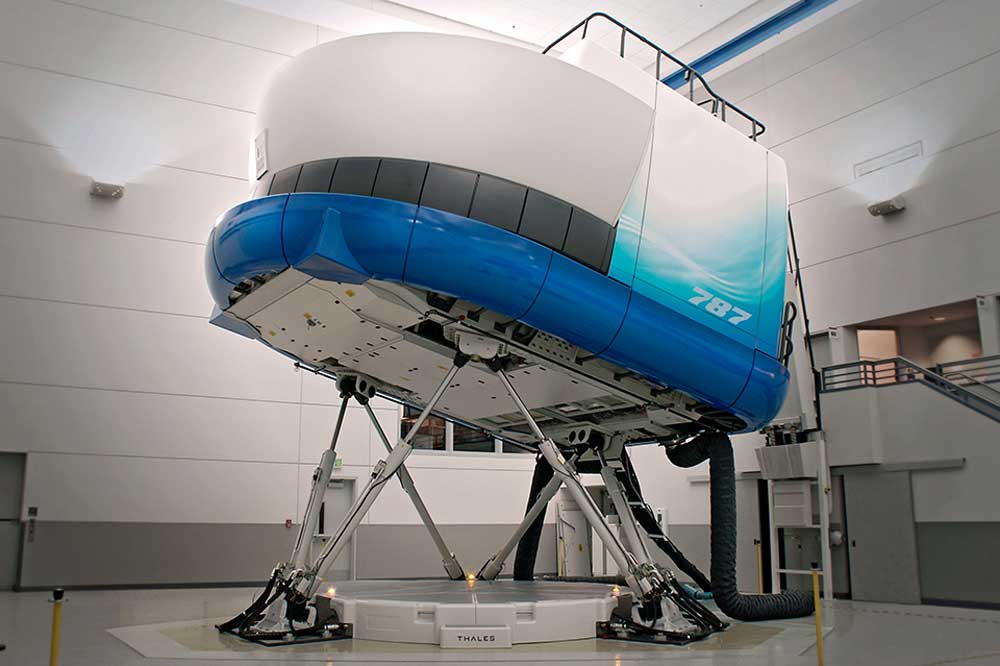 On site at Crawley there are:

This is in addition to training on Boeing 717 and 757-200 full flight simulators at the nearby Burgess Hill facility.

Direct Boeing employment in the UK, to support local airline, military and security customers, has doubled since 2011, to 2,200. The company continues to recruit, on average, a new employee per day.

Direct spending with UK suppliers has tripled over the last six years to £2.1 billion, supporting an estimated 16,500 jobs in the tier one UK supply chain, a rise of 80% over the same period.

In the past year Boeing has announced plans for its first European manufacturing plant in Sheffield, a commercial aviation maintenance hangar at Gatwick airport and the company is working with the Ministry of Defence on plans for a Royal Air Force P-8A Poseidon facility at RAF Lossiemouth in Scotland.

Together, these developments will create several hundred additional jobs in the UK at Boeing, the company’s partners and in the supply chain.