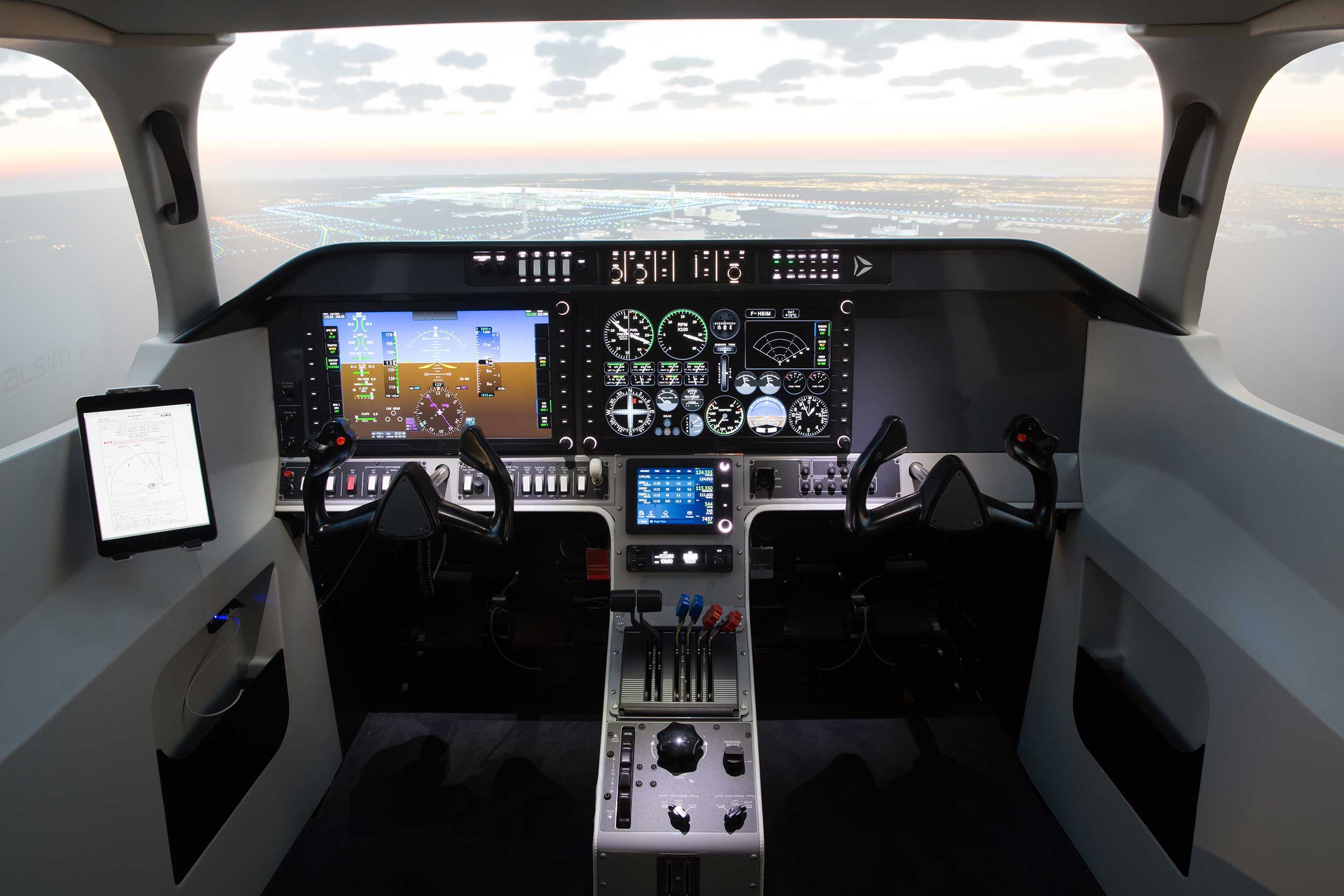 Canada Training Solutions (CTS) based in Calgary, Alberta, Canada, is buying an AL250, its first ever Alsim simulator.

The AL250 can be reconfigured to represent several types of piston aircraft typically used for pilot training. The AL250 also contains the latest real Garmin GTN650 and both round dials and glass flight decks.
President of CTS, a former RCAF Pilot and airline executive, Mr Garrett Lawless, said, “CTS exists to help flight schools incorporate proven innovations within their programmes.

“We have long admired ALSIM for producing affordable, high-quality flight simulators, and are most impressed with the latest technologies being introduced on the new AL250.

“This simulator will be placed with our Ottawa team, where it will be surrounded by several high-quality flight schools, have access to an aviation college programme and four airports that are suitable for flight training.

“Also nearby are Transport Canada, the National Research Council, the Department of National Defence and the best aerospace engineering programme in the country.

“We hope that by bringing our first ALSIM device to the National Capital Region, we can help these local teams produce a truly Canadian Centre of Excellence in aviation training and innovation that will strongly appeal to both national and international students.

Meanwhile Charter Group Aero in Malaysia has acquired an AL42 Flight Simulator. It will be used to provide advanced Multi-Engine and Instrument flight training in Diamond DA 42 aircraft.

The training on this Alsim AL42 simulator is primarily intended for Private and newly qualified Commercial pilots in Malaysia, Singapore Thailand, Indonesia, and the Philippines who wish to undertake Multi Engine and Instrument rating training.

A further segment of pilots that are targeted for use of this Training Device are DA42/62 owner pilots in the region, who wish to undertake Initial or Recurrent training.

The FTD features Garmin 1000 NXi suite of avionics with Alsim’s VFR-VS high-definition visual system. Models for major airports in Malaysia and Australia, and other airports from a worldwide database, will be available for familiarisation and training.

Flight simulators are expensive, take up a lot of space and need instructors to become familiar with their working. So the idea of one simulator to se...

Leading Edge Aviation, the new aviation academy at London Oxford Airport, has just taken delivery of a new Alsim AL42 flight simulator. The AL42 is an...