Called ‘The Airliner’, it follows Alsim’s philosophy of creating a single-generic, state of the art training device, capable of  representing different single aisle aircraft, such as the B737MAX, A320, A220, E190-E2 or the SSJ100.

The Airliner is a multi-purpose hybrid simulator (fly-by-wire or conventional control) designed to address the needs of medium to large ATOs for advanced MCC, APS MCC, JOC, LOFT and UPRT training. It’s based on the same requirements as Full Flight Simulators Level D. 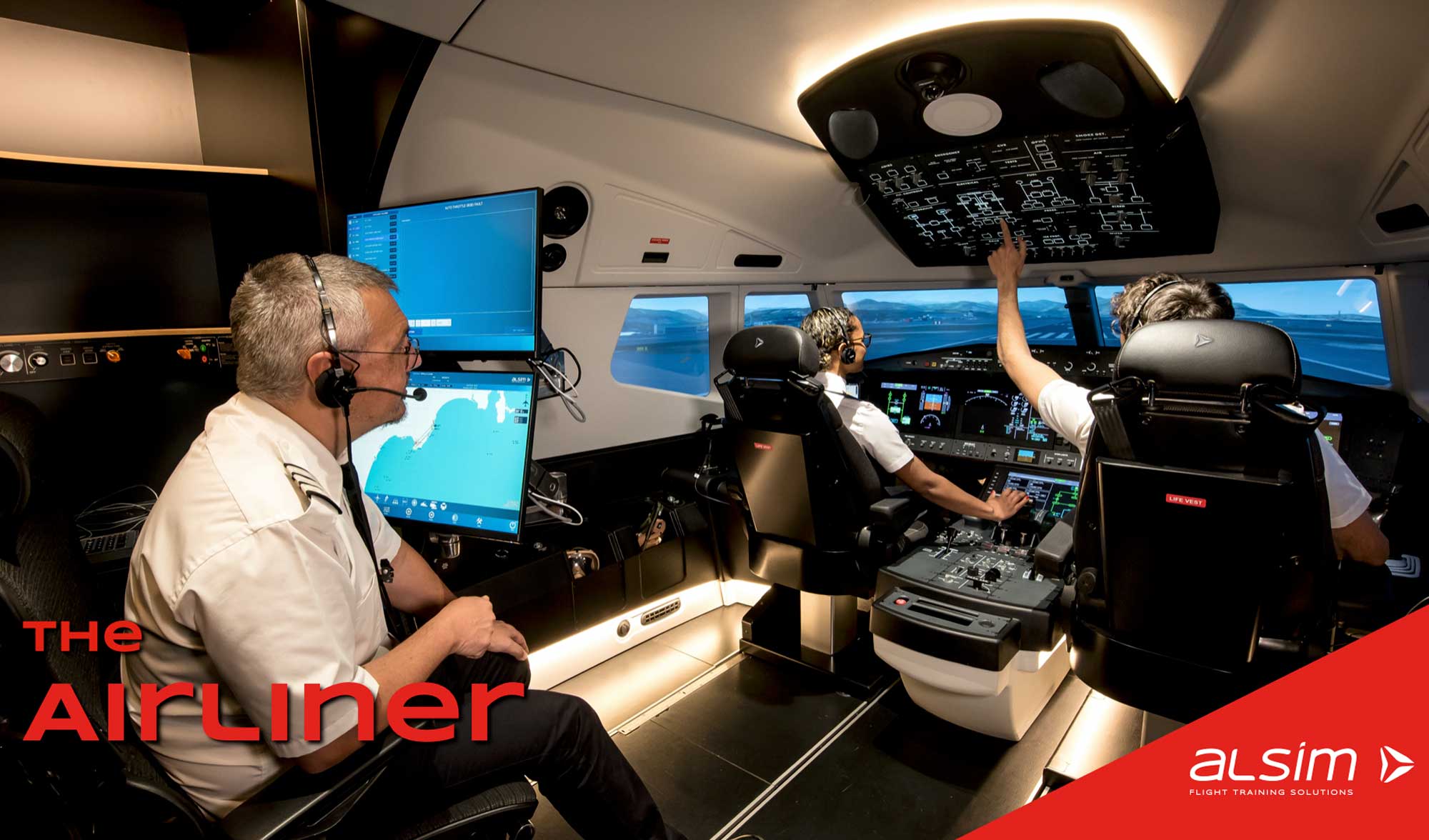 An Alsim spokesperson said, “With the increasing industry pressure to produce airline pilots due to the growing global pilot shortage, airline pilots entering the market will likely be in the Airbus A320 and/or Boeing 737.

The Airliner’s UPRT capabilities are being developed with Aviation Performance Solutions (APS), a UPRT specialist, with an all-new Instructor Operating Station.

“This all-new development will give instructors a powerful and informative technology tool to deliver highly effective UPRT instruction that maximizes the transfer of UPRT knowledge and skill from flight simulator to real-world operations, while at the same time eliminating the risk of negative training,” continued Alsim.