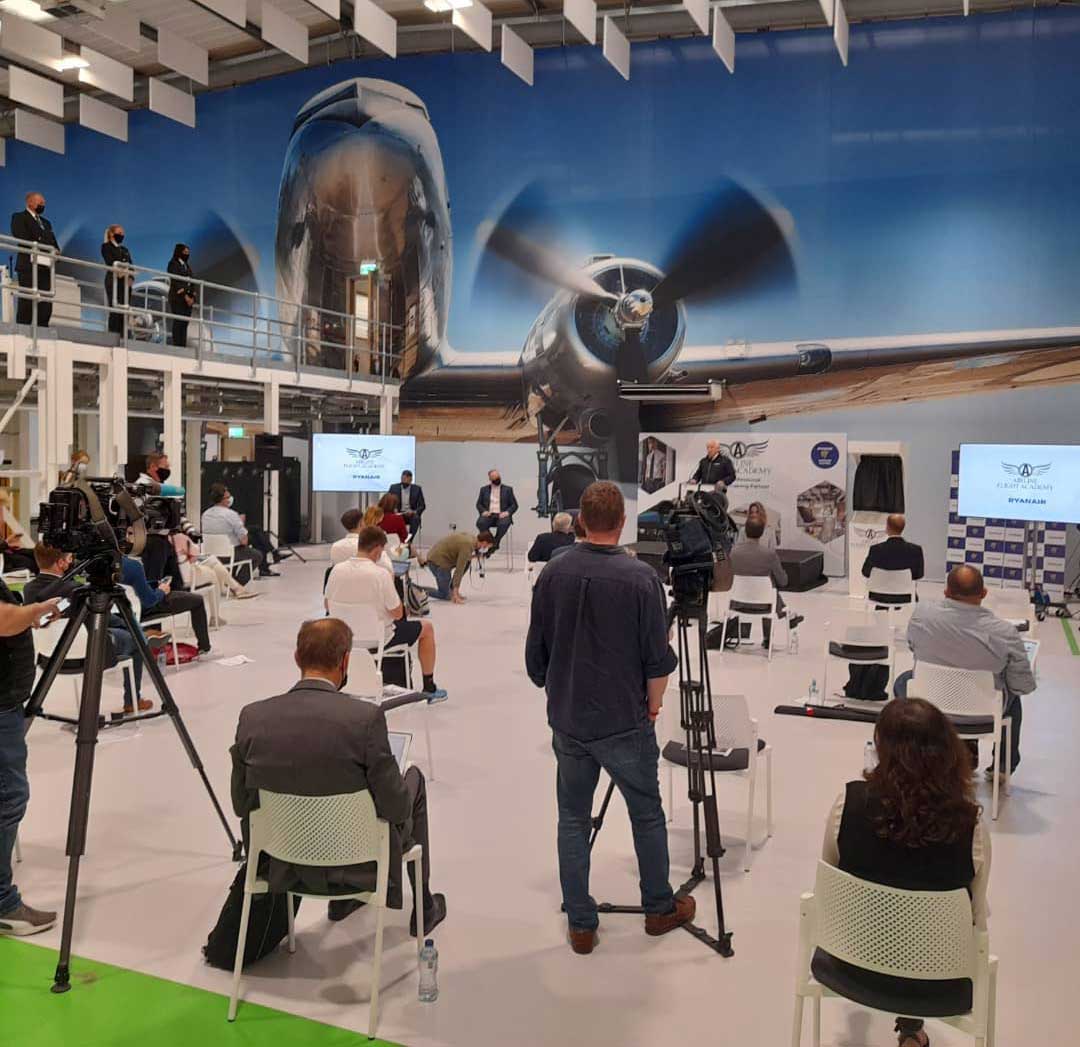 The new Training and Simulator Centre contains three full motion simulators – one 737 MAX and two Airbus A320, together with two fixed base simulators.

Additionally, the new AFA Centre contains a state of the art cabin crew training and emergency evacuation device, as well as a specialist cabin fire training centre. There are more than 15 large classrooms and five individual pilot briefing/de-briefing rooms.

Ryanair has chosen Airline Flight Academy to operate the centre and be its exclusive cadet training partner for type ratings, including APS MCC.

The AFA centre was opened by Tánaiste (deputy prime minister) Leo Varadkar who said, “After what has been an incredibly difficult 18 months, today’s announcement is a real vote of confidence in the airline industry as it rebuilds after the pandemic.

“This €50m investment in a new training centre and the creation of 5,000 jobs across Europe, will mean fantastic opportunities for pilots, cabin crew, engineers and ground ops professionals over the next five years. It’s incredible growth and makes me really optimistic for the future. Congratulations to the team involved.”

Fantastic announcement from @Ryanair today. After what has been an incredibly difficult 18months, the airline is investing €50m in new training centre & creating 5,000 new #jobs in Europe over next 5 years. A real vote of confidence in the airline industry as it rebuilds✈️💪 pic.twitter.com/AipWG7Y1if

Ryanair’s CEO Eddie Wilson added, “We have invested over €50m in this state-of-the-art Training Centre, and our agreement with AFA will deliver over 5,000 highly trained pilots, cabin crew, engineers and ground operations professionals over the next five years.

“Ryanair will create over 5,000 new jobs thanks to the expansion of our Boeing 737 fleet, with 210 MAX Gamechangers to be delivered over the next five years which will enable Ryanair to grow to carry 200m passengers p.a. by 2025.

“The AFA team have been a recruitment and training partner of Ryanair for many years, and we look forward to continuing to invest in this agreement, which has to date, enabled Ryanair to recruit and train over 18,000 highly qualified aviation professionals.”

Ryanair has launched a recruitment drive for 2,000 new pilots over the next three years as the airline recovers and rebuilds from the Covid-19 pandemic.