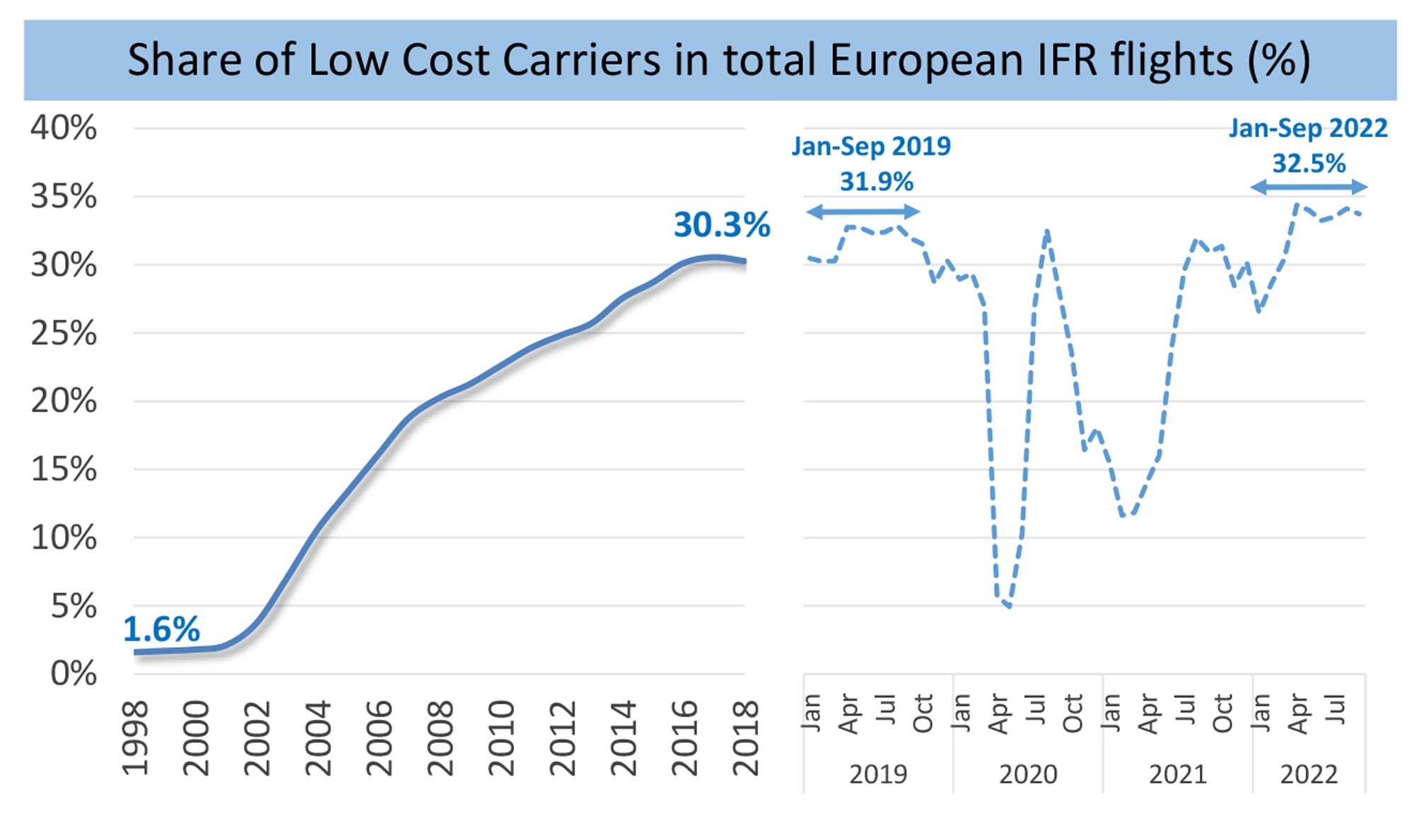 The emergence of Low Cost Carriers (LCCs), following the liberalisation of the European air transport market some 30 years ago, stimulated new traffic growth but also took market share from mainline carriers, several of which reacted by creating their own low cost provider.

In 1998 the relative share of the LCC market segment in Europe was close to zero. By 2018, it was 30.3%, which corresponds to 9,100 average daily flights, according to the latest ‘Data snapshot’ from Eurocontrol.

To achieve low operating costs per passenger and high aircraft productivity, LCCs typically offer point-to-point services on short haul routes with a single type fleet (B737, A320). With a strong focus on cost, many LCCs operate a modern and fuel-efficient fleet with a comparatively low fuel burn per passenger kilometre and lower CO2 emissions.

At the outset, the growth of the LCCs was concentrated in Western Europe but with the enlargement of the European Union in 2004, LCCs progressively expanded into Central and Eastern Europe, stimulating strong growth in those emerging markets. 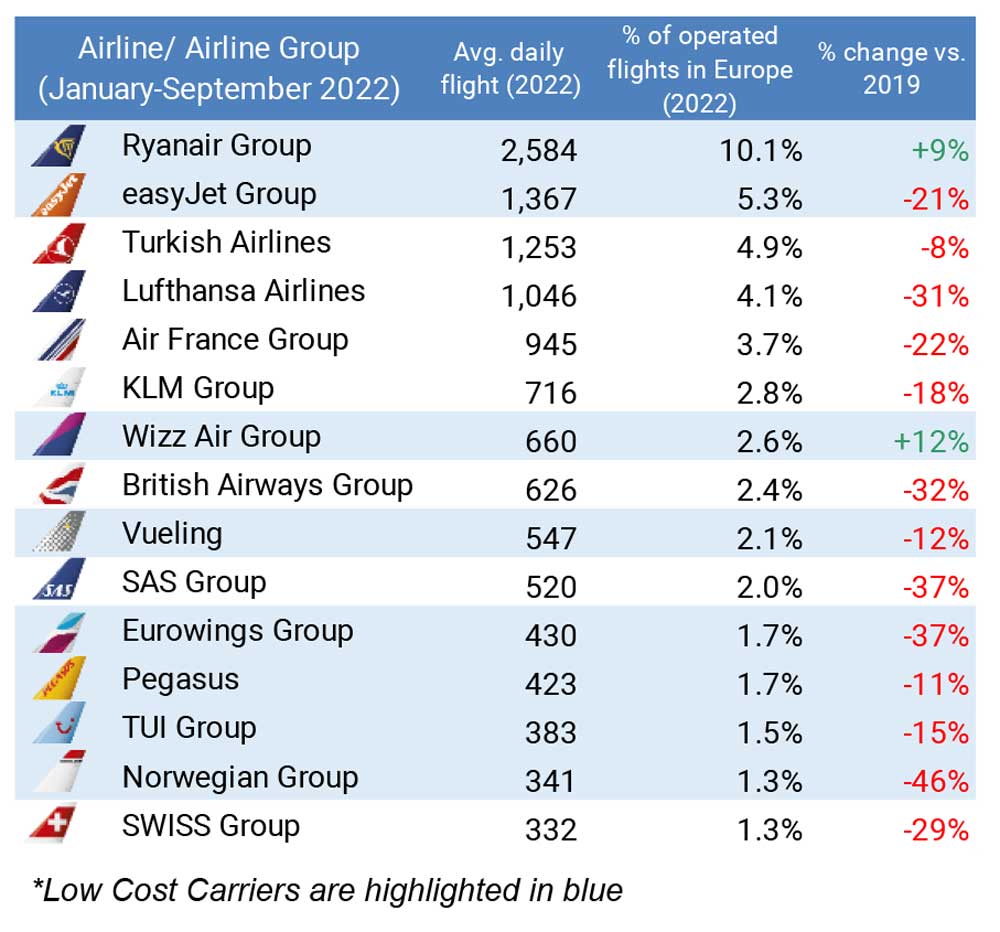 Although some LCCs have started to operate at large European hub airports, they tend to operate at less congested secondary airports and may decide to enter and exit new markets at comparatively short notice.
With the travel restrictions imposed at the start of the Covid-19 pandemic in early 2020, passenger traffic (including LCCs) was hit particularly hard. LCCs reacted rapidly to variations in demand, cutting harder but recovering more swiftly.

For the months January to September, the LCC segment grew from 31.9% in 2019 to 32.5% in 2022. In particular, Ryanair and Wizz Air quickly exploited the high demand for intra-European leisure traffic and expanded operations to 109% and 112% of their respective 2019 levels.

Over the first nine months in 2022, Ryanair has operated more flights in Europe (2,584 average daily flights) than any other airline. This corresponds to 10.1% of all flights in Europe. Although other airlines are likely to grow back market share in 2023, it seems likely that the LCC segment will continue its growth over the coming years.

Ryanair offers B737 type rating in return for work