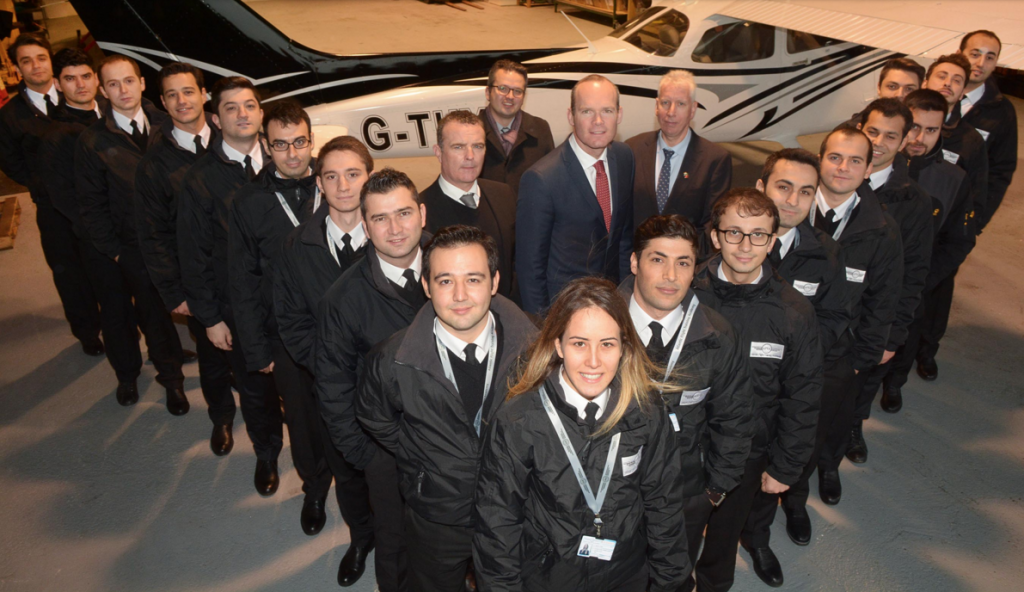 Atlantic Flight Training Academy (AFTA) has announced a significant contract with Turkish Airlines, to train its cadet pilots from AFTA’s base in Cork Airport.

The agreement represents the first for an Irish company, which is regulated by the Irish Aviation Authority under EASA.

As a direct result of the agreement, AFTA says it will recruit 10 new Instructor Pilots, and additional ground support staff. AFTA has been initially contracted to train 20 cadet pilots annually and the first group of Turkish trainee pilots have recently begun training at AFTA’s base at Cork airport.

Mark Casey, CEO Atlantic Flight Training Academy and Head of Pilot Training, said, “We are delighted that our commitment to advanced cadet training and safety has been recognised by Turkish airlines through the signing this commercial agreement, and we look forward to helping these cadets progress and build their future careers with Turkish Airlines.”

Mr. Simon Coveney, TD, Minister for Agriculture, Food, the Marine and Defence, commented, “Turkish Airlines have been operating flights from Dublin for a number of years and have become one of the world’s leading airlines, with a fleet of almost 300 aircraft. I am delighted that they have chosen the Atlantic Flight Training Academy to be one of their training providers.”

Murat Balandi, General Manager Turkish Airlines Ireland, said, “Turkish Airlines will celebrate ten years in Ireland in 2016, and we are delighted that an Irish company has been chosen to train 20 of our new cadet pilots this year. It is really beneficial for us to see the cadets in their training ground at AFTA in Cork and we look forward to see them in the air as Turkish Airlines pilots over the years to come.”