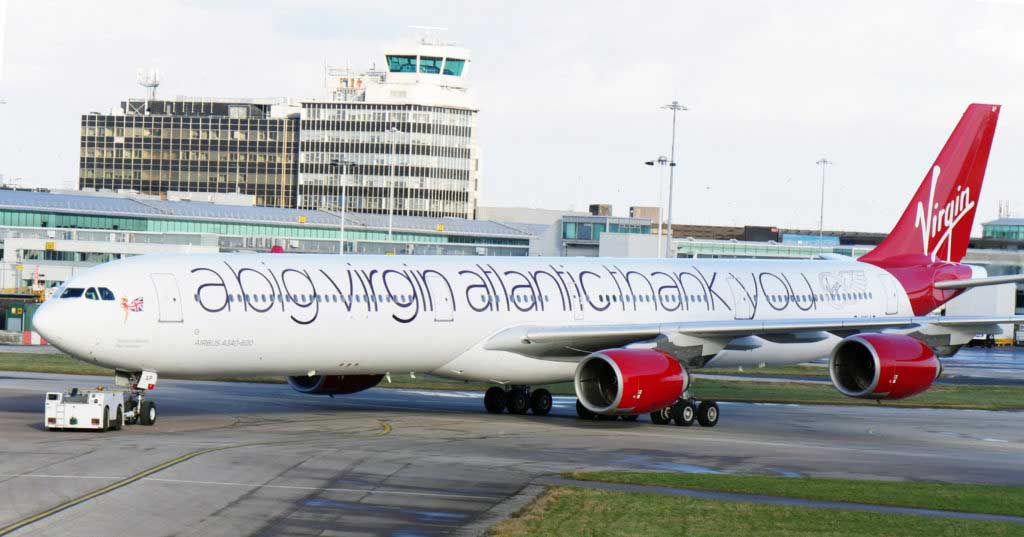 Virgin Atlantic has brought back into service an Airbus A340-600 that’s been in storage since 2015. The aircraft, known as Sleeping Beauty, has been treated to a special paint job that says ‘Thanks’ to the airline’s staff.

“Bringing an aircraft out of storage is a massive undertaking,” says the Virgin Atlantic blog.

“After the myriad checks and tests, a mountain of paperwork and some very tough certification, G-VNAP was almost ready to greet her first customers. But before she did, we sent her to the paint shop of Air Livery in Manchester where she spent a week getting her new look.

“The result is a stunning ‘thank you’ to our people with a 7-foot by 152-foot message exclaiming ‘a big Virgin Atlantic thank you’ along the length of the very long fuselage of the A340-600. 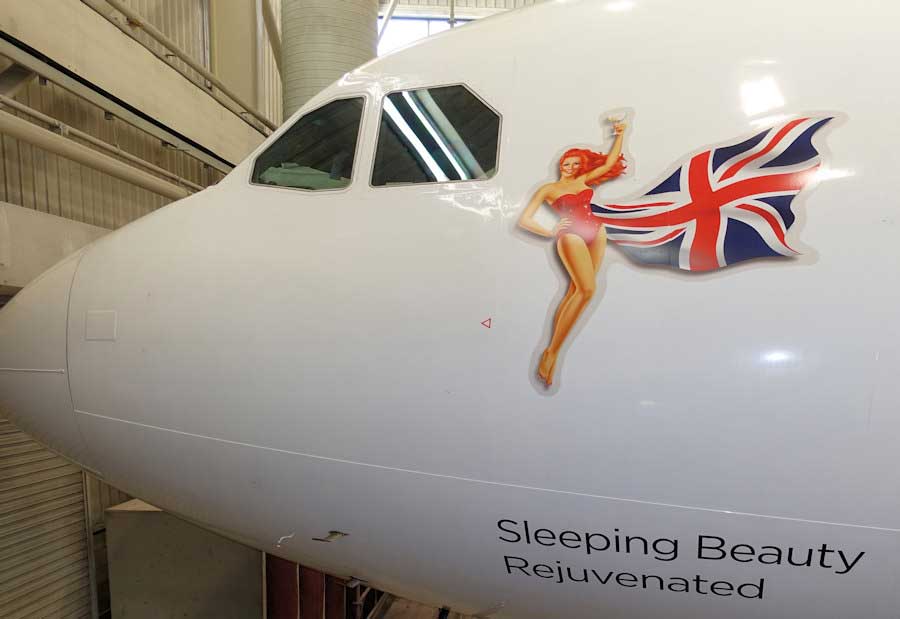 “The paint scheme salutes the work of the 9,000 people around the world who keep our operation running 24/7 and includes a limited edition upright version of the ‘Flying Lady’, raising her glass to toast our people.”

Virgin Atlantic has announced the re-launch of its Future Flyers Programme, which is designed to give those with little or no flying experience the op...