Among the other VIP guests were flying charity Aerobility, Middlesex University, Buckinghamshire New University and the Royal Aeronautical Society.

CTC Aviation said that 91% of this year’s graduates are already flying or about to start operating, across more than 30 European airports, and many others in the Middle East and Asia Pacific regions.

CTC Aviation’s dedicated graduate placement team facilitates unrivalled placement opportunities for its graduates – maintaining a 98% placement record. The company’s current placement activity suggests that those not yet placed with an Airline Partner will commence their first flying roles within one month. 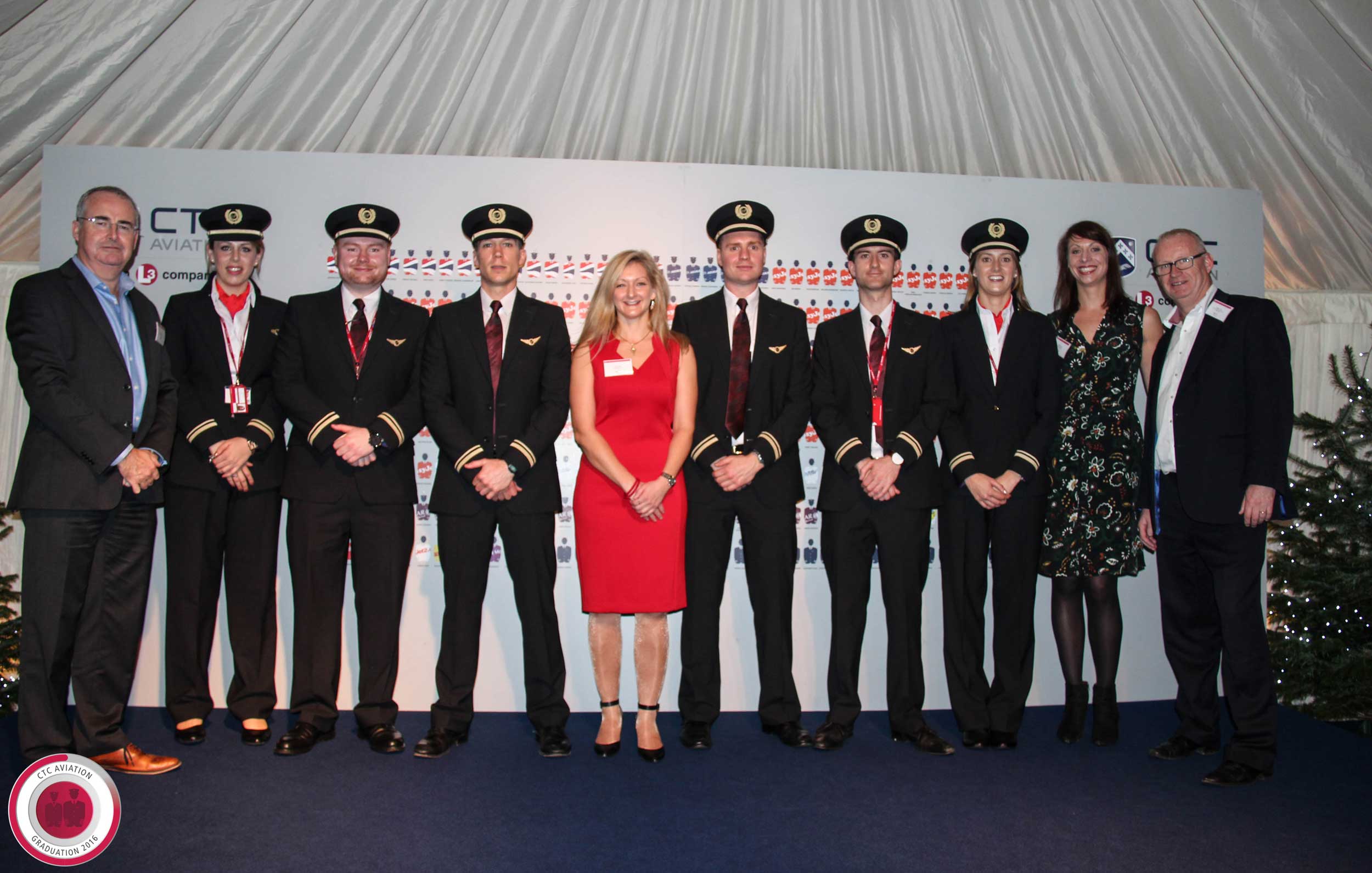 Graduates of CTC Aviation’s programmes CTC WINGS, CTC TAKEOFF and the CTC ATP Programme were congratulated on their achievements by the guest of honour Craig Kreeger, CEO of Virgin Atlantic.

Speaking at the event, Mr Kreeger said, “I’m thrilled to be here to recognise CTC Aviation’s graduates, including our very own Virgin Atlantic Future Flyers. All of you today have shown amazing character, amazing fortitude, determination and perseverance.

“When we started our programme for aspiring pilots with CTC Aviation, we looked for people with a blend of true passion for flying and the technical and leadership abilities required to operate large machinery in the sky. We place enormous trust in our pilots to deliver on our brand promise of embracing the human spirit and letting it fly; having safety and wellbeing of our customers at the forefront of their minds at all times.

“We have an ambition to broaden and diversify our pilot workforce. We are delighted to continue working on the Virgin Atlantic Future Flyers Programme with CTC Aviation – a path for aspiring pilots that is not predicated on socio-economic background.” 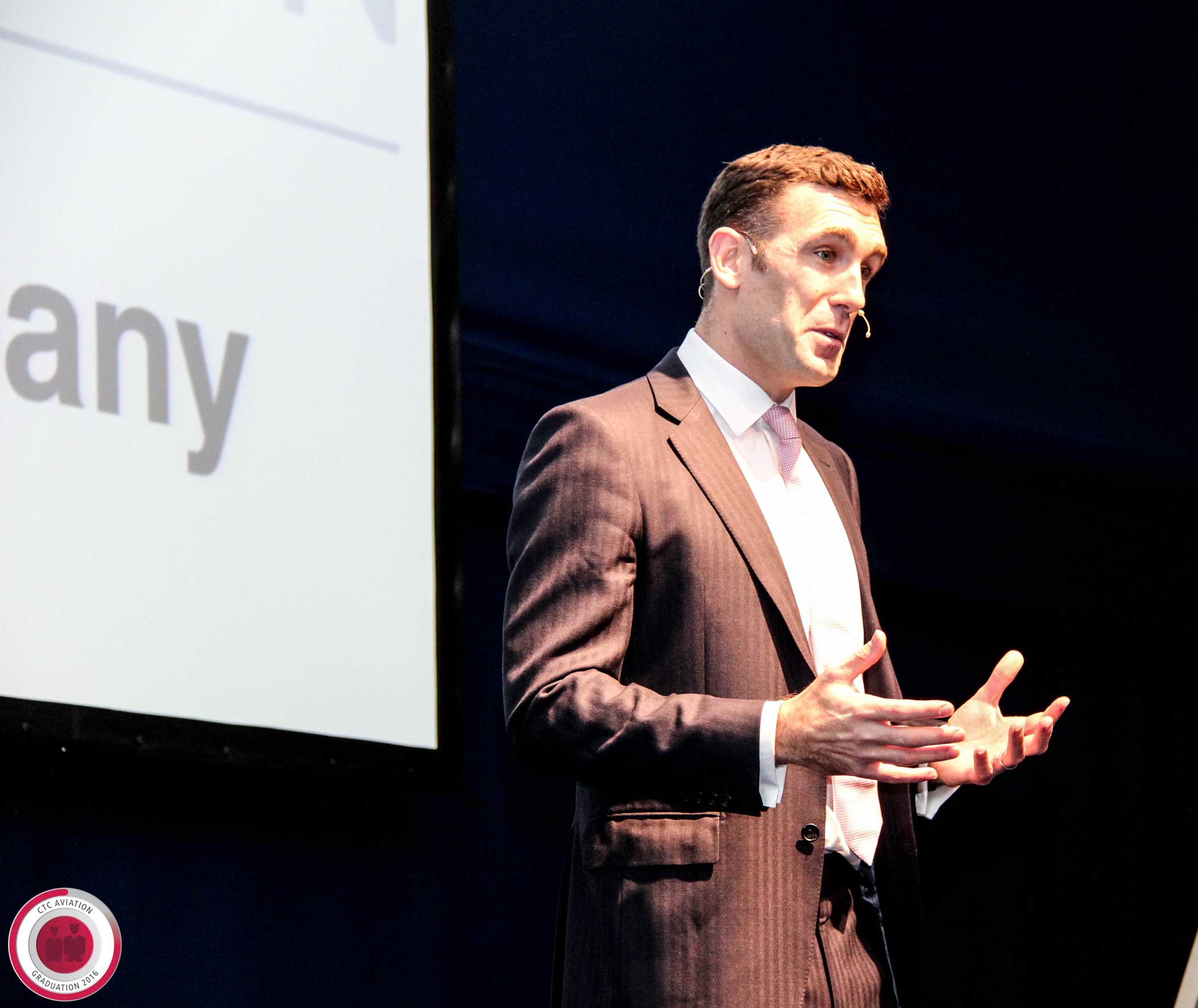 Addressing the ceremony, Captain Rob Clarke, President of CTC Aviation said, “We’ve always wanted to offer a career as an airline pilot to as many people as possible and I believe we’ve made some great strides over the years.

“This year that’s evident in two outstanding initiatives: the Virgin Atlantic Future Flyers Programme, through which the airline has enabled genuine diversity and opportunity within a broader community of aspiring pilots through loan underwriting for trainees.

“We’ve also launched the Amy Johnson Flying Initiative in partnership with easyJet and the British Women Pilots Association, which provides loan underwriting for female candidates as a longer term strategy by the airline to encourage women into the profession. We are delighted to see an increased level of interest already and to see more women graduating here today; but we’re determined to see that number continue to rise.” 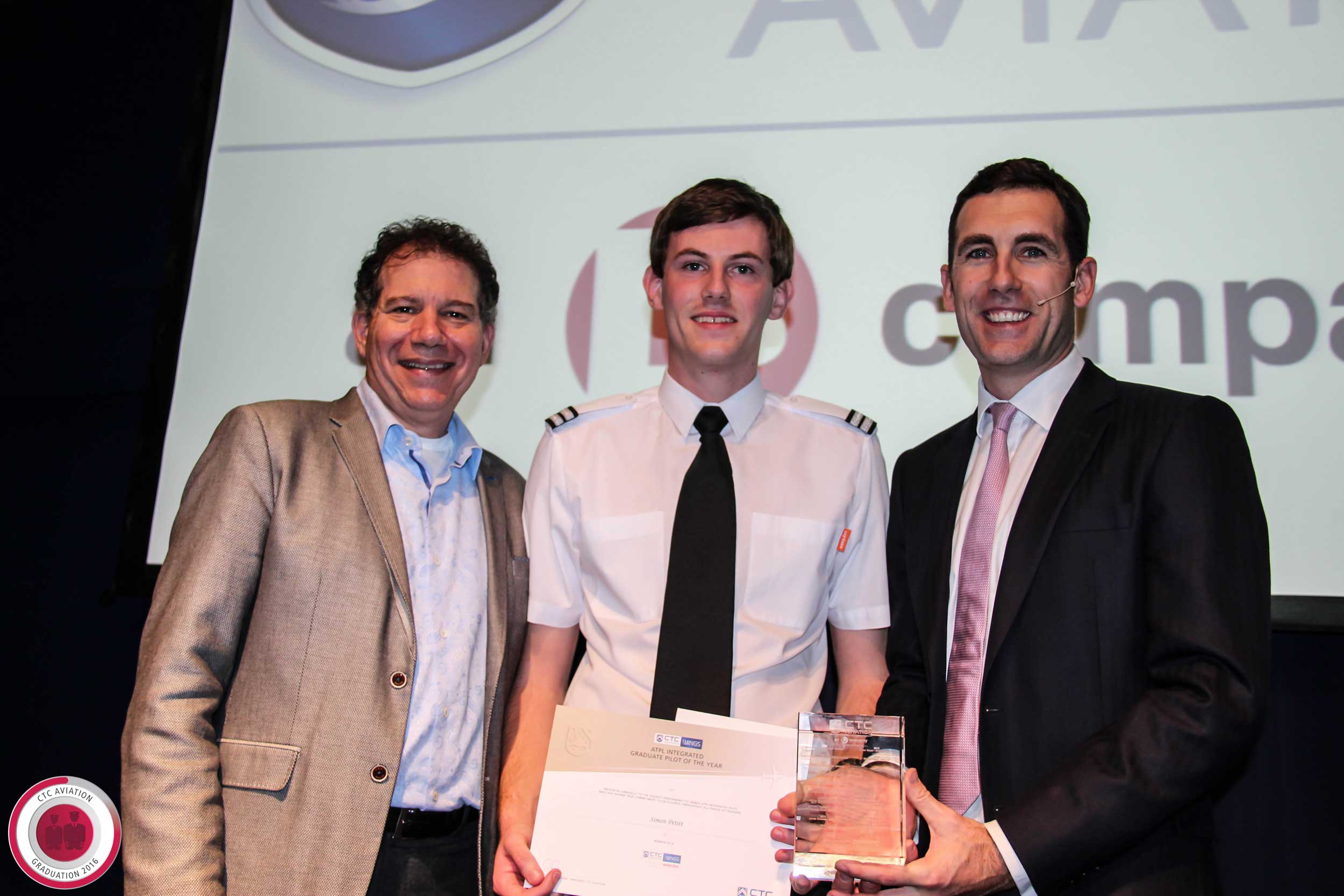 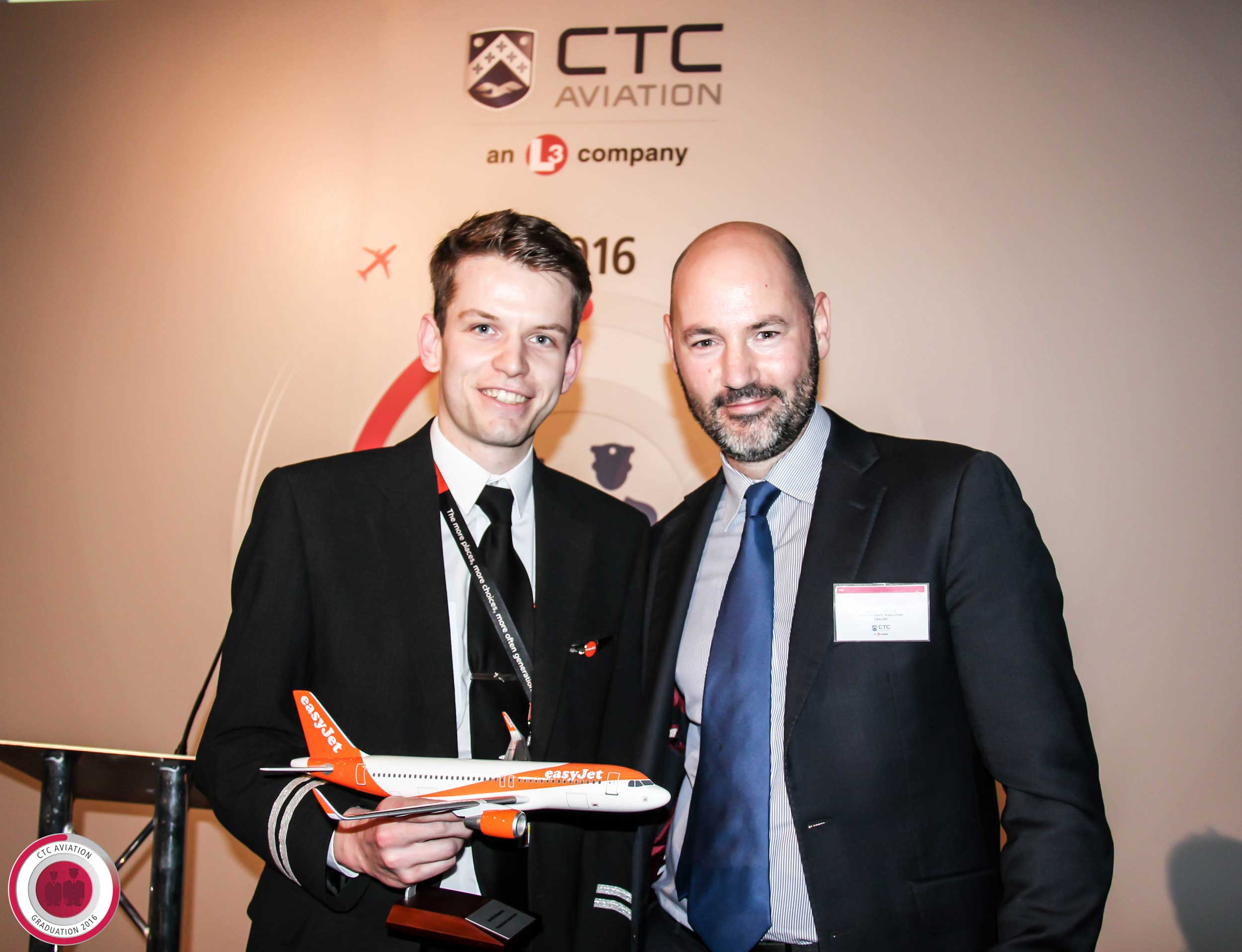 easyJet ‘Orange Spirit’ Award
A special airline award for an outstanding easyJet graduate who has demonstrated optimism, innovation, drive and passion; someone who is friendly, fun and welcoming to all. Winner Jacob Edwards, easyJet 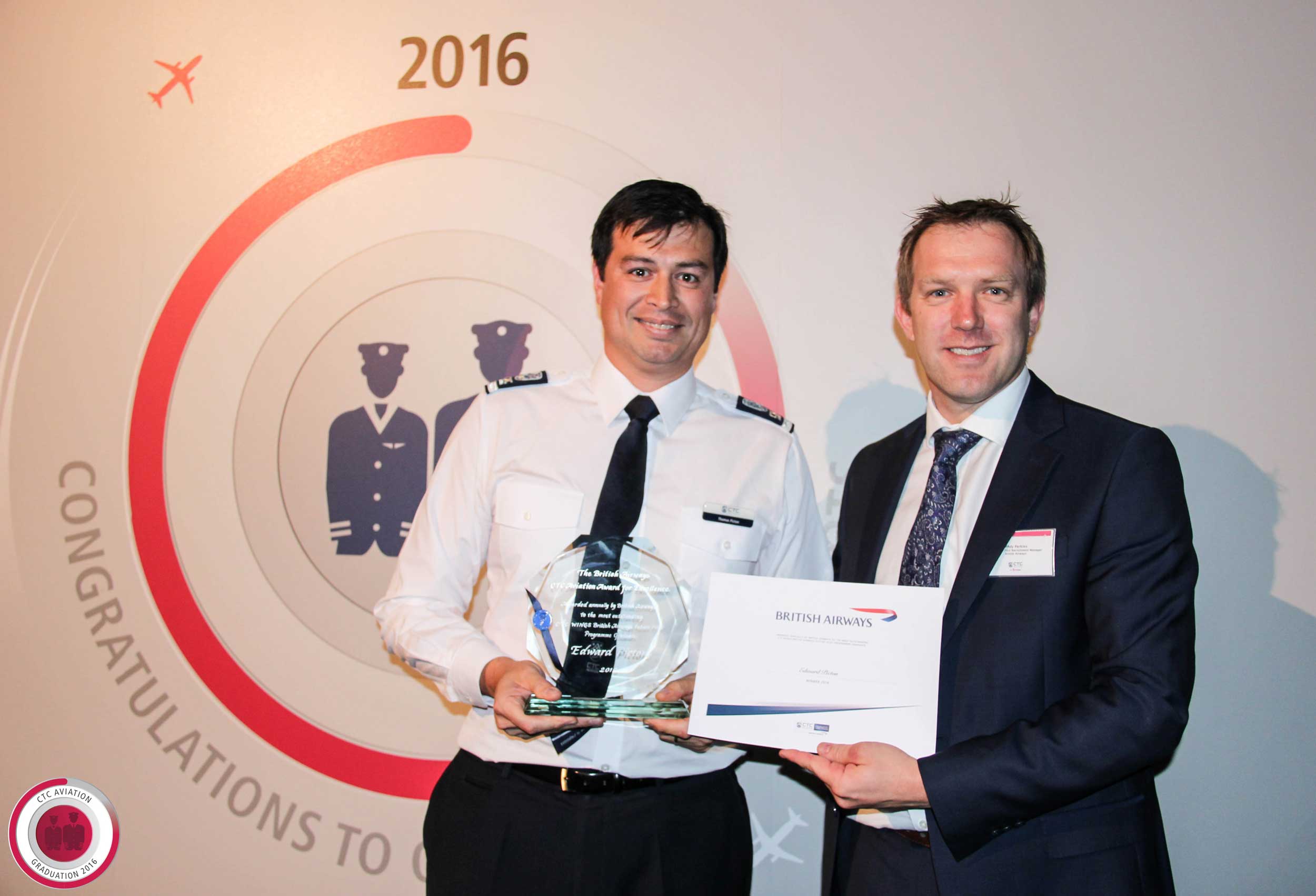 Closing the ceremony, Captain Clarke added, “Today is about your achievement and I know everyone here will want to join me in saying how proud we are of you, in saying congratulations and in wishing you the very best of luck with your future career in what is, after all, the very best job in the world!”