The ambassadors will receive a scholarship towards their training and will act as role models to help drive awareness and promote the pilot profession among women, as well as diversity in aviation.

The first three CAE Women in Flight ambassadors are:

“I want to be a fantastic role model for my kids, particularly my daughter,” said Georgina, aged 28, from London, United Kingdom.

“I convinced her to call me ‘super mummy’ because I’m learning how to fly. Too many women give up on their dreams and careers as soon as they become mothers.”

Daniella, aged 20, from Mexico City, Mexico, said, “I have never had a passion until I discovered my love for aviation. We should remember that gender is no limit, our limit is the sky.”

Bisma, aged 30, from High Wycombe, United Kingdom, said, “I am 100% sure that no other profession can compare to the pilot profession.

“The satisfaction that you get from flying is different from any career that I can possibly pursue.”

“We look forward to accompanying our new ambassadors, from their early days in training to the beginning of their journey as professional pilots with our airline partners,” said Nick Leontidis, CAE Group President, Civil Aviation Training Solutions.

“This ground-breaking scholarship programme is a catalyst for more diversity in the cockpit, and we congratulate the winners as they pave the way for a new generation of pilots. We thank all applicants of this first edition and wish them much success in reaching their dreams of becoming pilots.” 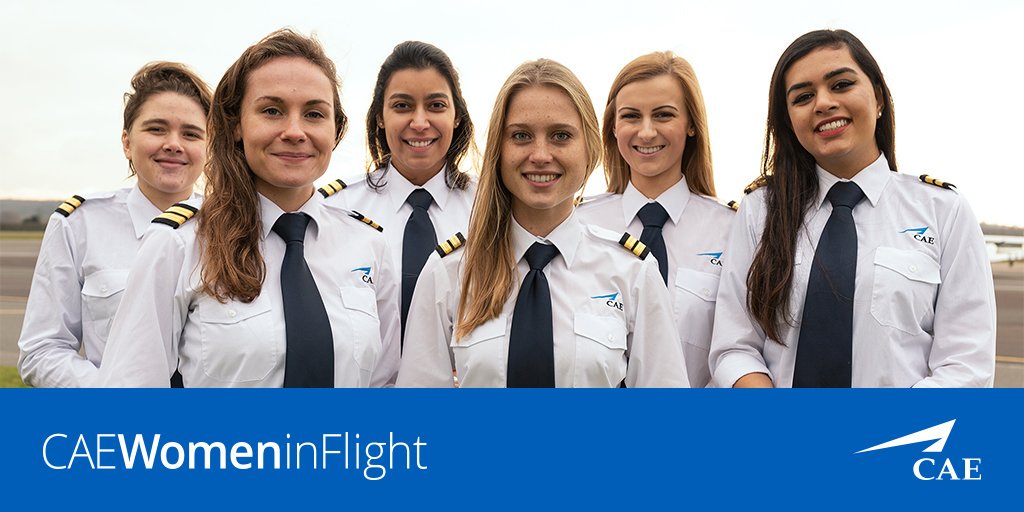 CAE is awarding five scholarships for this first edition of the programme. The CAE Women in Flight scholarship recipients for the Air Asia Cadet Pilot Programme and the American Airline Cadet Academy Programme will be announced later this year.

Over the next decade, CAE expects the civil aviation industry to need over 300,000 new pilots. With women currently representing less than 5% of pilots, CAE is taking a proactive approach to promote a better gender balance and tap into a wider pool of talent. One of the objectives of the CAE Women in Flight programme is for its ambassadors to inspire a new generation of professional pilots.

More details are available at cae.com/womeninflight. The CAE Women in Flight ambassadors will begin sharing their journey on social media in the coming weeks. Follow @CAEpilot on Instagram.