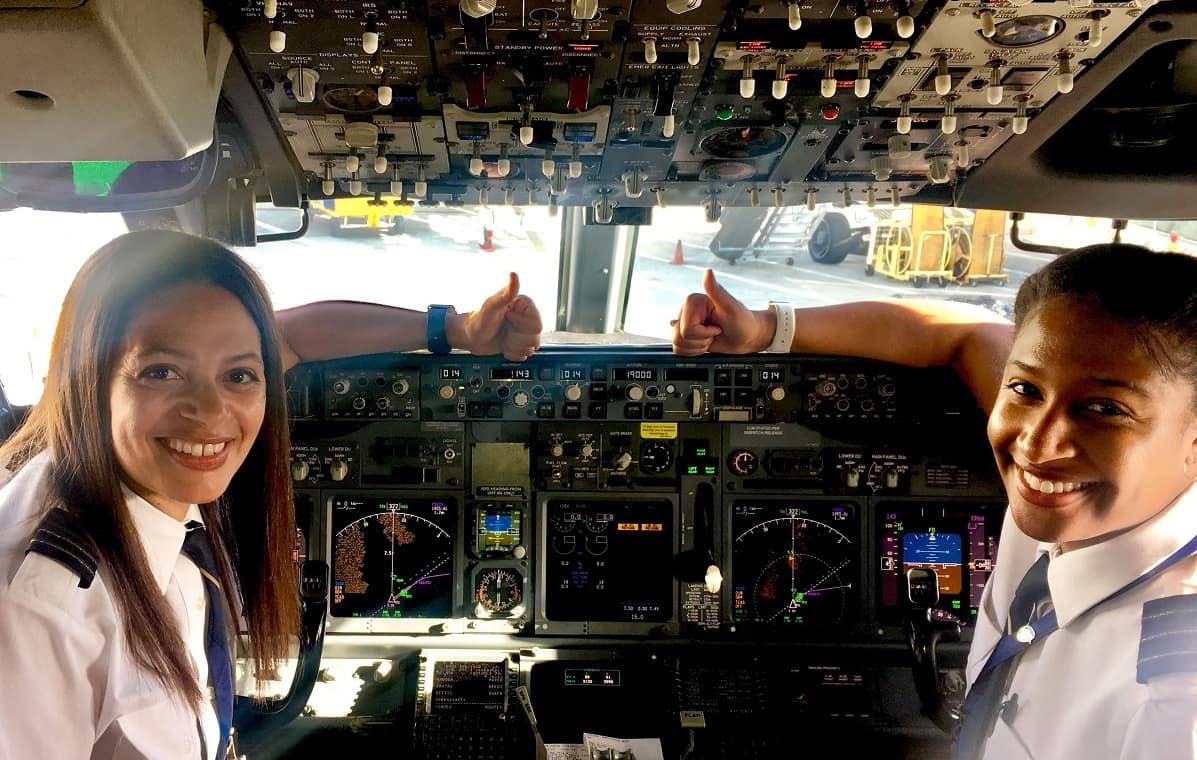 Capt Tara Wright, left, and First Officer Mallory Cave making history when they were the first African American female pilots to crew a US airliner together. Photo: Embry-Riddle

Female pilots are uncommon among airlines but black female professional pilots are even rarer. Even in the US, which is ahead of most nations in the diversity of its pilot population, has fewer than 150 black female pilots holding airline transport pilot, commercial, military or certified flight instructor licenses.

So Captain Tara Wright is a rarity, and she sees part of her role is to educate people, often when they ask to have a photo taken with her.

“I call it a selfie a day and educating one person about how flying airplanes is something anybody can do if they have access to the right education and skill-building opportunities,” said Wright.

She flies for Alaska Airlines pilot and graduated from Embry-Riddle Aeronautical University in 1993 with a degree in Aeronautical Science.

”Women of colour, and even women more broadly, just don’t know this is a viable career option and that’s in large part because they haven’t seen lots of women flying airplanes,” said Wright. “It’s important to demonstrate there are people like me who do this job.”

She also made history on Mother’s Day in May while flying an Alaska Airlines Boeing 737-800 jet from San Francisco to Portland, Oregon. Capt. Wright along with First Officer Mallory Cave were the first African-American female pilots to crew an Alaska Airlines jet together.

An Alaska Airlines spokeswoman said the Airline is committed to attracting, retaining and advancing a diverse employee population.

“We believe that by celebrating and promoting milestones such as the historic flight of Captain Wright and First Officer Cave, we can open up the talent pipeline even further so that girls and women everywhere can achieve their dreams of flying.”

Embry-Riddle Aeronautical University is a US institution but it also has site in Berlin, Germany which any European resident is eligible to attend. A Bachelor of Science in Aeronautics degree includes either an ATPL or MPL course, with the flight training taken with Lufthansa’s European Flight Academy.

A Wings Alliance student, Paidamwoyo (Paida) Marizani, has been awarded the Arlan Hamilton & Earline Butler Sims scholarship, which is covering a ...