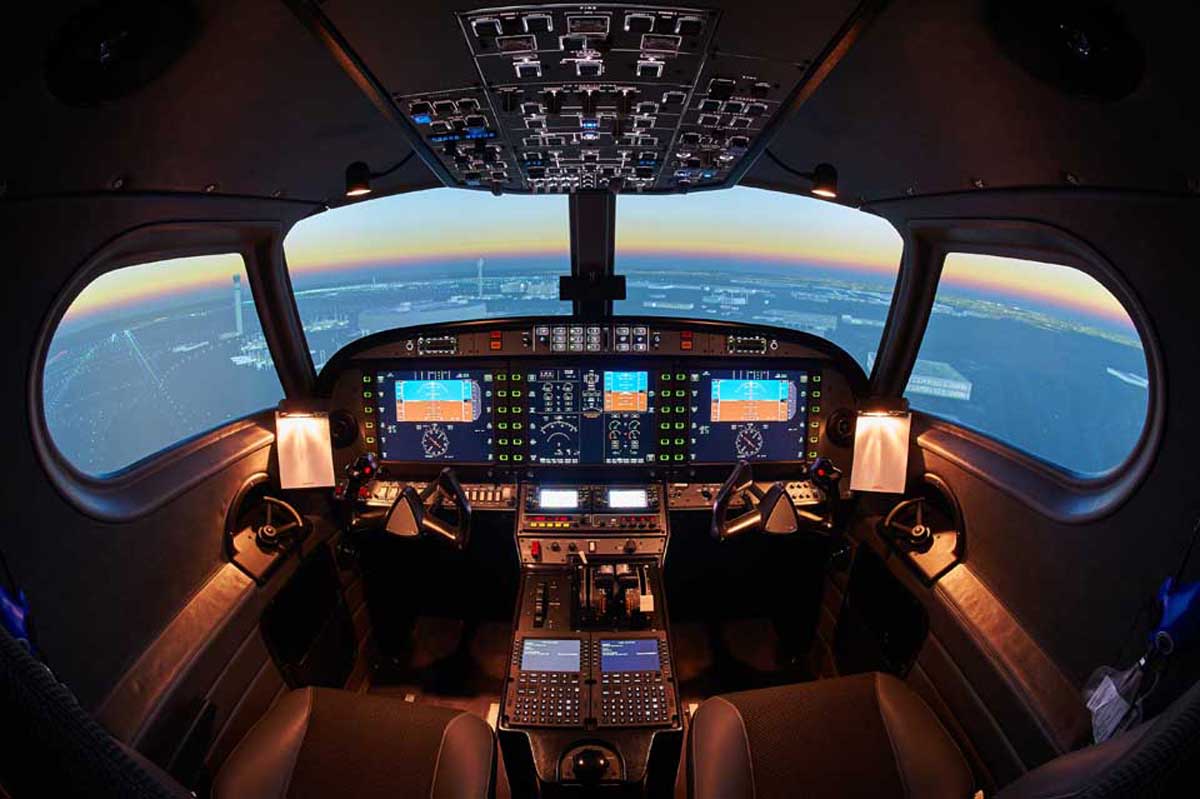 Stapleford Flight Centre uses the ALX FNPT2 MCC Simulator. It’s a generic jet model that has many features from both B737 and A320 type aircraft. Features include twin FMC, CDUs, weather radar, TCAS etc.

The course has been introduced by the European Aviation Safety Authority (EASA) to deliver enhanced MCC training incorporating the Jet Orientation Course (JOC).

“Already some major airlines are indicating a preference for recruiting pilots equipped with this APS MCC. It will include advanced swept-wing jet aeroplane training and advanced airline operations scenario training and is designed to prepare pilots to operate a medium narrow body jet aircraft.

“Stapleford is particularly well placed to deliver this new and more advanced training, using our state-of-the-art ALSIM ALX medium jet flight simulator, which although generic has many of the features found on Boeing and Airbus jet aircraft.

“While the new course is competitively priced at £4,995 and will attract students looking for a jet airline career, we will continue to offer the current MCC and JOC courses for those students for whom they are better suited.”

The first of the three-week courses starts on 29 October and the second course on 3 December. The training extends from the current 20 hours for the MCC to 40 hours of simulator training with ground school increased from three to five days.