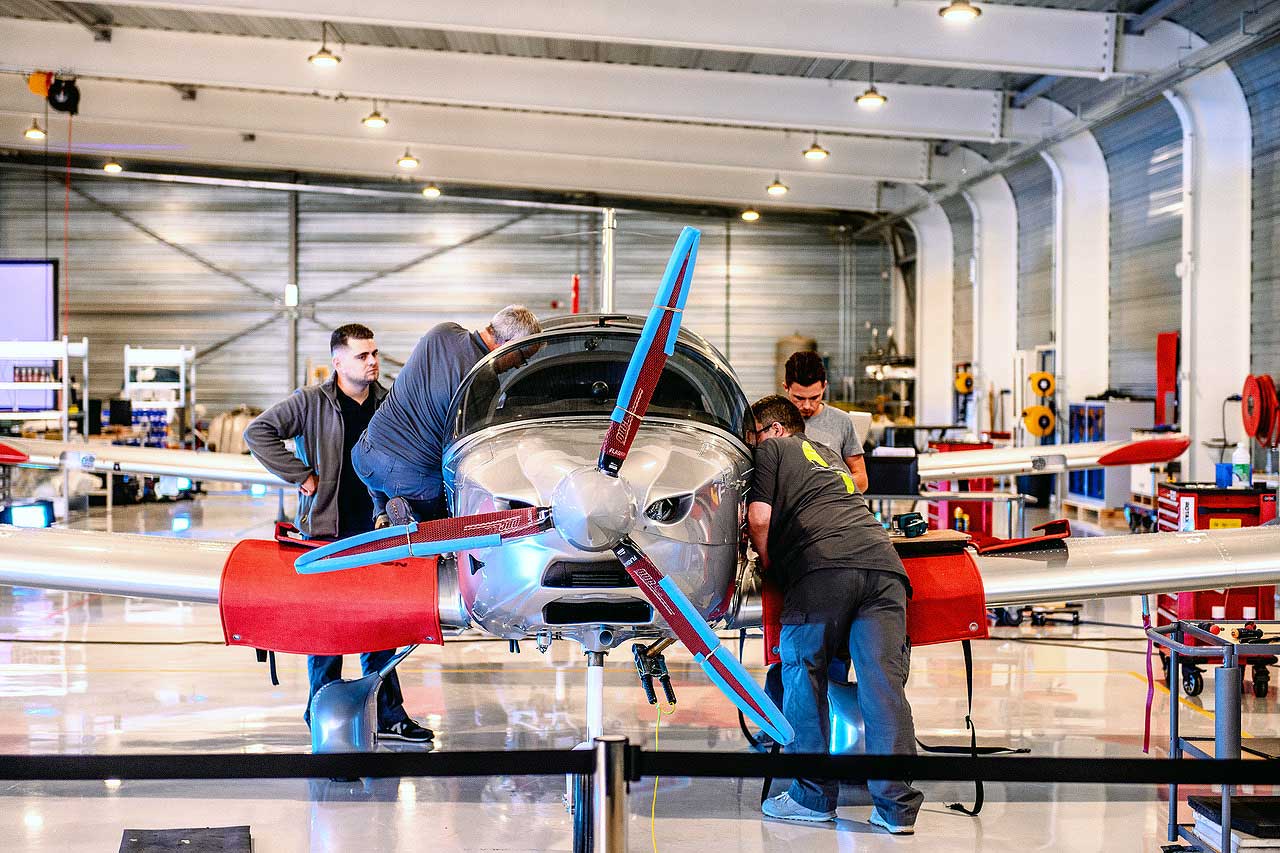 The infrastructure includes a 2000sq metres assembly hall, offices and a showroom. The aerodrome’s two parallel runways allow testing all year round.

The start of the activity on the Namur site has marked a decisive turning point in Sonaca 200 production and deliveries.

“Thanks to this new infrastructure, we can simultaneously assemble eight aircraft and produce around 60 aircraft per year, or even up to 80 aircraft per year in the event of peak periods,” said Harold Van der Straten, Sonaca Aircraft CEO.

Belgian manufacturer Sonaca is speeding up assembly of its 200 trainer

Sonaca’s order book is strong too, with more than 60 aircraft. “The current order book has secured the production for the next 12 months,” said Pierre Van Wetter, Sonaca Aircraft Chief Commercial Officer.

“Most of our clients are located abroad – Germany, Estonia, France, Great Britain, Turkey, etc. They are mainly flight schools and flying clubs looking for capable and reliable two-seaters to complete or even replace a fleet of aging aircraft.”

Sonaca Aircraft has developed various renting and leasing solutions to provide a service rather than just a product.

“From the outset, clients have expressed an interest for these kinds of solutions,” explained Harold Van der Straten.

“They avoid schools and flying clubs from having to finance the purchase of the aircraft and handling the resale. Leasing also allows clients to adapt the capacity on demand and thereby face certain peaks of activity without having to invest in new aircraft.”

The manufacturer is planning to develop an IFR (Instrument Flight Rules) version and an “Upset Prevention and Recovery Training” (UPRT) utility version.

de Havilland name returns to the skies with Dash 8-400

Private jet company ASL is expanding to add pilot training to its business – and it has chosen the new Sonaca 200 two-seater as its ab in...