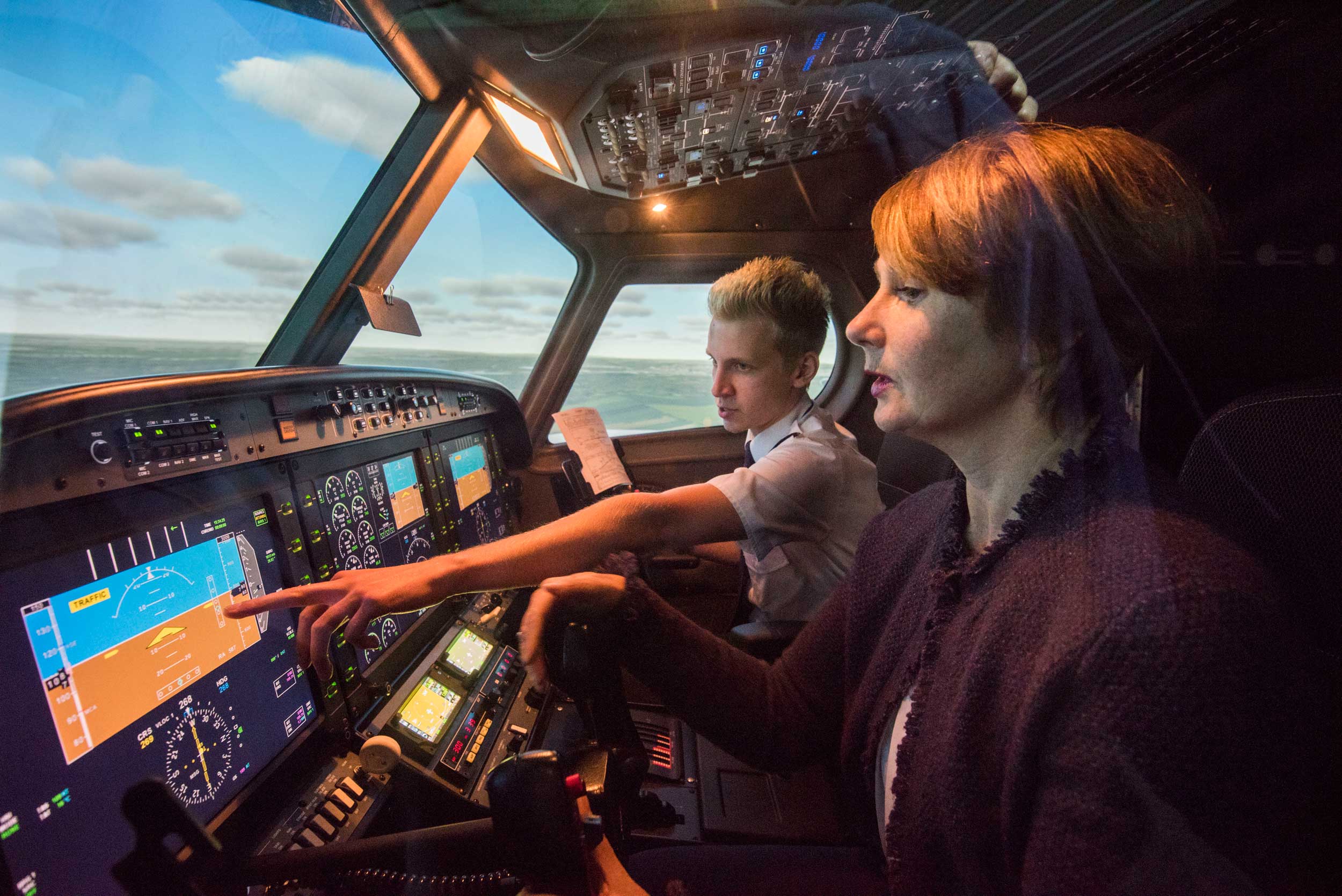 The Alsim ALX simulator is part-funded by a £80,000 grant from Scottish Enterprise.

The simulator was given its ‘first flights’ on Monday when Caroline Strain of Scottish Enterprise was shown how it works by one of Tayside’s instructors, Gavin Ritchie.

The Alsim ALX can simulate a range of aircraft from a light piston twin to a medium range jet transport.

It has been certified for training by the Civil Aviation Authority (CAA), and will be used by students taking part in Tayside Aviation’s BSc (Hons) Professional Aviation Pilot Practice degree.

James Watt, managing director of Tayside Aviation, said, “Superior in almost every way to our previous model, the new simulator came pre-installed with advanced airport graphics giving students a highly realistic approach to training outside of the aircraft.

The simulator also incorporates Performance Based Navigation (PBN) which is a new industry requirement being adopted worldwide.  PBN will improve the accuracy of where aircraft fly using satellite-based navigation rather than ground-based navigation aids. 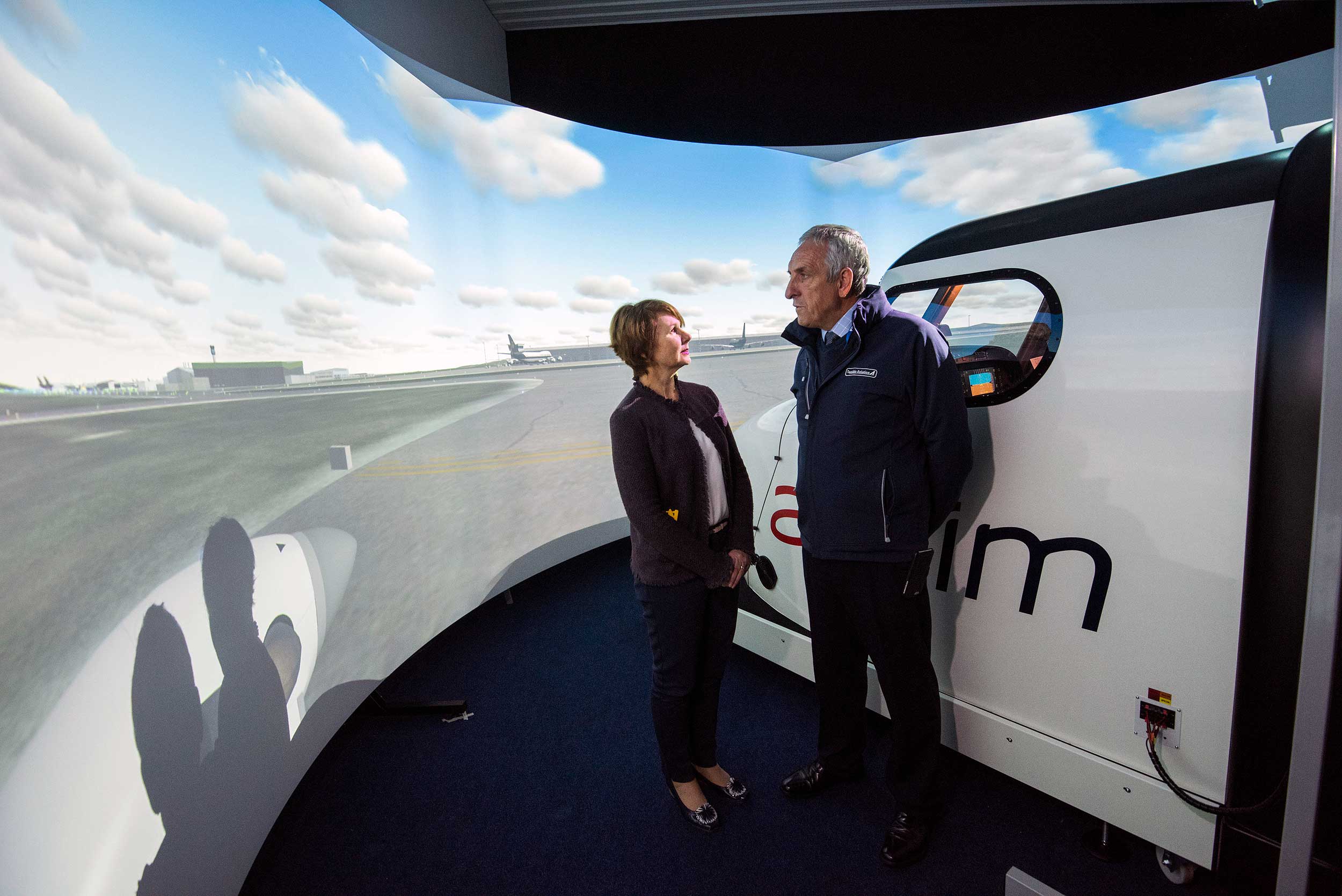 Scottish Enterprise’s Caroline Strain said, “This is a great example of how a small, ambitious Scottish company is using RSA funding to aid its growth and international competitiveness.

“By purchasing this state-of-the-art new equipment, Tayside Aviation will be in prime position to take advantage of increased demand due to worldwide pilot shortages while meeting new industry requirements.

“We’ve been working with Tayside Aviation for eight years now, with support ranging from marketing advice to relationship building in Ireland, China and Libya as well as helping them develop their honours degree in partnership with the University of Middlesex. It’s great to see the company take this next big step.”