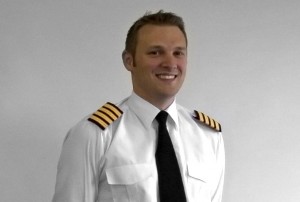 Two months after the award of Helicentre Aviation’s flight instructor scholarship, Captain Morgan Whiting has become the UK’s first flight instructor to complete his FI course on the Cabri G2. He passed his flight test less than a week ago and has already started instructing PPL(H) students on the company’s Cabri G2, R22 and R44 helicopters.

The scholarship, which was funded entirely by Helicentre Aviation has made it possible for Morgan to fast-track his career and walk straight into an instructing position. “I’m absolutely thrilled to have been given this opportunity, and to be able to do the course on the Cabri G2 was a bonus,” Morgan explained. “It’s amazing to have started working as an instructor so quickly after getting my licence issued”.

Helicentre Aviation will be awarding one further flight instructor scholarship next year in addition to their commercial pilot scholarship, and is urging potential applicants to register their interest as soon as possible – only three candidates applied for this year’s award. The only pre-requisite for application is that candidates complete their commercial modular flying course with Helicentre Aviation before 30 June 2014. The FI(H) scholarship is worth over £18,000 and a flight instructor position will be offered on completion.

The winner of Helicentre Aviation’s latest scholarship for a fully-funded Commercial Pilot (CPL(H)) course is Janine Lythe from Northampton. Jan...