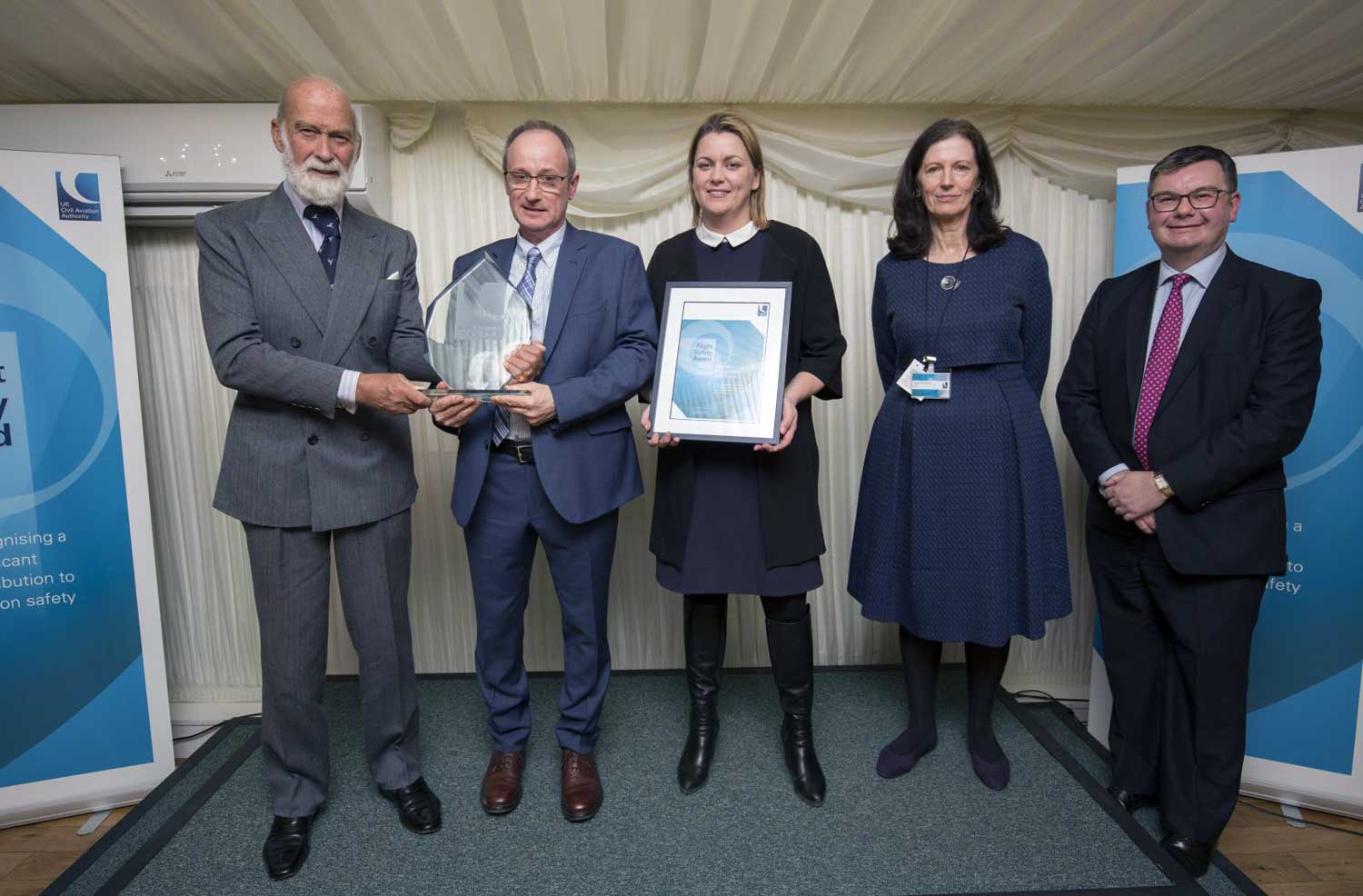 The CAA Flight Safety Award was presented on 6 February 2018 at the Houses of Parliament, attended by aviation industry leaders and politicians. His Royal Highness Prince Michael of Kent and Aviation Minister, Baroness Sugg made the presentation to Rory Clarkson, second from left.

A British engineer working for Rolls-Royce has won the UK CAA’s new flight safety award for his ground-breaking work to safely reduce the disruption volcanic ash can cause to aviation.

Rory Clarkson has been a leading figure in the aviation industry’s efforts to research the effects of volcanic ash on jet engines.

When Iceland’s Eyjafjallajökull volcano erupted in 2010, Europe’s aviation system was severely disrupted – mainly because of the lack of data on the level of volcanic ash that modern jet engines could safely fly in.

Since then Rory has been researching and developing a new set of higher levels for the UK manufacturer’s engines that will influence how the world deals with volcanic ash.

For the first time the industry now has a set of data and a model to use during any ash event. This will ensure aircraft engines don’t become damaged by volcanic ash while at the same time allowing airlines to fly as much as possible, safely reducing the disruption to passengers.

“We all remember the disruption caused by the volcanic ash cloud and Rory’s work on the potential impact of volcanic ash on jet engines is an outstanding contribution to aviation safety, demonstrating the kind of innovative work that is vital to this field.”

Airbus, Rolls-Royce and Siemens to develop flying hybrid by 2020

Stand by for a new chapter in the Theoretical Knowledge course on aircraft systems! Airbus, Rolls-Royce and Siemens have combined forces to develop hy...