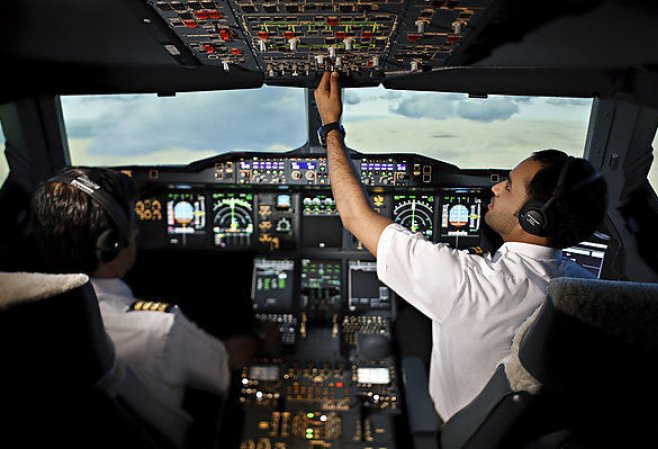 A cadet following in the footsteps of her pilot sister, and a prize-winning mum-to-be were among a record number of Emiratis to graduate from an Etihad Airways training programme.

Two-hundred-and-eighty students, mainly Emiratis, were honoured on 6 October at the Future Leaders graduation ceremony in Abu Dhabi. A total of 86 cadet pilots graduated, making it largest number to pass through the airline’s fast-track employment programme.

The ceremony was attended by Hamad Al Shamsi, vice chairman of Etihad, and James Hogan, the carrier’s president. The programme included 22 different careers with the company, from pilots to ground staff.

Among the latest crop of newly qualified recruits was cadet pilot Rasha Al Musallami, 29, from Abu Dhabi, who decided to quit her job as an assistant bank manager to train as a pilot at Etihad’s Al Ain training college.

Now, as a second officer, she will make her first commercial flight to Jaipur on Friday aboard an Airbus 320.