More than 1,100 visitors attended Pilot Careers Live London on Saturday 9 April, in order to find out more about a pilot career.

On a day which welcomed more than 35 exhibitors from across Europe, including British Airways, Flybe, the Royal Air Force and the British Airline Pilots Association, the key message was to go into the career with your eyes open.

Opening the speaking programme, Jim McAuslan, BALPA General Secretary, explained, “It’s a great profession and it’s one to be proud of; you can have your head in the clouds, but keep your feet on the ground.” He added, “Be prepared for ups and downs in your career. Pilot recruitment opportunities have improved, but ask yourself, will it be the same tomorrow?”

For the first time, the event hosted a Pilot Training Panel, which welcomed Alex Whittingham, Head of Training Bristol Groundschool and Anthony Petteford, Chief Commercial Officer CTC Aviation to talk about the positives of Modular and Integrated pilot training respectively. Also joining the panel was Ruth Thompson, who trained at FTEJerez and is about to begin a career as an A320 First Officer with Aer Lingus, and Dale Mudie, a BALPA nextGen member who is currently three months away from completing his modular training. The panel, chaired by BALPA’s General Secretary, Jim McAuslan, explored the costs of both routes, and considered the job prospects facing pilots who are currently training.

The majority of modular pilot training schools have not, in the past, offered any form of pilot selection, meaning that pilots can sometimes begin pilot training, making large investments in chunks of pilot training, before finding that they may not be suited to the career. Alex Whittingham explained that the need for some aptitude assessment has been identified and is being targeted for improvement. Anthony Petteford explained that whichever training route future pilots follow, some form of selection should be regarded as essential. “Most forms of selection will charge, our selection costs £295. But it’s a tiny amount in comparison to getting it wrong.” There are also independent assessments on offer, the most popular from the Honourable Company of Air Pilots.

Pilots Thompson and Mudie both echoed the need for some form of selection, warning that the rigours of pilot training, and the dedication that’s required, will not be for everyone. Both pilots also emphasised the need to make yourself stand out from the crowd on your CV in order to land that coveted job at the end of training.

Whittingham explained, “This is the best time for pilot recruitment that I’ve seen in 30 years in the industry,” but he urged visitors to bear in mind that it’s a cyclical industry, and the hiring needs of airlines can change within days.

Video highlights from the panel will be made available in the coming days.

British Airways’ Manager of pilot recruitment, Lindsay Craig, also presented, providing details of the carriers Future Pilot Programme, details of its next intake have been promised from Summer 2016.

“It isn’t just about obtaining your licence it’s about being industry ready and employable by an airline.”

Elsewhere at the event, the Aviation Skills Partnership announced another professional pilot training and degree programme, for fixed-wing pilots and flight instructors, to its Aviator Pathway. Th new degree, delivered through a partnership between Airways Aviation Academy and the University of South Wales, was launched at the event and is designed to enable students to gain an academic qualification based on their theoretical and practical pilot training. Airways Aviation’s Naveed Kapadia explained, “It isn’t just about obtaining your licence it’s about being industry ready and employable by an airline.”

The next Pilot Careers Live events will be taking place in Madrid on 7 May, Stockholm on 18 June and Leeds on 9 July. The show will return to London Heathrow on 5 November 2016, tickets will be on sale before the end of April.

Some photos from the event are below, more photos can be found on our Facebook page. 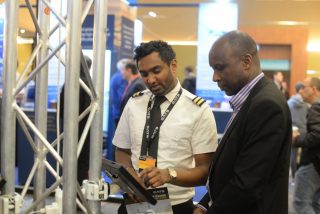 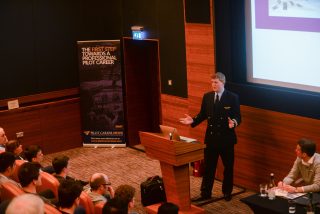 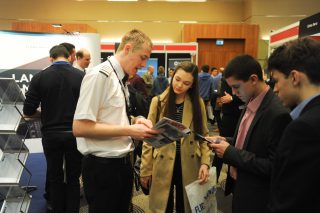 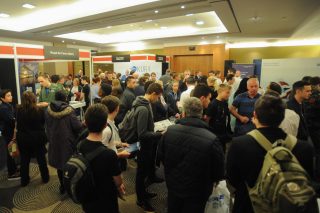 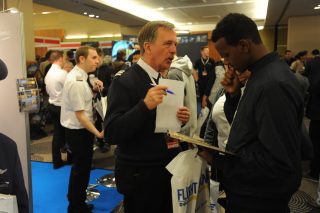 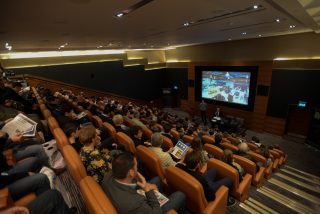 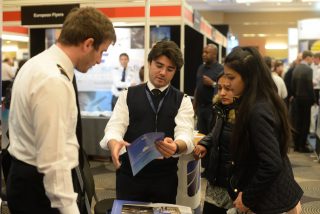 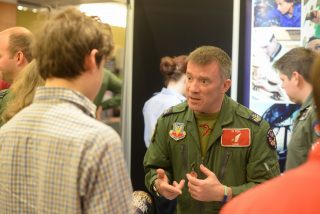 As part of Women of Aviation Week, Olivia Olphert, a pilot with Loch Lomond Seaplanes, talks about how she started in aviation

We've extended our Earlybird tickets to give visitors the chance to save money.