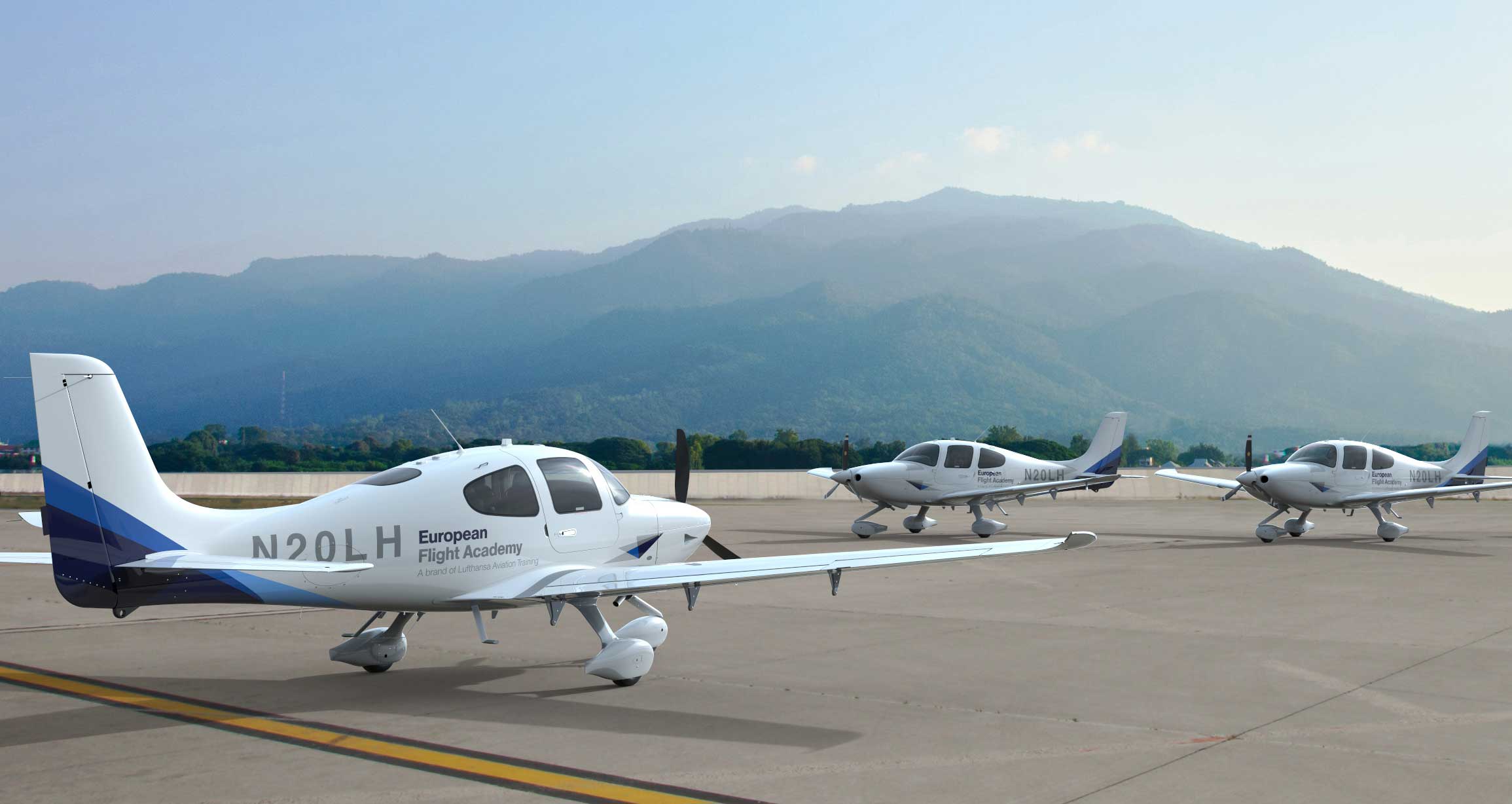 Lufthansa Aviation Training has ordered 25 SR20 single-engine piston four-seaters from Cirrus Aircraft for its primary training fleet. They will be flown from Lufthansa’s training base in Goodyear, Arizona, USA.

It’s not just Luftansa cadet pilots who will fly the SR20s. The base also trains pilots for Swiss Air, Austrian Airlines, Eurowings, All Nippon Airways (ANA), KLM as well as the German Air Force.

The SR20 is a techologically-advanced aircraft with a fully integrated glass cockpit. The flight deck is called ‘Cirrus Perspective by Garmin’ and has two large flight displays, a Flight Management System (FMS) keypad controller, an Electronic Stability and Protection system, plus integrated engine indication and crew alerting/warning systems – all features found on modern airliners.

The latest SR20 is powered by a 215hp Lycoming IO-390 – new to the aircraft this year – and has an all-composite structure. It also includes a built-in whole aircraft parachute system,  the Cirrus Airframe Parachute System.

Delivery of the twenty-five Cirrus aircraft to LAT will begin in October 2017 and is expected to be completed by February 2018.