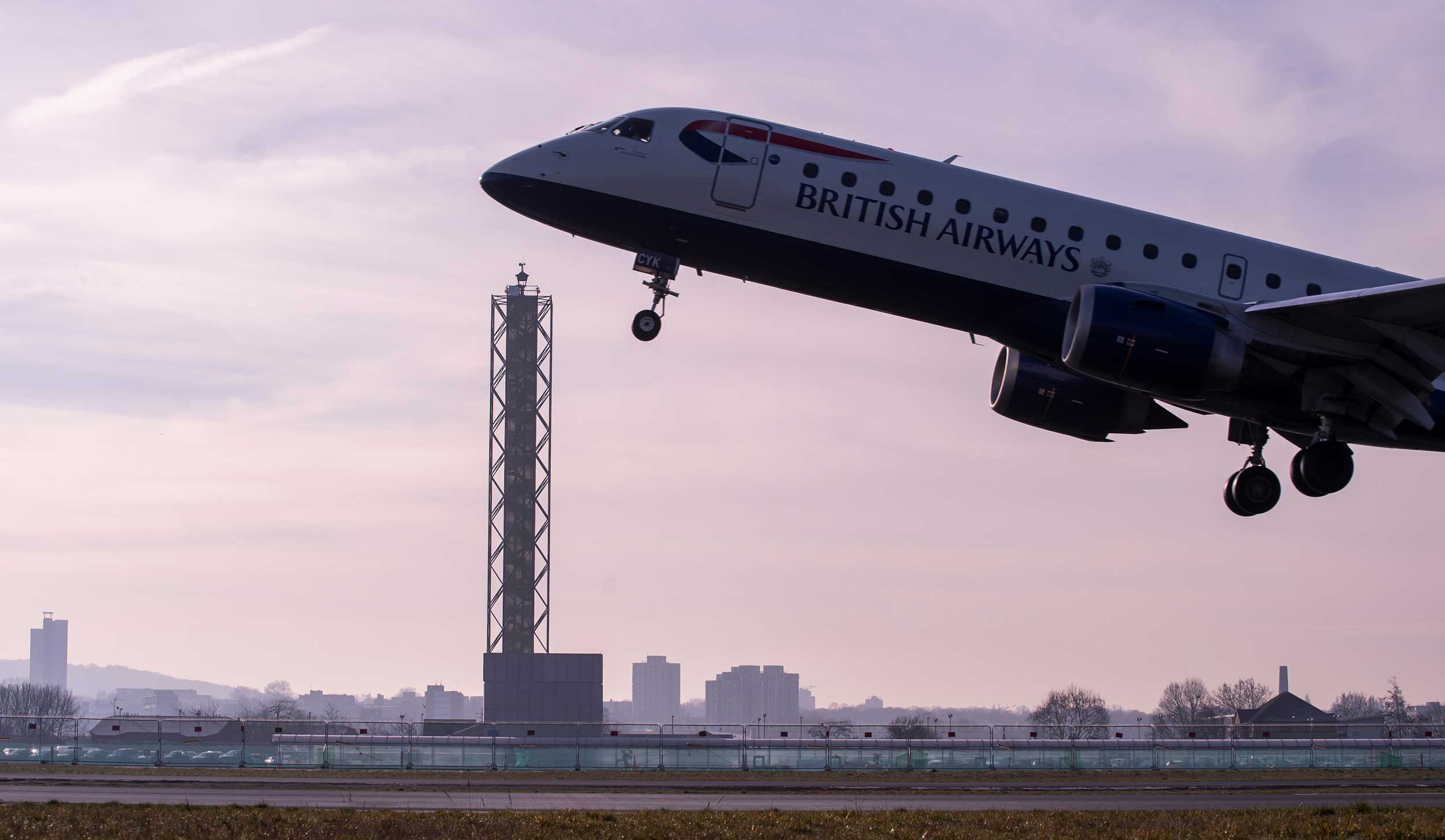 +VIDEO London City Airport has become the first major international airport in the world to be fully controlled by a remote digital air traffic control tower.

It follows intensive testing and live trials of the revolutionary technology during lockdown.

All flights on the airport’s summer schedule are being guided to land or take off from the heart of the London Docklands business district by air traffic controllers based 115km away at NATS’ air traffic control centre in Swanwick, Hampshire. They use an ‘enhanced reality’ view supplied by a state-of-the-art 50-metre high digital control tower.

The technology marks a step-change in global air traffic management and will help the airport meet an expected surge in demand for flying during the summer season as restrictions are eased from Monday 17 May.

The multi-million-pound investment marks a major milestone in City Airport’s investment in its future, following the completion of new aircraft stands and a full-length parallel taxiway which became operational in December 2020.

“This investment in smart infrastructure will help us meet future growth in passenger demand, improve air traffic management and give us enhanced capability as aviation bounces back from the pandemic.

“It is also a demonstration of the commitment to innovation in the UK aviation sector and to being at the forefront of defining the future of flight.

“Since going operational at the end of January, the technology has worked really well and is ready for the expected increase in demand for flights as Brits book their well-deserved summer getaways.” 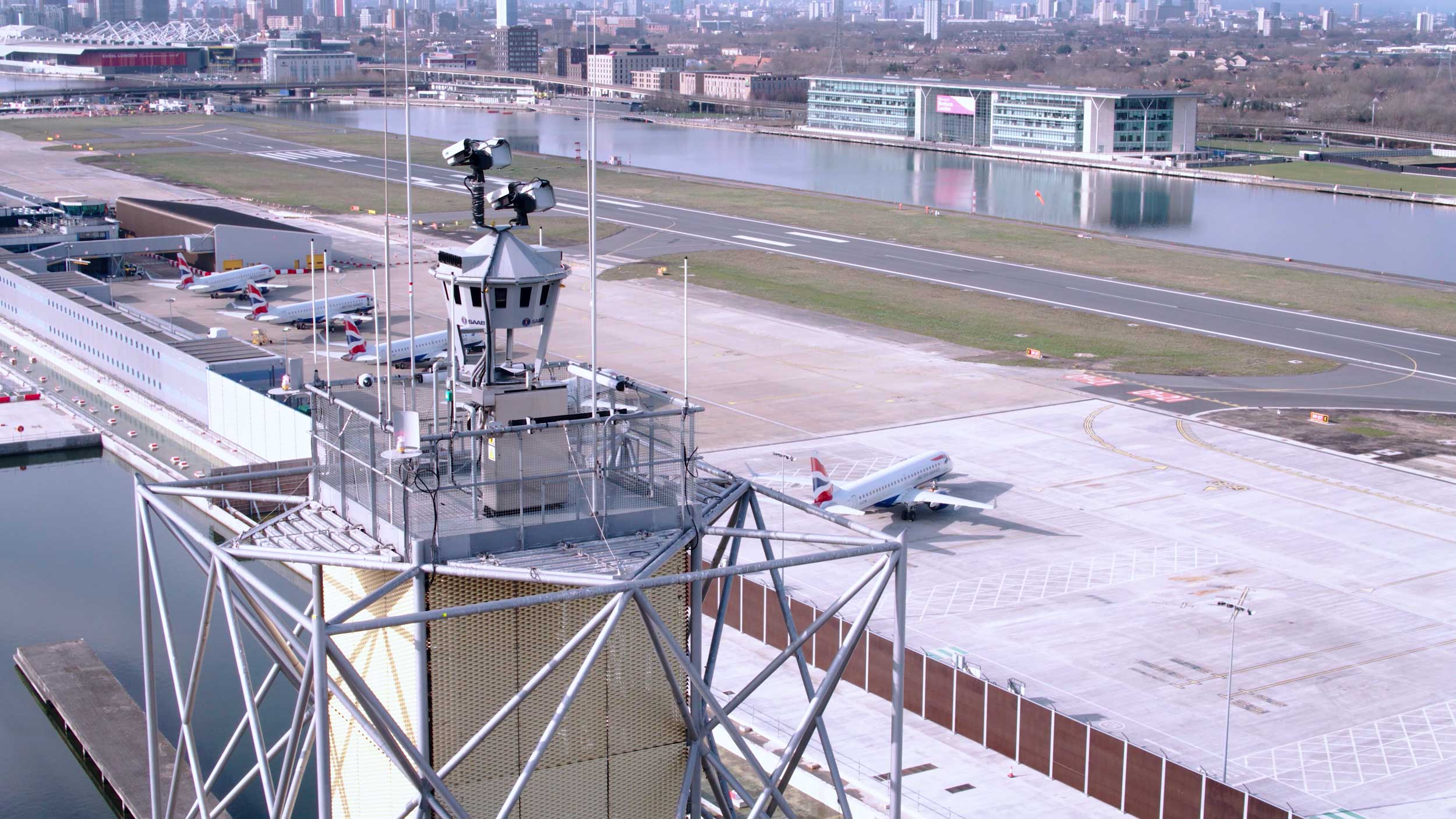 The technology was pioneered by Saab Digital Air Traffic Solutions, which has successfully tried and tested the system at Örnsköldsvik and Sundsvall airports in Sweden.

Sixteen high-definition cameras and sensors mounted on the mast capture a 360-degree view of the City Airport airfield. This is relayed through super-fast fibre connections to a new control room in NATS’ air traffic control centre in Swanwick.

A dedicated team of controllers use the live footage, an audio feed from the airfield and radar information to instruct aircraft movements in and out of the airport.

The live feed, transmitted through independent secure fibre networks, is displayed on 14 HD screens in the Swanwick control room to provide a panoramic moving image. This can be overlaid with digital data to provide an ‘enhanced reality’ view.

Information such as call signs, altitude and speed of all aircraft approaching and leaving the airport, weather readings and the ability to track moving objects can all be included in this single visual display. Pan-tilt-zoom cameras can magnify images up to 30 times for close inspection. 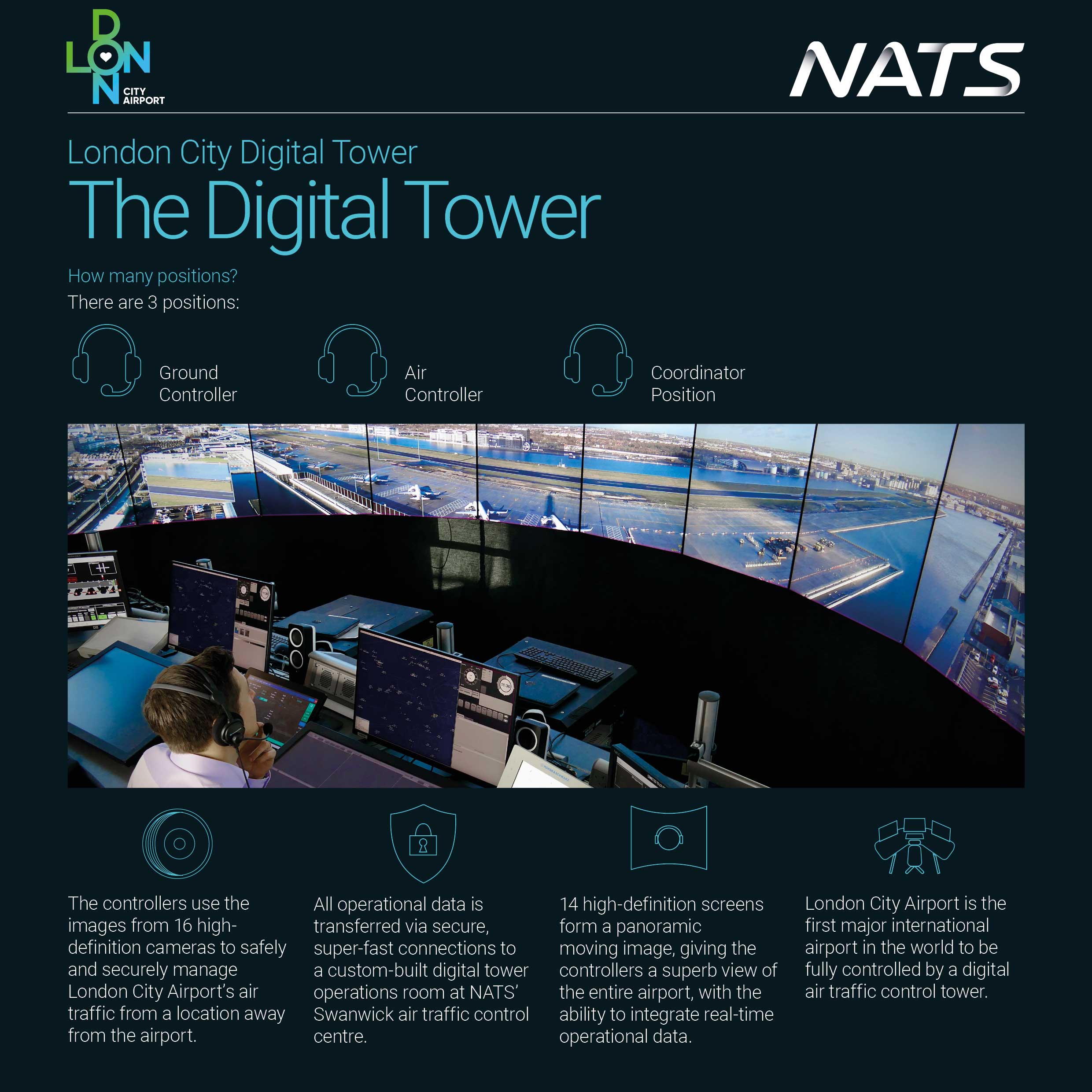 Take the first step towards a career in Air Traffic Control

British Airways has released a stunning cockpit video showing the steep approach into London City Airport from an A318, to celebrate an anniversary of...

Ever wondered what the view is like from one of the busiest control towers in the world? With the world’s busiest two runways, the Heathrow Airport ...