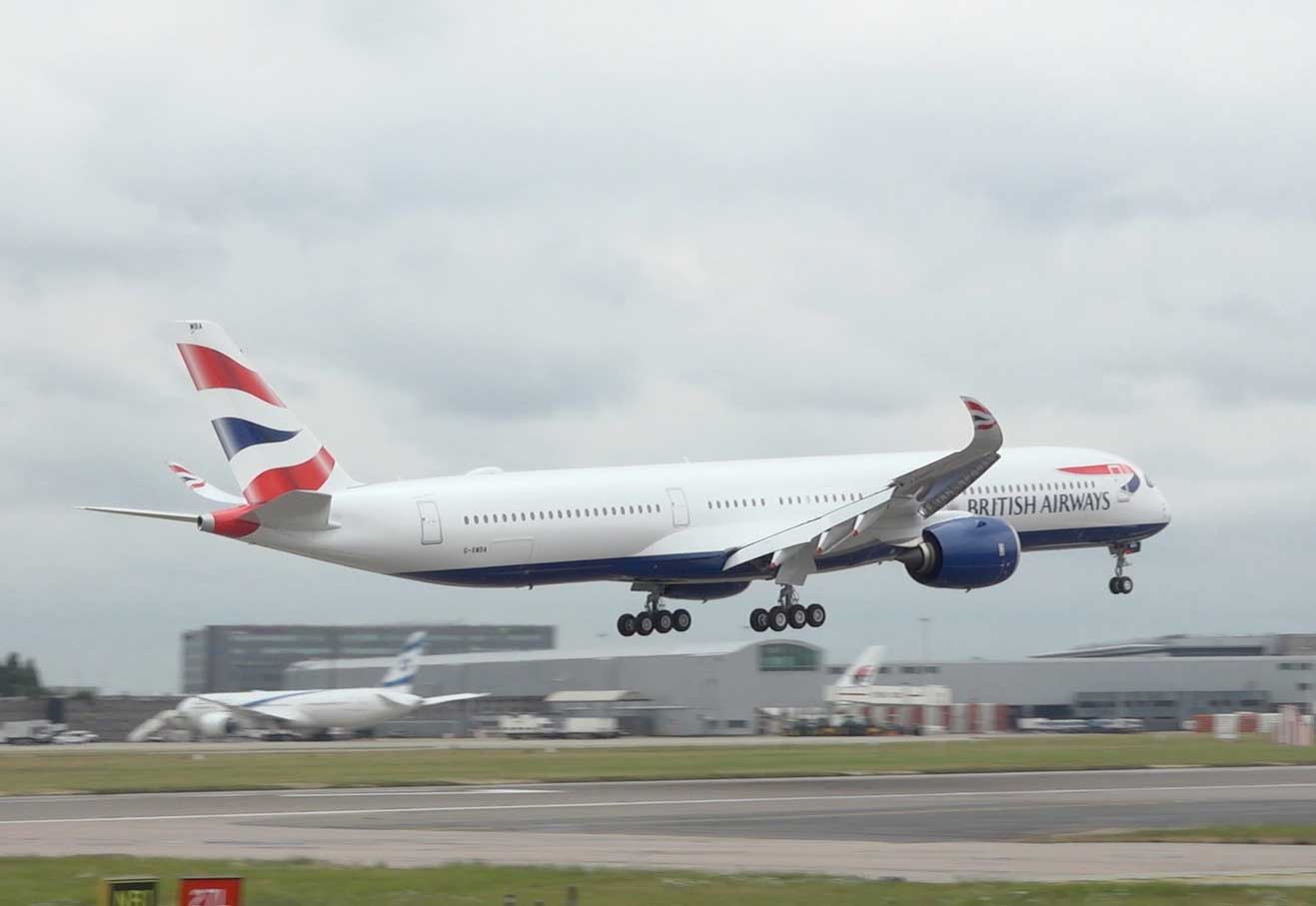 The airline will take delivery of 18 A350s, with four of the new aircraft joining the fleet before the end of the year.

Carolina Martinoli of British Airways said, “This aircraft marks a significant and exciting milestone in our £6.5 billion investment programme.”

The A350 promotes a feeling of well-being, space and calm due to its reduced noise levels, high ceilings and ambient lighting which is intended to compliment the time of day and outside light. Cabin pressure is equivalent to an altitude of 6,000ft.

As well as a new 56-seat Club World cabin, the three-cabin A350 features the latest World Traveller Plus cabin (56 seats) and World Traveller (economy) cabin with 219 seats. Customers will also benefit from high-speed WiFi. 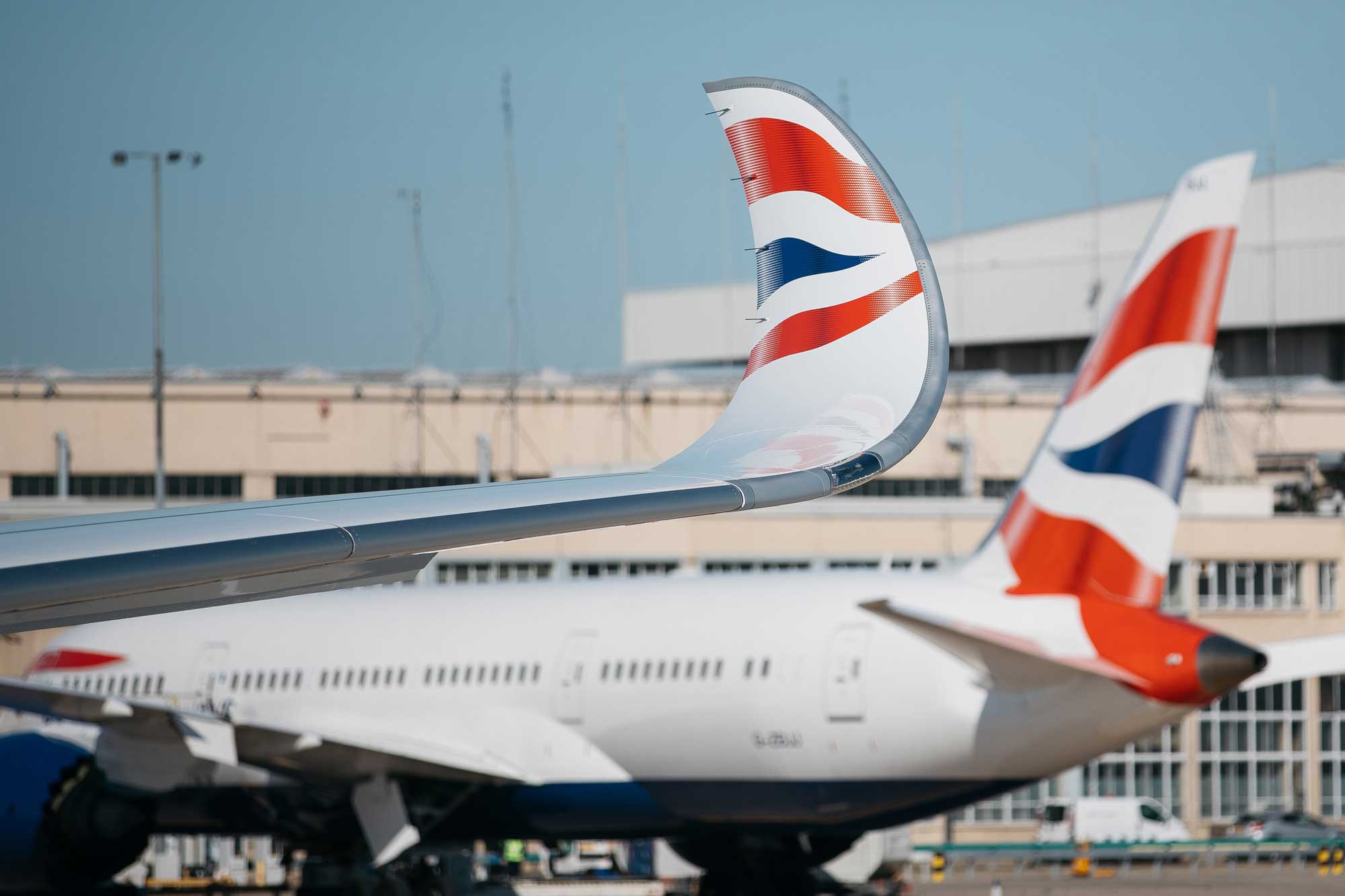 The A350 XWB is built with more than 70% advanced materials, combining carbon composites (53%), titanium and modern aluminium alloys, to create a lighter and more cost-efficient aircraft while also reducing maintenance requirements.

During phase one of the introduction in August, the first A350 aircraft will start short-haul flying between London and Madrid to allow the airline’s teams to perfect their customer service delivery and familiarise cabin crew with the aircraft layout.

In phase two, which starts during September, the aircraft will begin long-haul flying to Dubai, followed by services to Toronto, Tel Aviv and Bangalore this year. During this period another three A350 aircraft will join the British Airways fleet and two Boeing 777 aircraft will also be retrofitted with the new cabin. 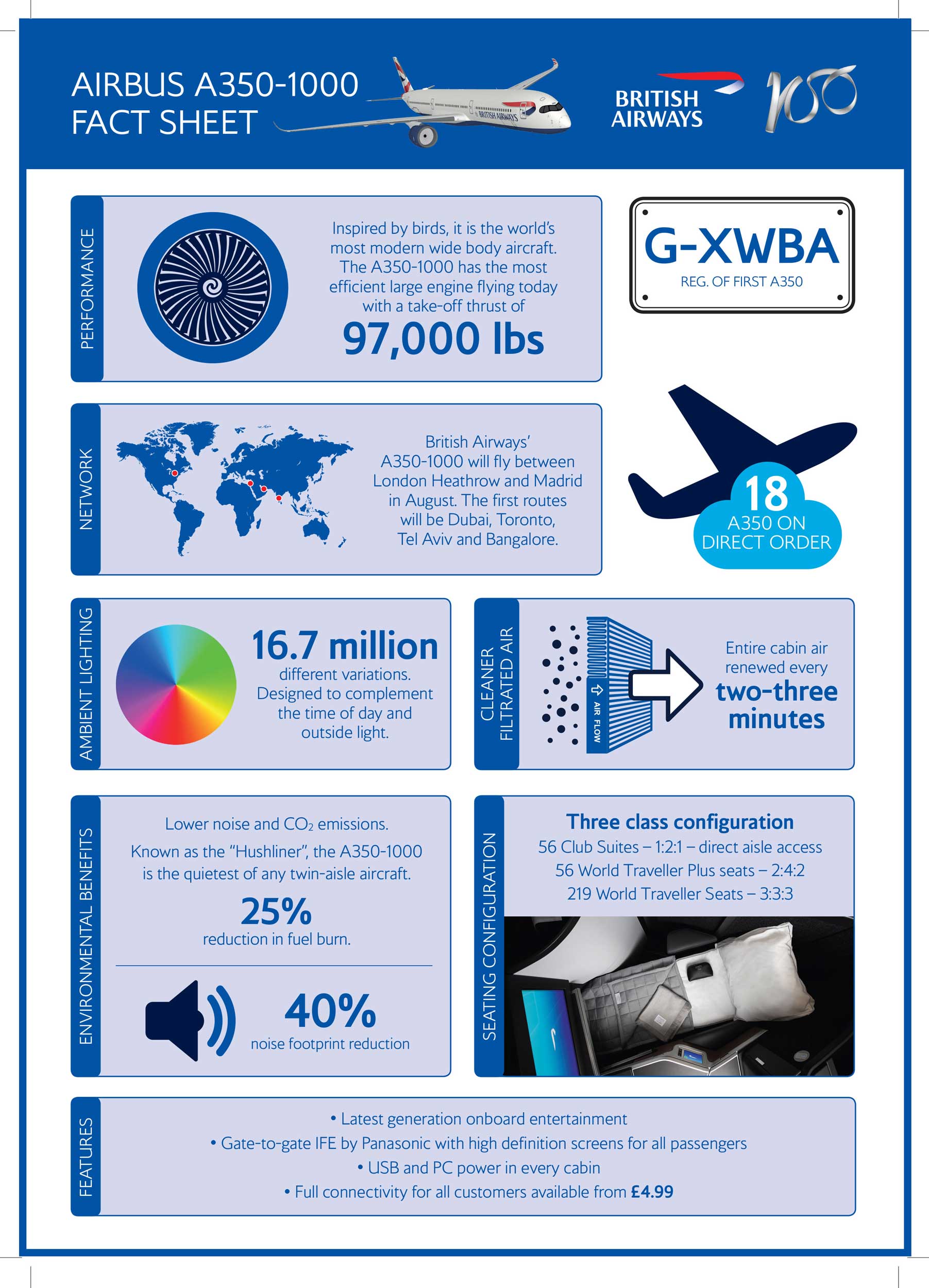