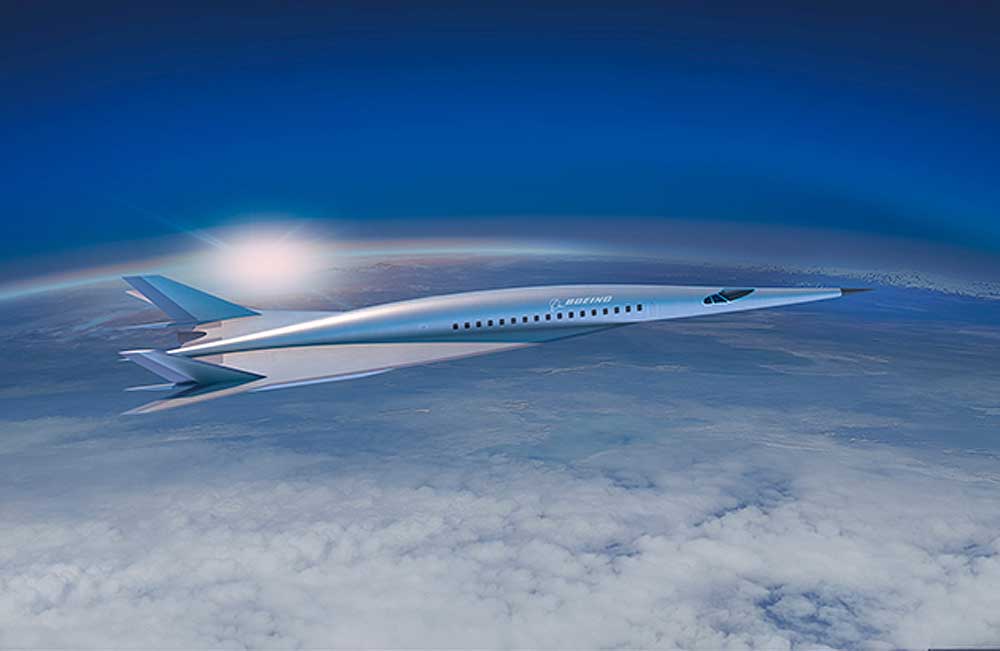 Frustrated because you have missed out on the supersonic Concorde era? Well, if a new Boeing project comes to fruition then Concorde’s max speed of Mach 2.04 will seem slow by comparison.

Boeing has just announced a hypersonic passenger-carrying airliner concept. ‘Hypersonic’ means the aircraft can fly at speeds more than five times the speed of sound, ie Mach 5 or above. So, New York to London in two hours or less.

“We’re excited about the potential of hypersonic technology to connect the world faster than ever before,” said Kevin Bowcutt, Boeing’s senior technical fellow and chief scientist of hypersonics.

“Boeing is building upon a foundation of six decades of work designing, developing and flying experimental hypersonic vehicles, which makes us the right company to lead the effort in bringing this technology to market in the future.”

Although Bowcutt can’t speculate when hypersonic flight for global travel will be a reality, he says it’s possible a hypersonic passenger vehicle could be airborne in 20 to 30 years.

The concept, along with other visions of Boeing’s future, will be on display at Farnborough Air show in July.

Airliner numbers to double over next 20 years, says Boeing

The future of commercial aviation is booming and the future, for the next twenty years at least, looks secure for anyone entering the sector, whether ...

Four years is an ambitious schedule to develop, manufacture and certify a brand new hybrid-electric airliner but that’s the target set by Boeing...