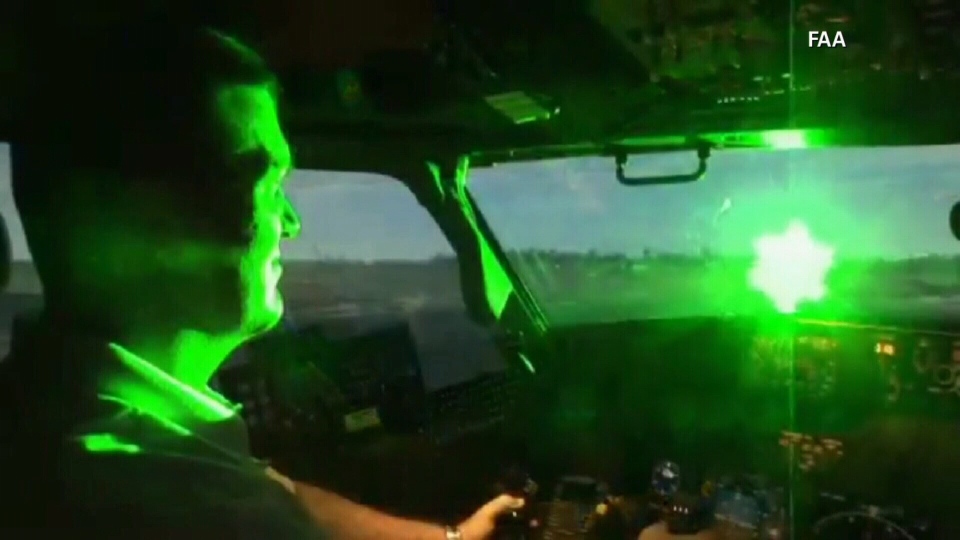 The British Airline Pilots’ Association (BALPA) has called for more to be done to tackle the growing use of lasers against aircraft, following an incident when a New York-bound aircraft was forced to turn back to London Heathrow Airport after a laser beam hit the cockpit after take off, causing a “medical issue” for one of the pilots.

The crew of Virgin Atlantic flight VS25 bound for New York took the decision to return to Heathrow after reportedly being attacked with a laser shortly after take off.

Jim McAuslan, General Secretary of BALPA, said, “This is not an isolated incident. Aircraft are attacked with lasers at an alarming rate and with lasers with ever-increasing strength. It is an incredibly dangerous thing to do. Shining a laser at an aircraft puts that aircraft, its crew and all the passengers on board at completely unnecessary risk.”

The latest call comes as it was also revealed that an aircraft carrying the Pope also experienced a laser beam incident when flying to Mexico last week.

“Modern lasers have the power to blind, and certainly to act as a huge distraction and to dazzle the pilots during critical phases of flight,” said McAuslan. “We are sure the police will do everything in their power to find the culprits of this attack and prosecute them.”

He repeated the Association’s call to the government for the devices to be classified as offensive weapons, explaining, “It would give the police more power to arrest people for possessing them if they had no good reason to have them.  This incident shows why this is becoming more-and-more urgent.”

McAuslan added, “Pilots across the world know how dangerous laser attacks are and therefore will join with me in commending the actions of the crew of VS25 who put their passengers’ safety first and took the decision to return to Heathrow.”

The UK CAA has also warned for vigilance against laser incidents, stating, “We strongly urge anyone who sees a laser being used at night in the vicinity of an airport to contact the police immediately.”

Are you a pilot looking for a new job or career change? Then you should visit Flight Crew Futures, the job fair for pilots. You’ll get to meet airli...