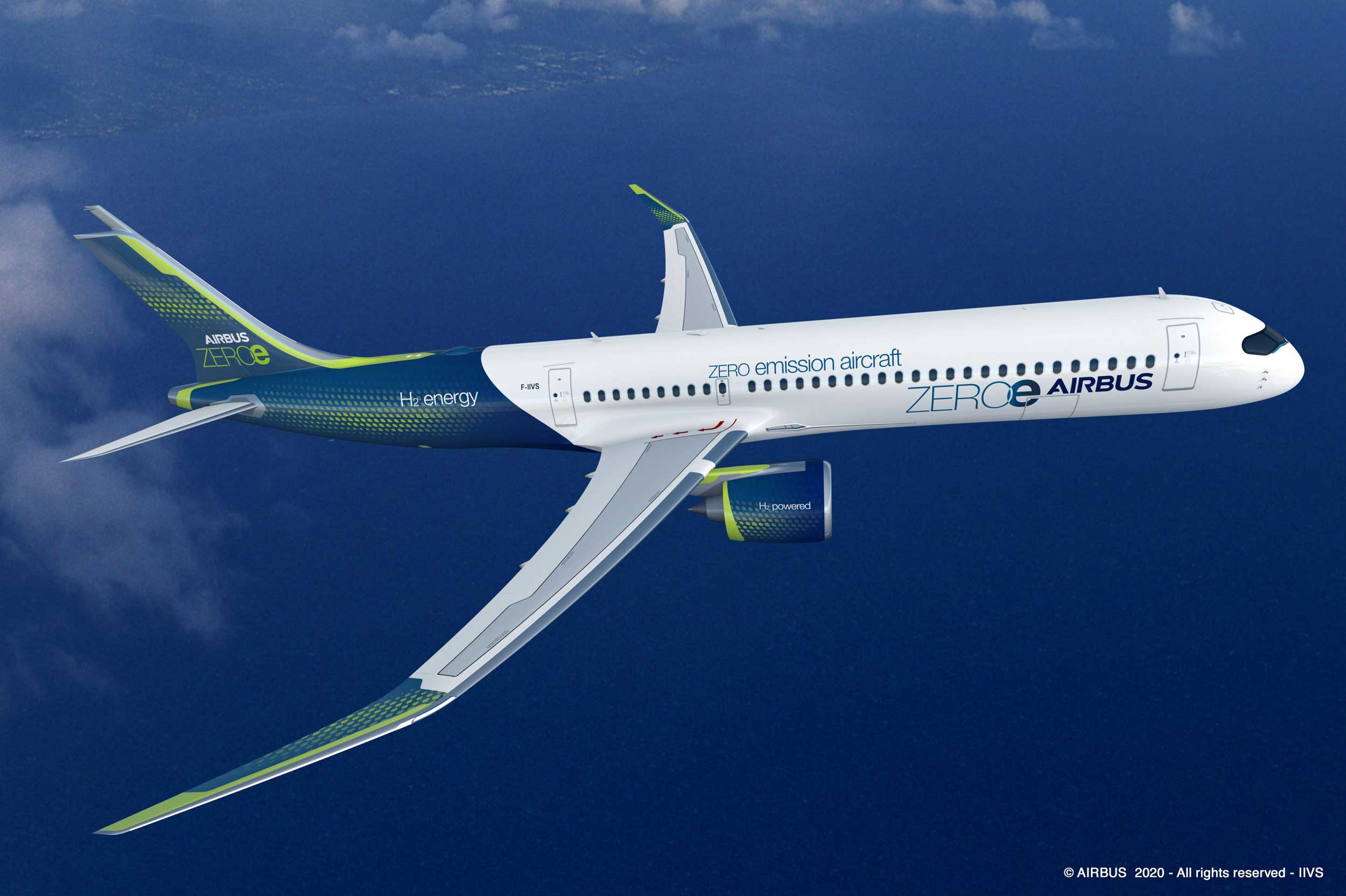 The Airbus ZEROe turbofan concept which is the closest to current jet aircraft. All images: Airbus

Clean, green airliners could be flying commercially in less than 15 years. Airbus has just released three concepts for the world’s first zero-emission commercial aircraft which could enter service by 2035.

The three concepts are very different in their approach but all use hydrogen as their fuel – a clean aviation fuel,

However, to make hydrogen-fuelled airliners work, there would have to be susbstantial investment in hydrogen production and at airports to safely store and refuel aircraft.

“This is a historic moment for the commercial aviation sector as a whole and we intend to play a leading role in the most important transition this industry has ever seen,” said Guillaume Faury, Airbus CEO.

“The concepts we unveil today offer the world a glimpse of our ambition to drive a bold vision for the future of zero-emission flight.

“I strongly believe that the use of  hydrogen – both in synthetic fuels and as a primary power source for commercial aircraft – has the potential to significantly reduce aviation’s climate impact.” 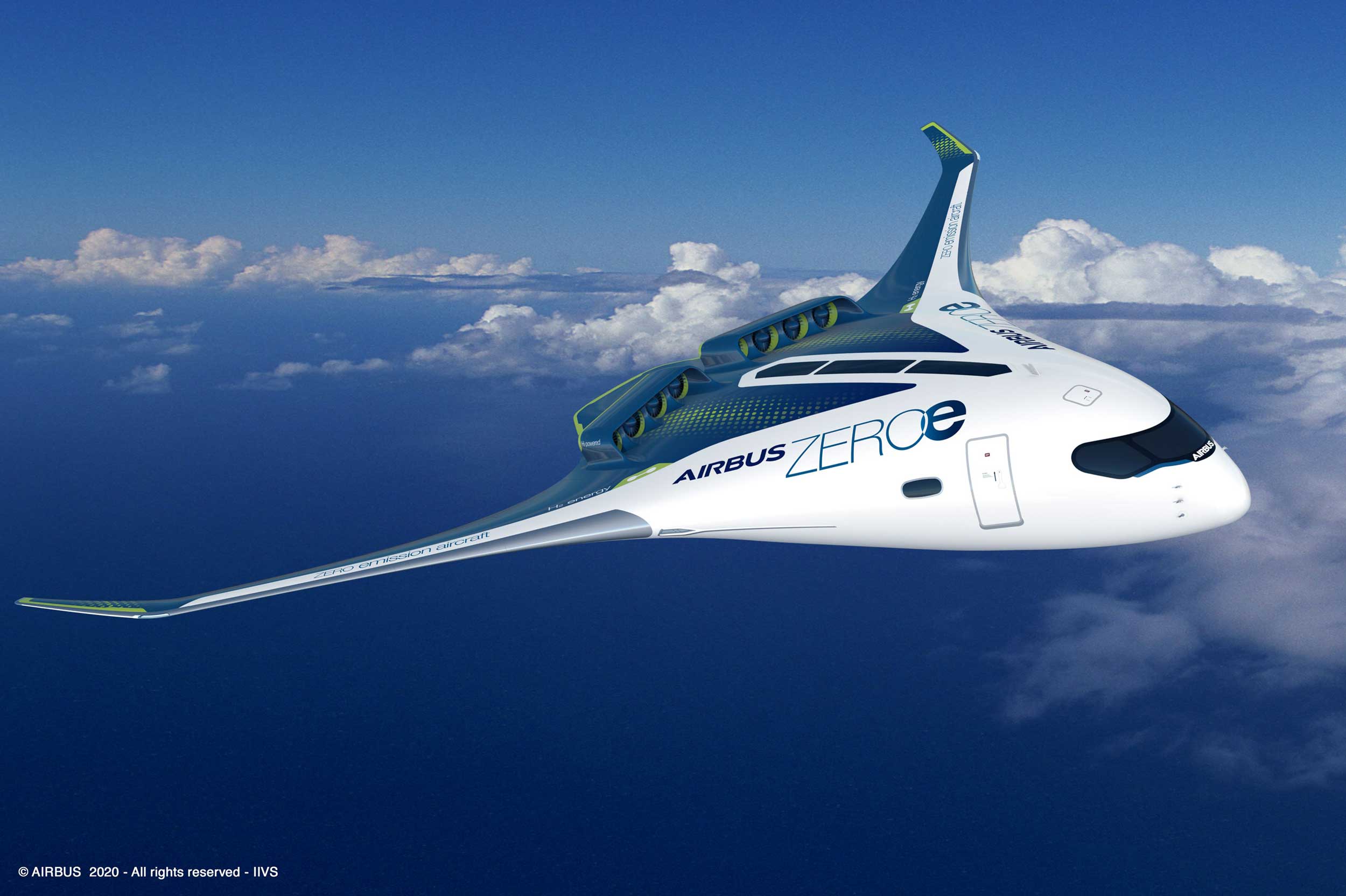 The three concepts – all codenamed ZEROe – for a first climate neutral zero-emission commercial aircraft include:

“These concepts will help us explore and mature the design and layout of the world’s first climate-neutral, zero-emission commercial aircraft, which we aim to put into service by 2035,” said Faury.

“The transition to hydrogen, as the primary power source for these concept planes, will require decisive action from the entire aviation ecosystem.

“Together with the support from government and industrial partners we can rise up to this challenge to scale-up renewable energy and hydrogen for the sustainable future of the aviation industry.”

Airports will require significant hydrogen transport and refuelling infrastructure to meet the needs of day-to-day operations.

Support from governments will be key to meet these ambitious objectives, said Airbus. This includes increased funding for research & technology, digitalisation, and mechanisms that encourage the use of sustainable fuels. Older, less environmentally friendly aircraft would need to be retired earlier.

Creating a greener aerospace sector is key to the industry bouncing back from COVID-19, according to new research. The second part of Protolabs’ Hor...