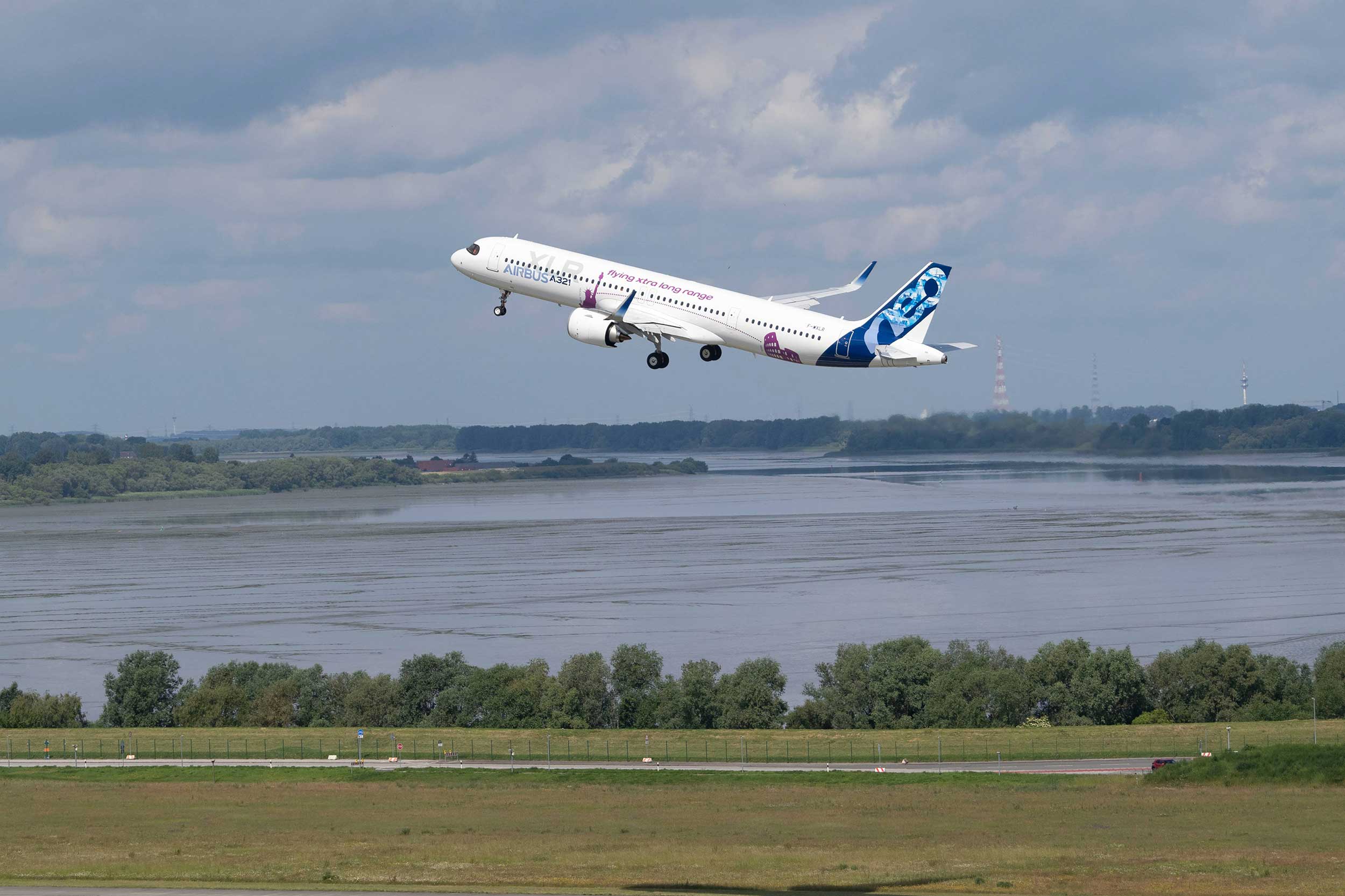 A single-aisle ‘narrowbody’ aircraft based on a short-haul airframe capable of flying non-stop from London to Miami and with a max range of 4,700nm? That’s what Airbus is claiming for its A321XLR (Xtra Long Range) which made its first flight this week.

The aircraft, MSN 11000, took off from Hamburg-Finkenwerder Airport at 11:05 hrs CEST on 15 June 2022 for a test flight which lasted approximately four hours and 35 minutes.

Philippe Mhun of Airbus, said, “This is a major milestone for the A320 Family and its customers worldwide.

“With the A321XLR coming into service, airlines will be able to offer long-haul comfort on a single aisle aircraft, thanks to its unique Airspace cabin.

“The A321XLR will open new routes with unbeatable economics and environmental performance.” Entry into service is targeted for early 2024. 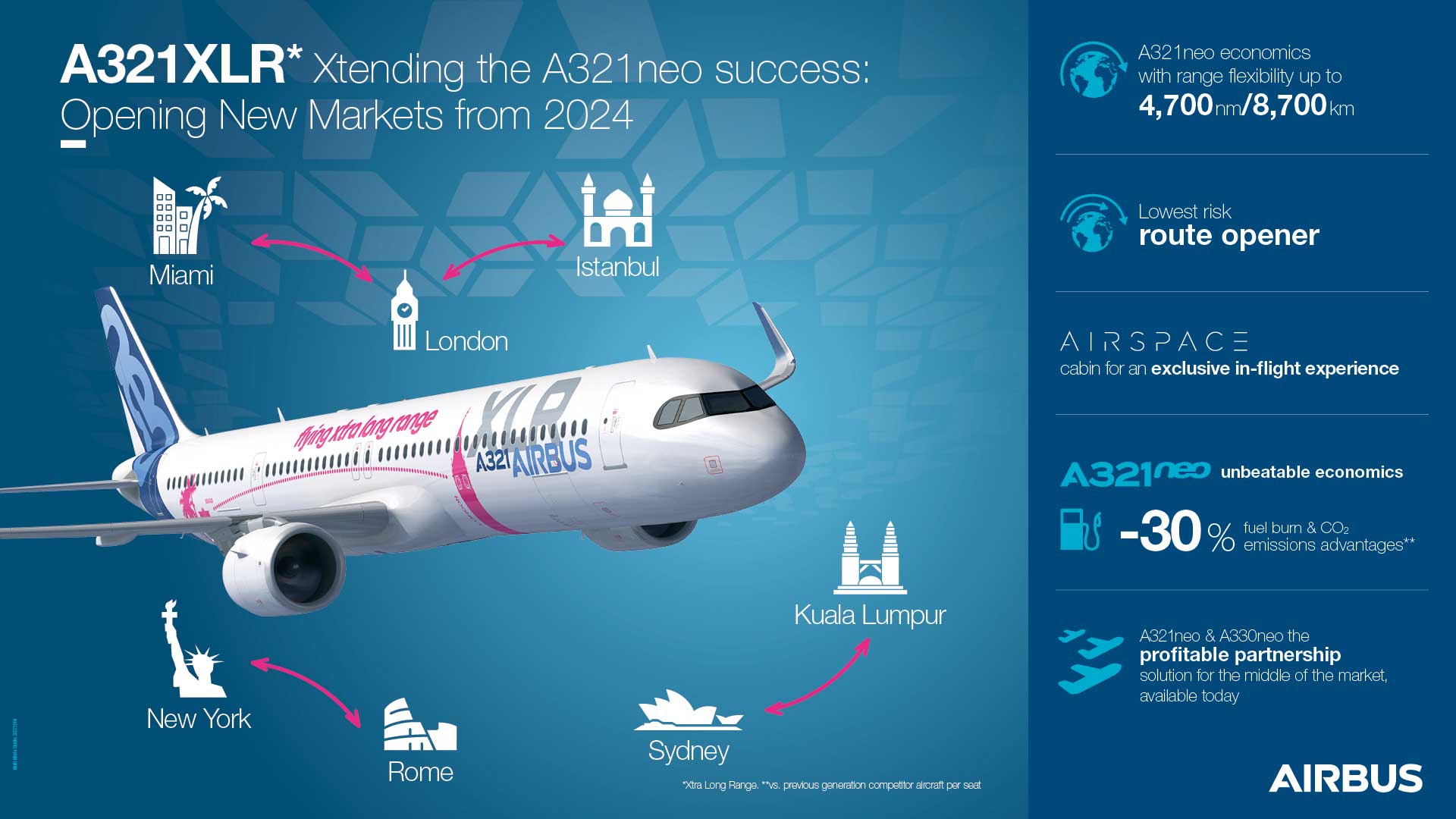 The A321XLR is the next evolutionary step in the A320neo single-aisle Family of aircraft, meeting requirements for increased range and payload.

Airbus says the A321XLR will deliver an unprecedented single-aisle aircraft range of up to 4,700nm (8700 km), with 30% lower fuel consumption per seat compared to previous-generation aircraft, as well as reduced NOx emissions and noise.