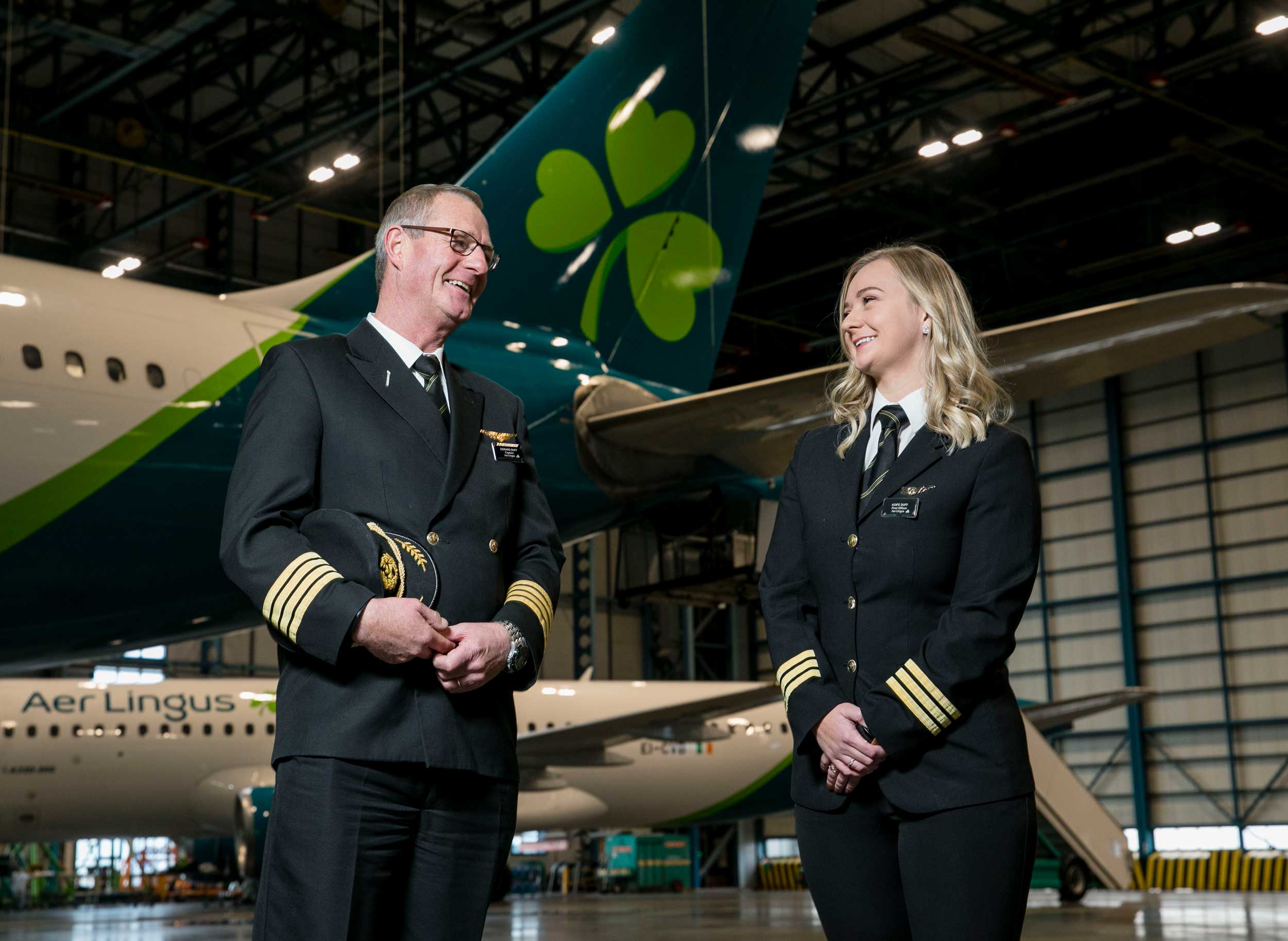 Ok, your roster arrives for the long haul week ahead and who are you flying with? Your Dad! Or in Dad’s case – his daughter!

Yes, Captain Gerry Duff and First Officer Aoife Duff, who both fly for Ireland’s national carrier Aer Lingus, flew together for the first time in December..

The Duffs were coincidentally rostered to co-pilot their milestone first flight together from Dublin to Seattle on Aer Lingus flight EI143, operating an Airbus A330 aircraft.

Captain Gerry Duff recently celebrated his 30th year working with Aer Lingus, while daughter Aoife joined the airline through its cadet programme two years ago and recently completed her Airbus A330 training for transatlantic travel. The Duffs are currently the only father-daughter pilot duo flying with Aer Lingus.