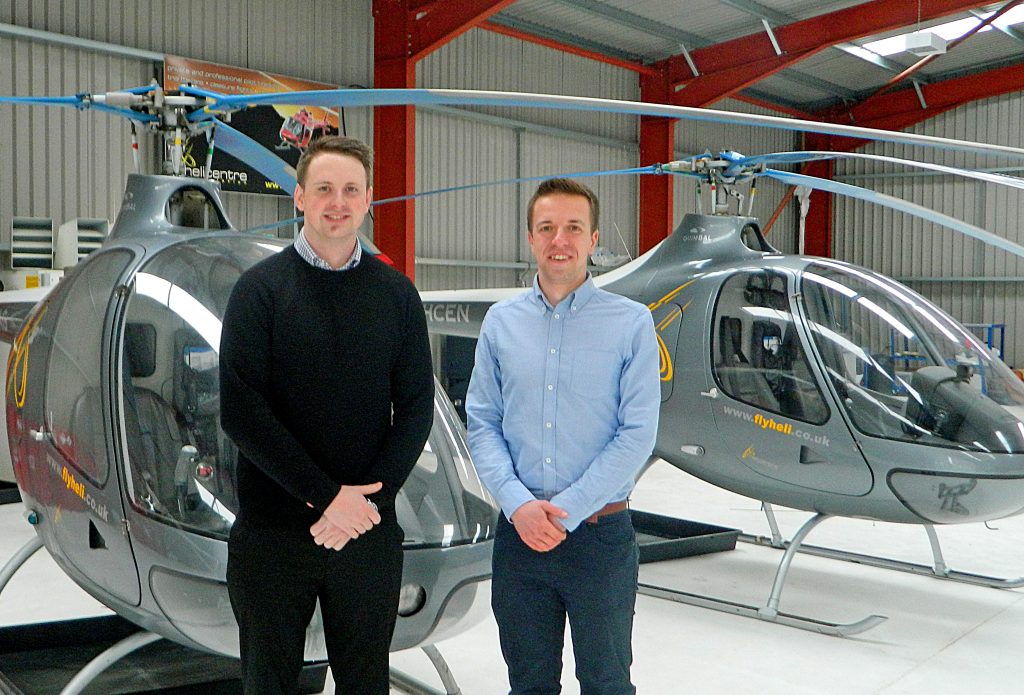 Since the launch of its Scholarships programme in 2012 the Academy has already invested over £250,000 into the training of selected pilots. The recent awards have been the largest single investment so far and have brought the total number of Scholarship winners to twelve, many of whom are already working as professional helicopter pilots and Flight Instructors.

Callum Tinnion, the Sponsorship winner, completed his PPL(H) last year and has just over 70 hours. This is the first ever Sponsorship offered by the company, which unlike others in the industry, covers the full cost of all the required flying from hour-building to commercial ground and flight training, as well as the Flight Instructor course, totalling over 180 flying hours, that Callum will never have to pay back. Training will be undertaken in-house at the company’s Midlands-based facility on a variety of helicopter types including the Guimbal Cabri G2, the company’s flagship training platform.

Callum was absolutely delighted to learn he had been chosen for the award after such a rigorous selection process. He said, “The Sponsorship will allow me to focus all my energy into what I have wanted to do for as long as I can remember, and I look forward to taking on the challenges of training and in working in this dynamic industry” he remarked. Immediate full-time employment has been guaranteed for Callum on completion of training as part of the Sponsorship award.

Joe Hynes received the CPL(H) Scholarship award which funds training through to Commercial Pilot Licence, including all hour building with the opportunity to work for the company on completion. “There are no words to fully describe winning the Scholarship” said Joe. “It has proven to me that anything is possible with the right attitude and support, and I am looking forward to working closely with Helicentre.” Joe plans to continue onto his Flight Instructor training after gaining his CPL(H).

Helicentre Aviation Academy will be awarding two further scholarships in 2016 and currently seeking suitable applicants who can meet the entry criteria by 30th September 2016. Interest can be registered by visiting www.helicopterscholarships.com

Flight simulator maker Entrol has launched a new FNPT II for the Airbus Helicopters H125. The H05 FNPT II simulator is based on the H125, also known a...

Two sponsored places are available on a training course for commercial drone pilots from The Air League. The sponsorships are being provided by drone ...