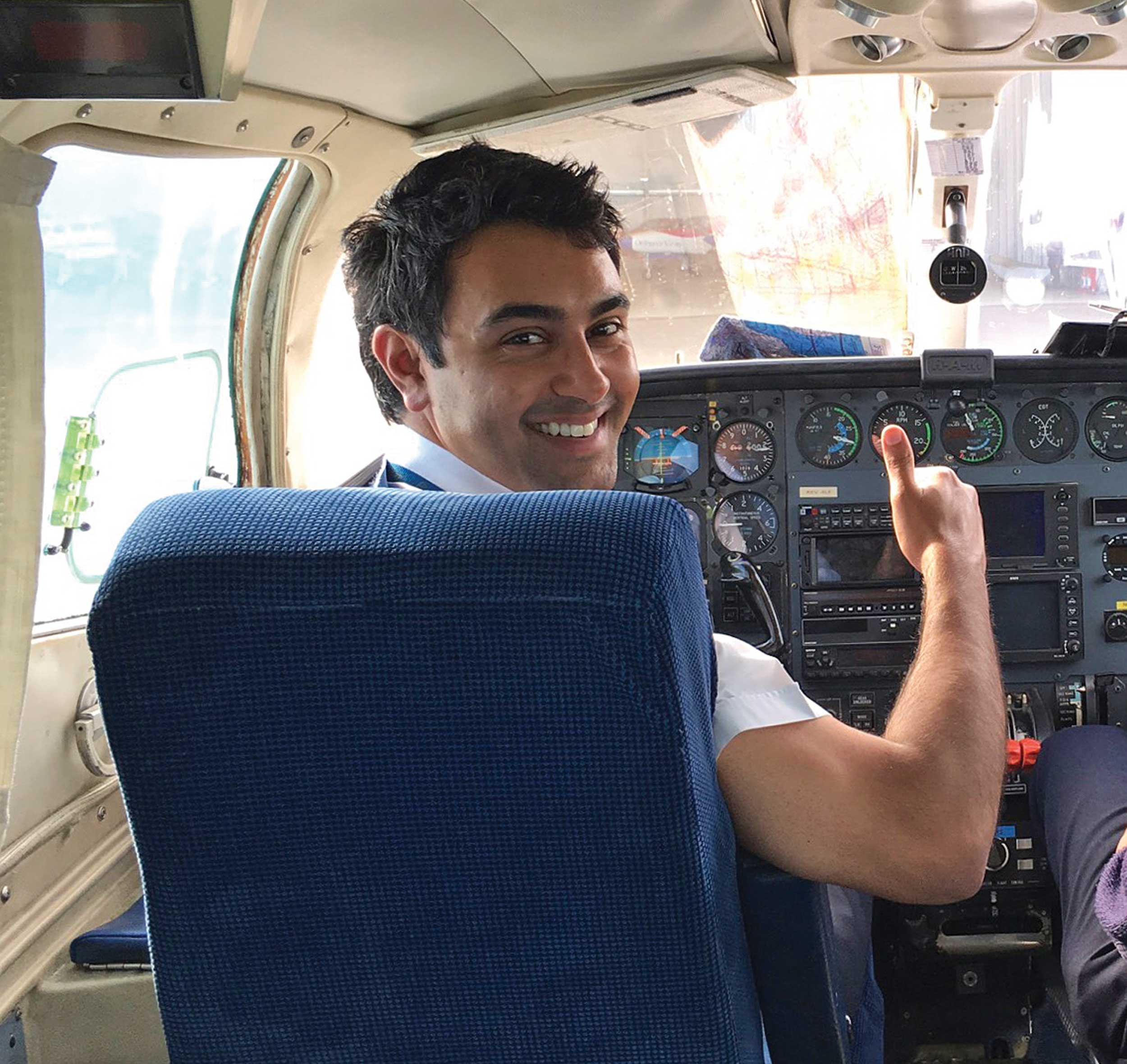 This article first appeared in Flyer in August 2018

No two shifts are the same for this aerial surveillance pilot, who collects a range of data while flying over survey sites

How did you get into aviation?

My passion started when I flew on an airliner for the first time. Later, aged 11, I became aware of the Leicestershire Aero Club, which was  just down the road.

No one else in my family was interested in aviation, but I knew I wanted to fly. After my first trial lesson at 13, I was immediately keen on becoming a pilot! From the moment I got my first job, at 14, I self-funded my lessons and six years later I’d obtained my PPL.

I currently only fly aerial surveys, but no shift is the same – the location, altitude and aircraft change from day to day. Once a call comes in, we head to the survey location, usually somewhere in the UK, to collect data by flying a series of survey lines.

Aerial surveillance flying requires good navigation skills and precise hands-on input which, for me, is one of the biggest thrills.

You sometimes have to cross busy airspace to get to the survey location, and at the site, you need to stay within approximately five metres of the survey line.

That might sound easy, but with a wide range of ground speed requirements, typically 120-160kt, strong upper winds and turbulence can make it challenging.

You can’t go too fast, so you have to manage your speed by using flaps. You can’t pitch or roll more than around five degrees either but you need to stay on the line, so using rudder is essential. Flying up and down each of the survey lines on your screen is a bit like a computer game!

Survey pilots have to enjoy flying. That sounds obvious, but with a typical flight lasting four-to-eight hours, you spend lots of time in the air.

Being flexible is also important because plans can change at the last minute.

Getting to see the scenery is a huge advantage of my job – I love flying to the coast or Wales, looking out over the countryside. Actually, I’m still getting used to the fact that I can log all these flying hours and get paid for it – it’s amazing! 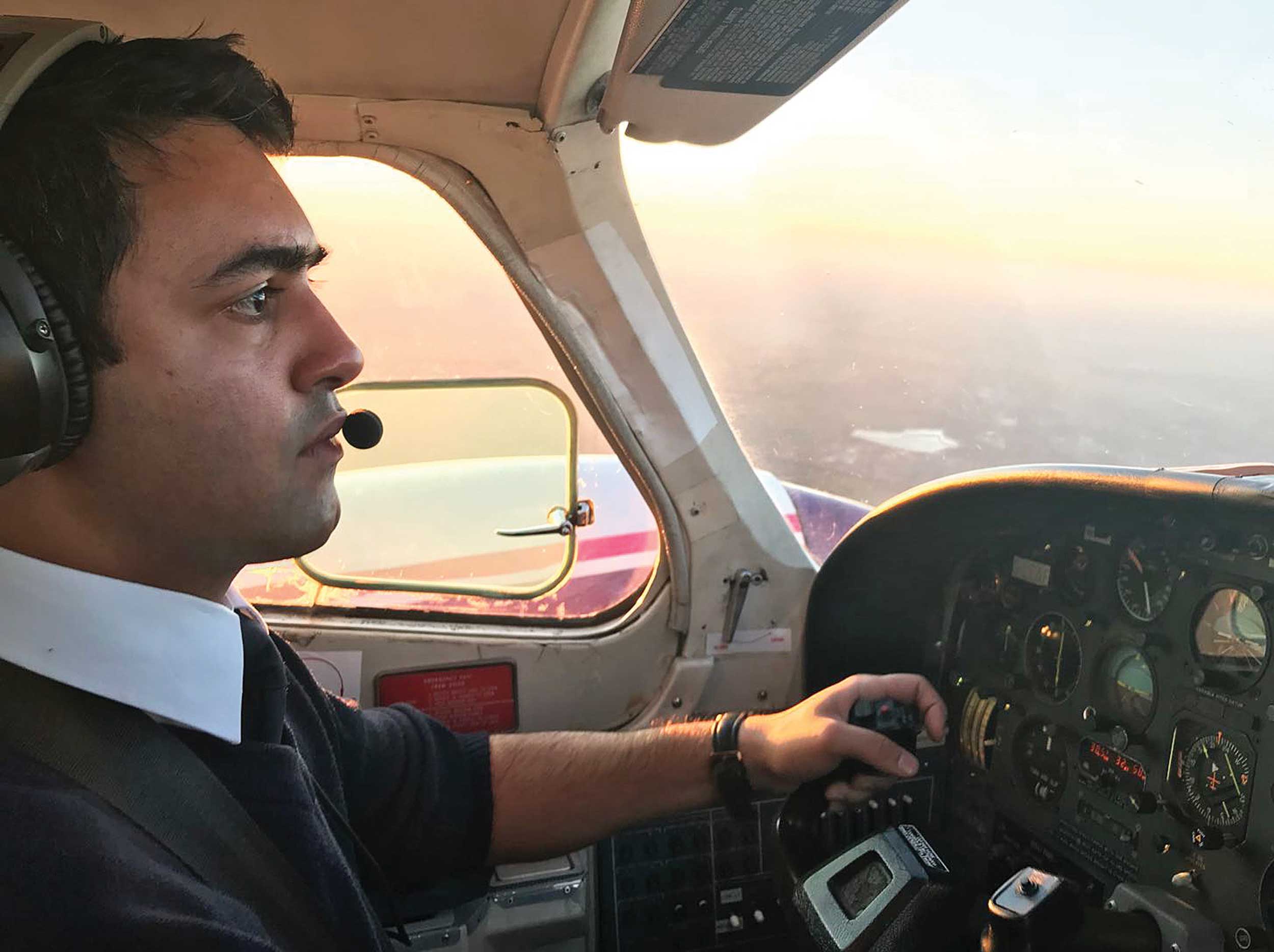 Eyes front, as Stefan concentrates on his flying

I already had my PPL when I joined RVL Group as an Operations Officer in 2014, and I completed the ATPL exams in my spare time.

As I’d proved myself on the job by working really hard, the company, aware of my aspirations to become a commercial pilot, offered to sponsor me through my CPL, Multi-Engine and Instrument ratings.

I did that training at Command Pilot Training, Coventry, which helped as many of the procedures I learned are similar to the ones in my work.

I qualified as a commercial pilot last July, but still had to learn the job on the line, with an experienced colleague teaching me how to conduct survey flights. Recently, I did a type rating for the Reims-Cessna F406 turboprop.

A survey I did in Malta, some weeks ago. We flew over the whole archipelago, which was incredible. Then, after a week of work, I got to fly the aircraft back to the UK, which was the the longest distance that I’ve ever flown.

I also really enjoy making night survey flights over Central London – you can see the entire city from the air, which is a remarkable sight.

I hold Leicester Airport close to my heart as I worked at Leicestershire Aero Club and it’s where I obtained my PPL. The people there have become my friends and seen me develop as a pilot – I’ll always be a member there.

Until now I’ve been too busy. During my first year flying, there’s been so much to learn that I’ve wanted to concentrate totally on my work.

And on my days off there are many other things which need to be done, so I haven’t yet had the time for private flying. However, I’m looking forward to building my tailwheel experience in the near future.

‘Keep going and you’ll get there in the end’. I was told that by Peter Green, a commercial pilot who’s one of my good friends and role models.

To enjoy a career as a commercial pilot, you don’t have to be rich, just work hard, stay positive and never give up.

Stefan D’Cruz makes survey flights for the RVL Group, which include the use of LIDAR and digital photography, for environmental monitoring and flood, thermal, tree and OS-mapping purposes.