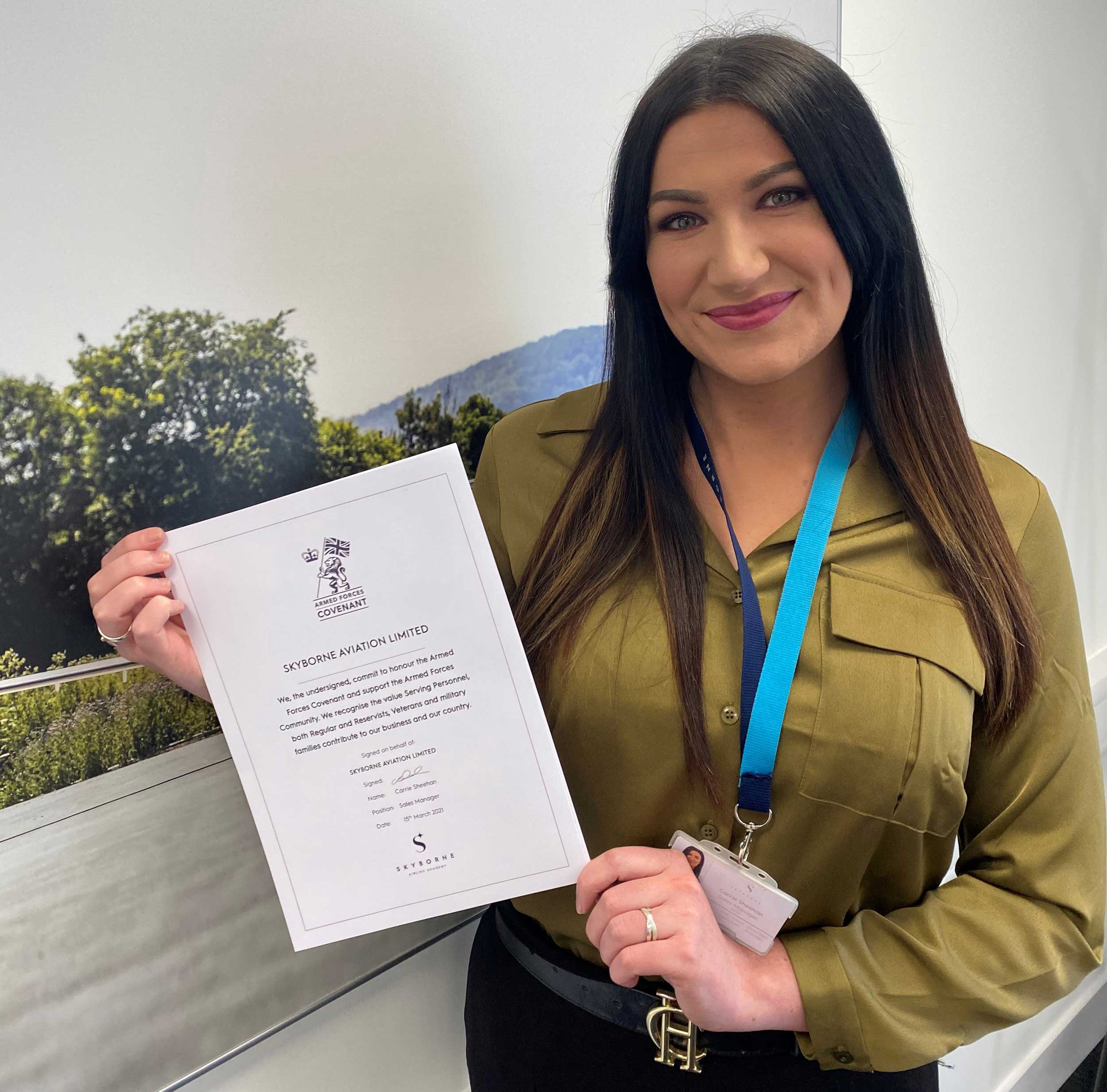 Gloucestershire Airport-based Skyborne Airline Academy has signed the Armed Forces Covenant – a promise from the nation that those who serve or have served in the Armed Forces, and their families, are treated fairly.

The Covenant was signed by Carrie Sheehan, Skyborne’s sales manager, who is a Royal Air Force veteran. Carrie began her military career at the age of 16. Her time in the RAF included roles in flight operations, air traffic control and as an instructor, with multiple tours across the UK and Afghanistan.

In June 2020, Skyborne was named as an Approved Learning Provider for serving military personnel and service leavers, allowing them to use up to £2,000 per year of funding from Enhanced Learning Credits (ELC) towards the cost of their pilot training.

Skyborne Graduates take to the skies with Wizz Air

Sophie’s route to becoming a pilot

Skyborne Airline Academy Vero Beach is to work with leading European ATO Hub’air to train up to 40 pilots a year at its base in Florida, United States.